The fight against inflation will "paint" and "will take time", warns the boss of the Fed

In a resolute and remarkably candid statement to the central bankers' conference in Jackson Hole, Wyoming, the Fed chairman warned that the U. 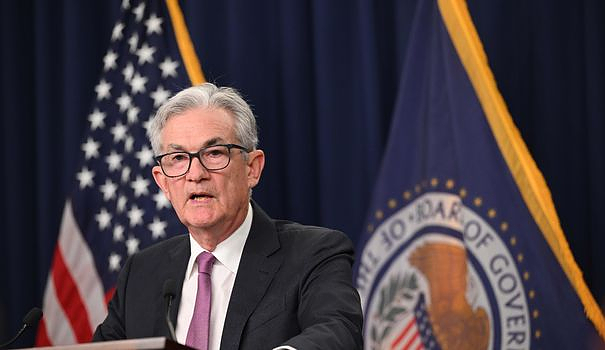 In a resolute and remarkably candid statement to the central bankers' conference in Jackson Hole, Wyoming, the Fed chairman warned that the U.S. central bank would use its tools "vigorously" in raising interest rates. interest.

Returning to price stability "will take time" and will lead to "a long period of weaker growth" as well as "a slowdown in the labor market", he hammered in an exceptionally short but determined speech, a few month of the midterm elections for the Democratic administration of Joe Biden.

Inflation in the United States prances to 8.5% in July over one year, against 9.1% in June, a highest in 40 years, according to the CPI consumer price index.

According to another indicator closely observed by the Fed, the PCE index, published on Friday, it fell to 6.3%, against 6.8% over one year.

"While these recent declines in July are welcome, an improvement over just one month is far from sufficient" and will need to be confirmed, Mr Powell said.

The Central Bank wants to bring price inflation back to around 2%, and this policy will have "a series of 'unfortunate costs,'" Mr Powel said.

He reiterated that the Fed was ready for “another exceptionally strong rate hike” at the next meeting of the Monetary Committee on September 21, after already two consecutive tightenings of 75 basis points (0.75%).

The central banker warned the markets that interest rates would go into "restrictive" territory and that the neutral rate bar which reflects the ideal level of rates, generally assessed around 2.5%, so as not to create either overheating or cooling the economy, was hardly topical for the moment.

“Estimates of the long-term neutral rate are not a threshold where one should take a break,” he warned.

Mr Powell admitted "that at some stage it will be appropriate to slow the pace of rate hikes" but he added a caveat to this notion already reported, which had delighted financial markets recently.

“History shows that we must be careful not to relax monetary policy too soon,” he warned, in this message that he wanted “direct”.

Like every year, but this time even more so, the speech of the head of the most powerful central bank was the center of attention at the Jackson Hole symposium, face-to-face for the first time since 2019.

Mr Powell acknowledged that "current inflation was a global phenomenon and that many economies around the world were facing price increases equal to or even greater than that of the United States".

To cool overheated prices, since last spring the Federal Reserve has pushed overnight rates, which influence all other credit, from zero to a range between 2.25% and 2.50%.

Several times in his speech, Mr. Powell quoted an illustrious predecessor at the head of the Central Bank, Paul Volcker, credited with having with an iron fist suppressed runaway inflation in the early 1980s.