"At the end of the 1980s, when I was a Franciscan religious, I made inappropriate gestures towards a young adult woman, behavior that I deeply regret", writes in a press release issued by the Conference of Bishops of France (CEF ) the former archbishop (2007-2017) of Strasbourg, now 81 years old. 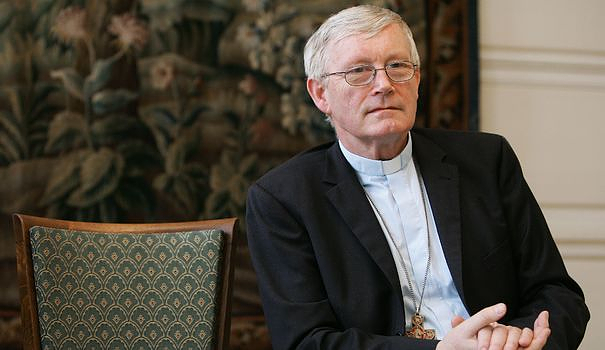 "At the end of the 1980s, when I was a Franciscan religious, I made inappropriate gestures towards a young adult woman, behavior that I deeply regret", writes in a press release issued by the Conference of Bishops of France (CEF ) the former archbishop (2007-2017) of Strasbourg, now 81 years old.

"I lost my way and I hurt a person. The forgiveness that I asked him, I also express to all his relatives, as well as to all those who today will be bruised, under the shock of this revelation", continues Bishop Grallet.

"I wish, by this public declaration (...), to contribute to the process of truth and to assume my responsibility", further indicates the archbishop emeritus, who lives retired at the sanctuary of Notre-Dame de Bonne-Fontaine, in Moselle.

This admission comes a week after the press conference of Mgr Éric de Moulins-Beaufort, archbishop of Reims and president of the CEF, who had plunged Catholics into amazement by revealing that eleven former bishops had had to deal with civil justice or the justice of the Church for sexual violence or "non-denunciation".

In the press release released on Wednesday, the prelate specifies that Bishop Grallet “is one of the three bishops out of office” then mentioned “as being the subject of criminal and canonical investigations.

Born in 1941 in Rozelieure (Meurthe-et-Moselle) to farming parents, Bishop Grallet studied at the Grand Séminaire de Nancy. He was notably chaplain in several high schools and universities and Franciscan "visitor general" in Canada, Morocco, Rwanda, Madagascar, Togo and Ivory Coast.

The facts "of a sexual nature" had been reported in January to the Strasbourg prosecutor's office by the current Archbishop of Strasbourg, Mgr Luc Ravel, indicated in a press release the prosecutor of the Republic of Strasbourg, Yolande Renzi.

"A criminal investigation entrusted to the research brigade of the Strasbourg gendarmerie is still in progress," added the magistrate, who does not indicate whether Mgr Grallet was heard.

Neither the exact nature of the facts nor the place where they were committed have been specified.

"A canonical investigation is currently underway and a report to the civil justice system has been made," said Bishop Grallet.

"From now on, pending the conclusions of the canonical and civil investigations, I am withdrawing from public speaking," he added.

According to his successor, Bishop Ravel, the facts date back "to the fall of 1985 when" Bishop Grallet "was a priest".

They "were brought to my attention by the victim in December 2021. I made a report to the prosecutor of the Republic of Strasbourg in January 2022. The Roman authorities were also seized", a- he said in a statement.

"In the name of all the bishops of France, Mgr de Moulins-Beaufort would like to express his compassion for the person who was the victim" of the "serious" behavior of Mgr Grallet, a "religious who later became a bishop", indicates CEF again in the press release.

“35 years ago, when I was parish priest, I behaved in a reprehensible way with a 14-year-old girl. My behavior necessarily caused serious and lasting consequences for this person,” Cardinal Ricard wrote, without giving more details on the facts of which he incriminates himself while he was stationed in Marseilles.

The Marseille public prosecutor's office and the Vatican have each opened an investigation targeting the latter.