Switzerland wants to build the repository for nuclear waste on the border with Germany, a few kilometers south of the German municipality of Hohentengen. 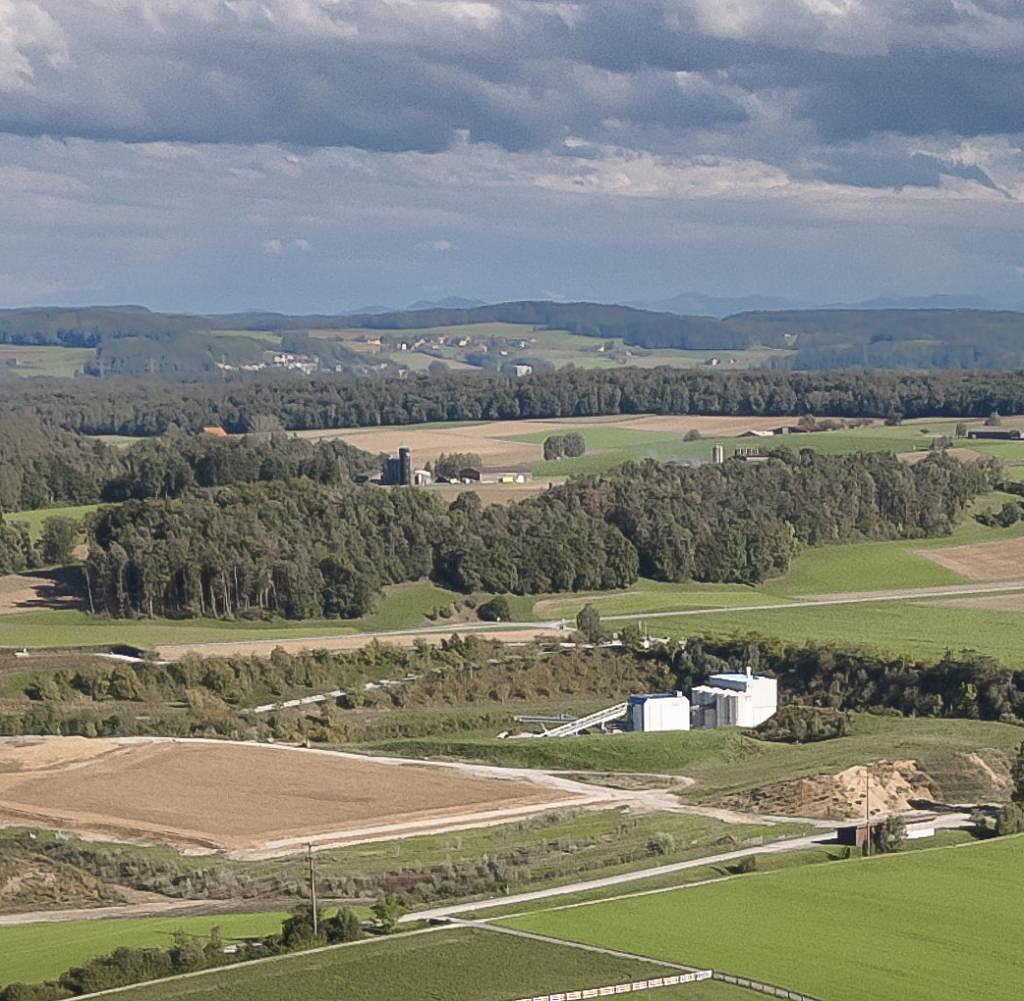 Switzerland wants to build the repository for nuclear waste on the border with Germany, a few kilometers south of the German municipality of Hohentengen. This was announced by the spokesman for the National Cooperative for the Disposal of Radioactive Waste (Nagra), Patrick Studer, on Saturday. The decision was originally announced for Monday morning. There were two other locations to choose from, which are also very close to the German border.

The selected region north of Langern is partly within sight of towns in Hohentengen in Baden-Württemberg. There, the waste is to be embedded in Opalinus Clay at a depth of several hundred meters. "The required confinement time is around 200,000 years for high-level waste and around 30,000 years for low- and intermediate-level waste," says Nagra's website.

Specifically, it is about 9,300 cubic meters of high-level radioactive waste and 72,000 cubic meters of low- and intermediate-level radioactive waste. They come from what was once the five Swiss nuclear power plants, as well as from medicine and industry. Four nuclear power plants are still operating. They should not be replaced, but may be operated as long as their safety is guaranteed. That may go as far as the 2040s.

The Federal Environment Ministry described Switzerland's decision as a burden for the affected communities. The location of the planned site close to the border "represents a great burden for this and surrounding communities both in the construction phase and in the operation of the repository," said Christian Kühn, Parliamentary State Secretary in the Federal Ministry for the Environment and member of the Bundestag from Baden-Württemberg, on request.

"I am working with Switzerland to ensure that the existing good integration of the German neighbors is continued." At the same time, Kühn emphasized that it is "right and important" that the geology is the decisive criterion for the selection of a repository site. In Germany, the decision for a dedicated repository site for highly radioactive nuclear waste will be made in 2031 at the earliest.

The German communities near the border are primarily concerned with the issue of drinking water supply. “We have drinking water fountains everywhere, we have the Aare and Rhine nearby. The question of drinking water protection is a major concern of the population," says Martin Steinebrunner from the German Coordination Office for Swiss Deep Repository (DKST) at the Hochrhein-Lake Constance regional association.

It is still unclear where the packaging for final storage is to take place. The waste is currently in an interim storage facility for nuclear waste in Würenlingen, around 15 kilometers south of the German municipality of Waldshut-Tiengen.

Nagra intends to submit a planning application by 2024. The government then decides on the approval, and Parliament must approve the resolution. In Switzerland, however, a referendum can be enforced. That would probably not take place before 2031. If the decision is not rejected, then construction begins. The multi-year emplacement would begin around 2050. The camp would then be observed for several decades. Around 2125 it will be finally sealed and the structures on the surface will be dismantled.

‹ ›
Keywords:
NewsteamAtommüllendlagerSchweizNationale GenossenschaftKarrierePatrick StuderBundesumweltministeriumHohentengen
Your comment has been forwarded to the administrator for approval.×
Warning! Will constitute a criminal offense, illegal, threatening, offensive, insulting and swearing, derogatory, defamatory, vulgar, pornographic, indecent, personality rights, damaging or similar nature in the nature of all kinds of financial content, legal, criminal and administrative responsibility for the content of the sender member / members are belong.
Related News