Stellantis is gradually converting all its French sites to electric

The Peugeot 308, 308 station wagon and 408 electric will notably be produced in Mulhouse (Haut-Rhin), said Mr. 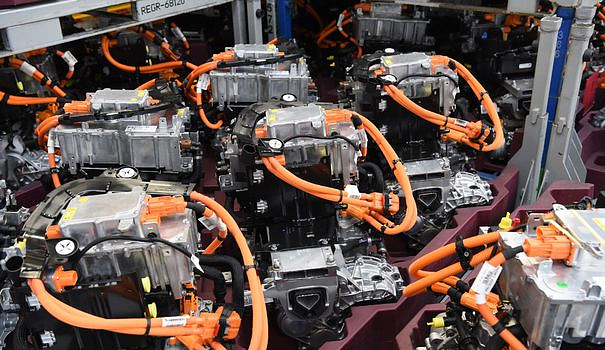 The Peugeot 308, 308 station wagon and 408 electric will notably be produced in Mulhouse (Haut-Rhin), said Mr. Tavares alongside the President of the Republic Emmanuel Macron, who was visiting the Peugeot stand.

The 3008 and 5008 electric SUVs will be produced in Sochaux (Doubs) and Citroën's future electric SUV in Rennes, the group said.

“We are in the process of giving credibility to this trajectory that we have set for ourselves, that of obtaining two million electric vehicles produced in France in 2030”, greeted the President of the Republic.

"We have already secured one million by 2026-2027," continued Mr. Macron. "We will be there to support and accompany over the long term, to make France once again a great automotive land of tomorrow", he promised.

The Franco-Italian-American group Stellantis, in which the French state is a shareholder, notably already produced the electric DS3 and Opel Mokka in Poissy (Yvelines) and electric utilities in Hordain (North). The group will also produce electric batteries in Douvrin (Pas-de-Calais).

Its competitor Renault, for its part, has multiplied the announcements concerning the production in France of its electric R4 and R5.

While the transition to electricity raises fears of a resizing of factories, "all our industrial sites (in France) now have a future ahead of them that is clear", underlined Mr. Tavares, "and the technology necessary to face up to the competition, especially the Chinese competition that you can see today at this Mondial de Paris".

"The French sites of Stellantis are therefore all now electric and their productions will allow the company to be carbon neutral in 2038", underlined the group in a press release.