Police shootings during a check near Lyon: one dead, one very seriously injured

The General Inspectorate of the National Police (IGPN) has at the same time been in charge of an investigation, concerning the police, for violence with a weapon by persons holding public authority which resulted in death without intention to give it, indicated the prosecution. 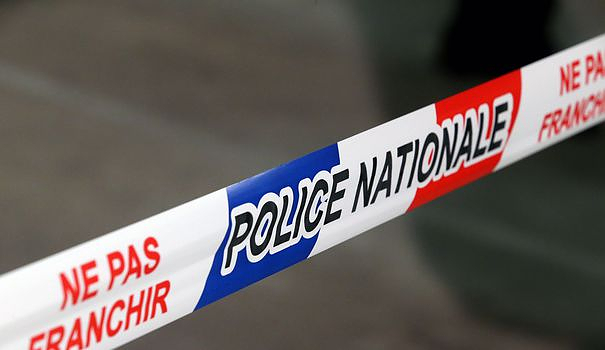 The General Inspectorate of the National Police (IGPN) has at the same time been in charge of an investigation, concerning the police, for violence with a weapon by persons holding public authority which resulted in death without intention to give it, indicated the prosecution. of Lyon in a press release.

The two police officers who used their weapon were taken into custody and heard by the "police of the police".

The investigation for concealment of theft, aggravated refusal to comply and violence with a weapon against law enforcement officers was entrusted to the Departmental Public Security.

Around 12:05 a.m. on the night of Thursday to Friday in Vénissieux, a sensitive town very close to Lyon, four police officers on night patrol spotted a reported stolen vehicle parked in the parking lot of a shopping center, according to concordant information.

“While the police were preparing to check the car, the driver engaged reverse gear then forward gear, hitting a police officer who was thrown onto the bonnet of the vehicle,” according to the statement from the prosecution.

"The car continued to progress and two police officers, including the one positioned on the bonnet, used their weapon several times. The car ended its race a hundred meters further", according to the same source.

The passenger died instantly and the driver was hospitalized in absolute emergency, according to the prosecution - brain dead, according to a police source.

The police officer struck was slightly injured in the legs and examined at the hospital for examination, according to the prosecution.

Two sections of the CRS8, an elite unit of the national police, forty men, must arrive as reinforcements in Vénissieux on Friday evening, according to the police.

On a visit to Corsica, the Minister of the Interior Gérald Darmanin gave his "a priori support" to "all the police and gendarmes in France who face refusals to comply every day since there is one every half-hours in our country".

According to him, there was in Vénissieux "a clear aggression obviously against these police officers who were doing this control" and "so they opened fire".

"I want to point out that the car was obviously stolen. I want to see that the two people (...) are very unfavorably known to the police and that they refused to respond to a police check," he said. he said during a press briefing in Calvi.

The 20-year-old passenger was known for theft and receiving stolen goods and the 26-year-old driver was known for armed robbery, burglary and drug trafficking, according to sources familiar with the matter.

For Nicolas Bujdo, deputy departmental secretary of the National Alliance Police union, "the colleagues go to the control of a stolen vehicle, which starts, and they fire back. They fired to save their lives", as he said. told AFP.

The Defender of Rights decided at the end of June to take up ex officio three files concerning four deaths which occurred in the context of "refusal to comply": a motorist on March 26 in Sevran (Seine-Saint-Denis), two men in car on April 24 on the Pont-Neuf in Paris and the passenger of a vehicle in the 18th arrondissement of the capital on June 4.

The legal consequences were different: the police officer who shot and killed a motorist in Sevran was indicted for "willful violence resulting in death without intention of giving it". The agent who used his assault rifle near the Pont-Neuf was indicted in particular for "intentional homicide". The three officials who fired in the 18th arrondissement have been released from police custody without legal proceedings at this stage.