Piqué retires: the footballer with a master's degree at Harvard who wants to succeed in business 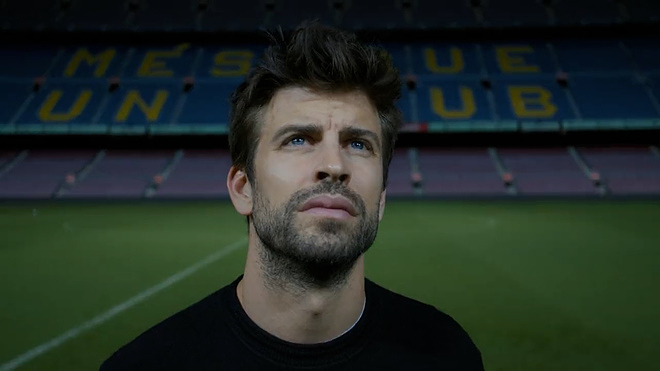 No official press releases or PR teams. Gerard Piqué is faithful to his strategy of communicating on social networks. "This Saturday will be my last game at the Camp Nou," he announced this Thursday in a Twitter video. The Futbol Club Barcelona defender has decided to retire from professional football, ending an 18-year career in the field in which he has scored 57 goals and played 102 international games for the Spanish National Team. As expected, with this decision his attendance at the Qatar World Cup, which starts this November, is also ruled out.

"You, culers, have given me everything, and now that the dreams of that child have come true, I want to tell you that it is time to close this circle. I have always said that after Barça there would be no other team, and that will be the case", The footballer has stated.

In addition to his extensive track record, which includes four Champions Leagues and eight LaLiga titles, Piqué has stood out over the years for being the most active footballer in the business world. His interest in business was demonstrated in 2017, when he spent his vacations pursuing a master's degree in sports and entertainment at Harvard.

This training has served to make his company Kosmos grow, which in the last five years has become the organizer of the Davis Cup and has acquired, together with Enjoy Television, the broadcasting rights of the French soccer league in Spain.

Kosmos, which has 100 people on staff, also has an athlete representation business whose main client is Dominic Thiem, former number three in the world tennis ranking and winner of the US Open in 2020.

Piqué's other great business venture is KOI, the eSports team that he founded in 2021 together with the popular streamer Ibai Llanos. The Catalan has been publicly involved in several events organized by the club, such as the broadcast of the Copa América final or the Balloon World Cup. Both events were organized in Port Aventura.

Until recently, the KOI team competed in League of Legends, Valorant and Teamfight Tactics leagues, three of the most popular video games today, but last October Ibai Llanos announced a merger with Rogue, another eSports club, for what the brand would also be present in competitions of Rocket League, Tom Clancy's Rainbow Six: Siege and Call of Duty.

At the content creation level, KOI has popular Twitch figures on staff, such as JuanSGuarnizo, Ander Cortés and Mayichi.

Blockchain technology has also caught Piqué's interest, as he recently participated in a financing round of almost 14 million euros for Goals, a play-to-earn soccer video game based on crypto assets. Based in Sweden, Goals is developing a multiplayer video game for PC and consoles in which players will have their own digital assets that they will earn during the game and with which they will be able to trade

The central defender also participated last year along with Antoine Griezmann or César Azpilicueta in another round of financing, in this case of 575 million euros, from Sorare, an international fantasy football platform. The platform, created in 2018 and based in Paris, wants to incorporate the 20 main soccer leagues and extend to other sports to reinforce its position as a world leader in NFT-based fantasy sports.

Along with these businesses, through Kosmos, Piqué has held a majority stake in FC Andorra since 2018. The team has risen in category in recent seasons and is currently in the Second Division.

The firm was also responsible for making the controversial 2018 video in which Antoine Griezman announced that he was renewing with Atlético de Madrid for the following season.

‹ ›
Keywords:
DirectivosdeportenegocioDeportesCataluña
Your comment has been forwarded to the administrator for approval.×
Warning! Will constitute a criminal offense, illegal, threatening, offensive, insulting and swearing, derogatory, defamatory, vulgar, pornographic, indecent, personality rights, damaging or similar nature in the nature of all kinds of financial content, legal, criminal and administrative responsibility for the content of the sender member / members are belong.
Related News