Oat and almond milk really are that healthy and environmentally friendly 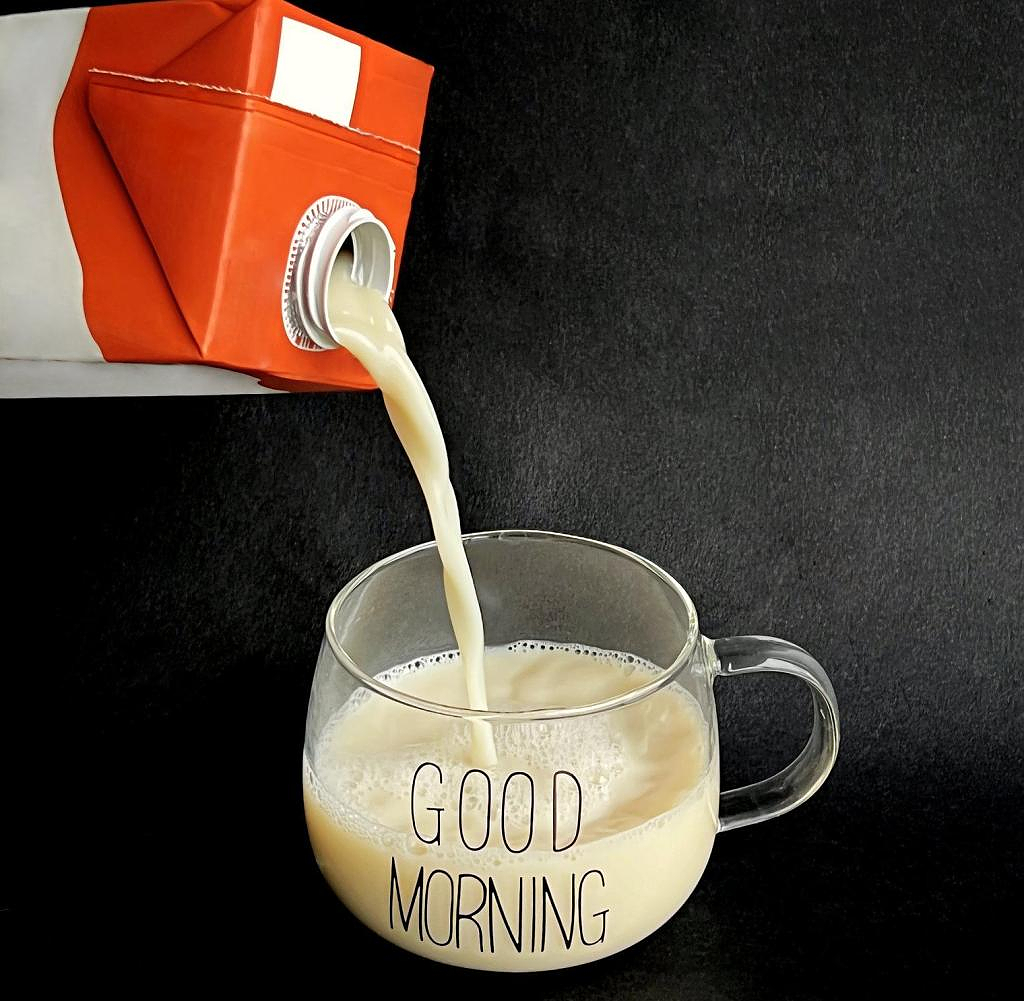 Musty soy milk was yesterday, today barista-edition oat or pea drinks promise delicious foam for the cappuccino. Plant-based alternatives to cow's milk have made it out of the health food niche. Numerous varieties are lined up on the supermarket shelves. In addition to almond, rice and coconut milk, there are also varieties made from cashew or hazelnuts, millet, spelt, rye, buckwheat and sunflower seeds waiting for buyers.

The plant-based variants advertise animal welfare and climate protection, among other things. They are "better for the planet", "pure and plant-based" and "particularly sustainable". The question of whether the ecological footprint of the drinks is smaller than that of cow's milk has been examined several times.

The alternatives usually perform much better. With regard to 71 plant-based drinks, the North Rhine-Westphalia consumer advice center came to the conclusion that their production caused significantly less environmental pollution than conventional milk production. Greenhouse gas emissions are about a quarter to half those of cow's milk. This applies in particular if the ingredients come from European production. In addition, the drinks - only the original can be called "milk" - are animal-friendly alternatives.

It was criticized that information on the climate balance was missing on many packs. The cultivation of almonds also requires a lot of water, which is why the balance on this point could be worse than with cow's milk, explained the consumer advocates. Information on water consumption can vary greatly, depending on the cultivation area and the irrigation system used, for example. In 2020, the Heidelberg Institute for Energy and Environmental Research (Ifeu) determined that the criterion for soy milk was worse than that for cow's milk.

The CO2 footprint of a food is central to the question of sustainability. It indicates the amount of greenhouse gases caused by the production and transport of one kilogram. The Ifeu study determined a value of 0.3 for spelled, oat and almond drinks and 0.4 for soy drinks. Milk production generated significantly more of the climate-damaging gases: cow's milk came to 1.4 and organic cow's milk to 1.7.

The Federal Environment Agency (UBA) generally advises the consumption of plant-based alternatives. Their ecological balance is better than that of cow's milk when you consider criteria such as greenhouse gas emissions and space requirements, says Anne Klatt from the UBA. Drinks made from grain, i.e. oats or spelt, are particularly recommended. Milk from almonds, on the other hand, would be consumed more sparingly, since these usually come from regions that are affected by water shortages, says Klatt.

A falling demand for cow's milk could have a positive impact on its production. For example, because this could lead to a higher percentage of cows standing on the pasture. Klatt rejects the argument that cow's milk has more protein and that you therefore have to drink more of the alternatives to get the same amount: "Other healthy and environmentally friendly foods, especially legumes and whole grains, are available to provide protein."

When it comes to the question of whether the plant drinks, which are more expensive on average, are healthier, there are pros and cons. In terms of nutrient content, they cannot be compared to cow's milk, says nutrition expert Silvia Monetti from the North Rhine-Westphalia consumer center. Because the milk from the cows should actually cover the entire daily requirement of growing calves.

In terms of protein content, soy drink comes closest, and other extracts from legumes such as peas or lupins also provide more protein than those from grain.

The plant-based alternatives also contain fewer calories, healthy fiber and are cholesterol-free, Monetti explained. She also refers to products that are enriched with vitamins, minerals such as calcium and trace elements. These are particularly recommended for children and young people as well as people who eat vegan.

However, since flavorings, stabilizers, emulsifiers and sugar are added to some plant drinks, the list of ingredients should be studied before buying. And the nutritional value table deserves attention: Even oat or rice drinks that are not additionally sweetened contain sugar, which is produced from the starch they contain during production.

‹ ›
Keywords:
KalorienErnährungspsychologieErnährungMilchHafermilchVeganerTexttospeechGesundheitKuhmilchHafer
Your comment has been forwarded to the administrator for approval.×
Warning! Will constitute a criminal offense, illegal, threatening, offensive, insulting and swearing, derogatory, defamatory, vulgar, pornographic, indecent, personality rights, damaging or similar nature in the nature of all kinds of financial content, legal, criminal and administrative responsibility for the content of the sender member / members are belong.
Related News