Laschet and Baerbock on posters in the Berlin election campaign

At least for a short time, the former CDU chancellor candidate Armin Laschet could be seen on a large poster in the current Berlin election campaign for the House of Representatives. 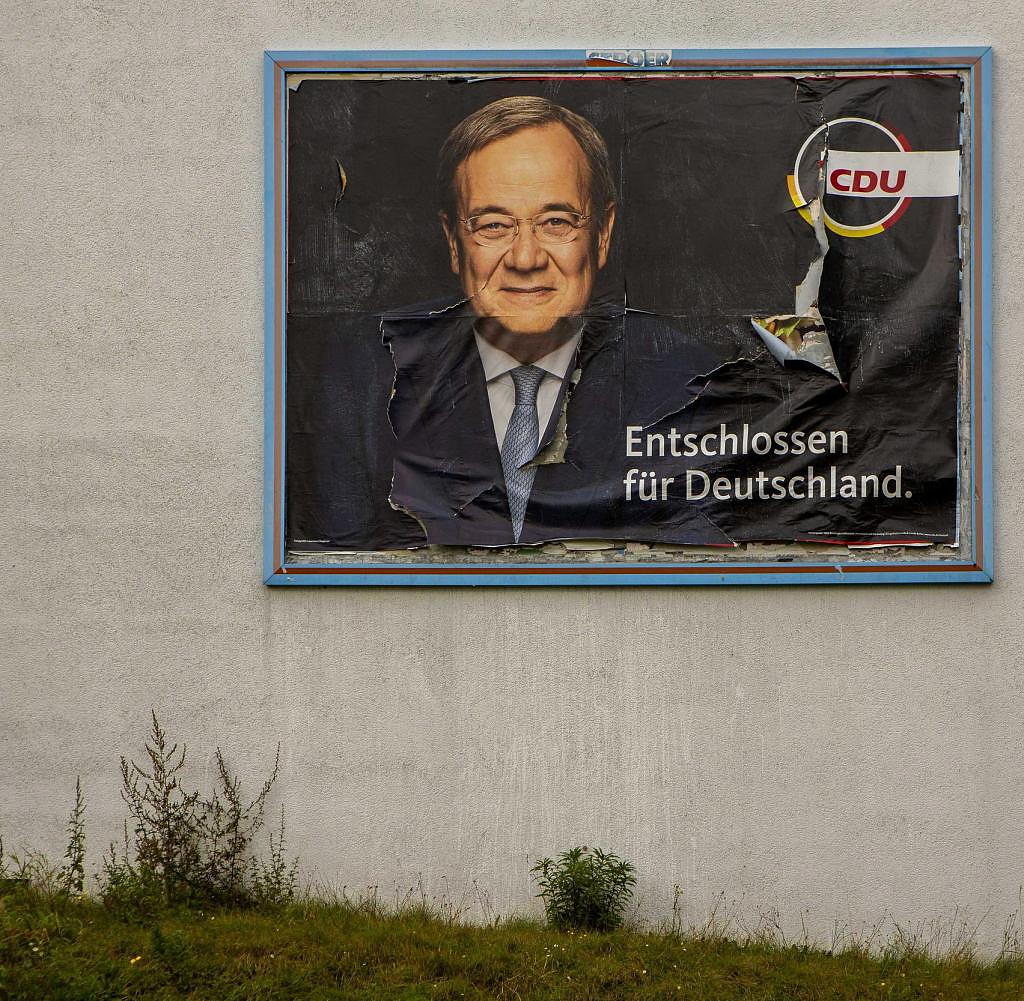 At least for a short time, the former CDU chancellor candidate Armin Laschet could be seen on a large poster in the current Berlin election campaign for the House of Representatives. On Tuesday morning, passers-by and drivers in the Berlin district of Steglitz-Zehlendorf noticed the poster in the street "Unter den Eichen", as "BILD" reported. However, it was removed shortly thereafter. Next to it was an old poster showing the current Federal Foreign Minister Annalena Baerbock, who ran as the Greens’ top candidate in the 2021 federal election.

The CDU poster with Laschet and the slogan "Determined for Germany" only hung there for a short time, said the spokesman for the state CDU, Michael Ginsburg, of the German Press Agency. "It's not up to us." The company that was commissioned by the CDU to post the poster is responsible for the error. "She put up the poster and wanted to repost it afterwards instead of doing that first," Ginsburg said.

The spokesman for the Greens state association, Michael Schroeren, said his party had nothing to do with the billboard, which still shows the Baerbock poster from the federal election campaign. "It was not put up by us and not on our behalf." He does not know which poster should actually be shown there.

"But we're happy for the free advertising," said Schroeren. "We don't need to hide Baerbock." In the parliamentary election campaign, an event with her is also planned at the beginning of February. CDU spokesman Ginsburg said he did not know whether his party's service provider accidentally put up the Baerbock poster.

On September 26, 2021, Berliners voted simultaneously for the House of Representatives, the district parliaments and the Bundestag. Laschet was the CDU’s candidate for chancellor in the federal elections, but the voters then ended up behind the SPD, whose candidate Olaf Scholz became chancellor. In the traffic light coalition with the Greens and FDP led by Scholz, Baerbock took over the Foreign Ministry.

On February 12, the elections to the House of Representatives and the district parliaments will be repeated in Berlin. In mid-November, the state constitutional court declared the previous year's election invalid due to numerous glitches and serious systemic deficiencies.

According to a decision by the Bundestag, the Bundestag elections in Berlin are to be repeated at least in part. The date is not fixed yet. The Federal Constitutional Court must first decide on this.

‹ ›
Keywords:
Bündnis 90Die GrünenCDUNewsteamBerlinBaerbockAnnalenaWahlkampfLaschetArmin
Your comment has been forwarded to the administrator for approval.×
Warning! Will constitute a criminal offense, illegal, threatening, offensive, insulting and swearing, derogatory, defamatory, vulgar, pornographic, indecent, personality rights, damaging or similar nature in the nature of all kinds of financial content, legal, criminal and administrative responsibility for the content of the sender member / members are belong.
Related News