La Zubia hosts the Lupularte Beer Fest on Saturday, the largest beer festival of the province

This weekend is a must-attend for beer lovers in La Zubia. 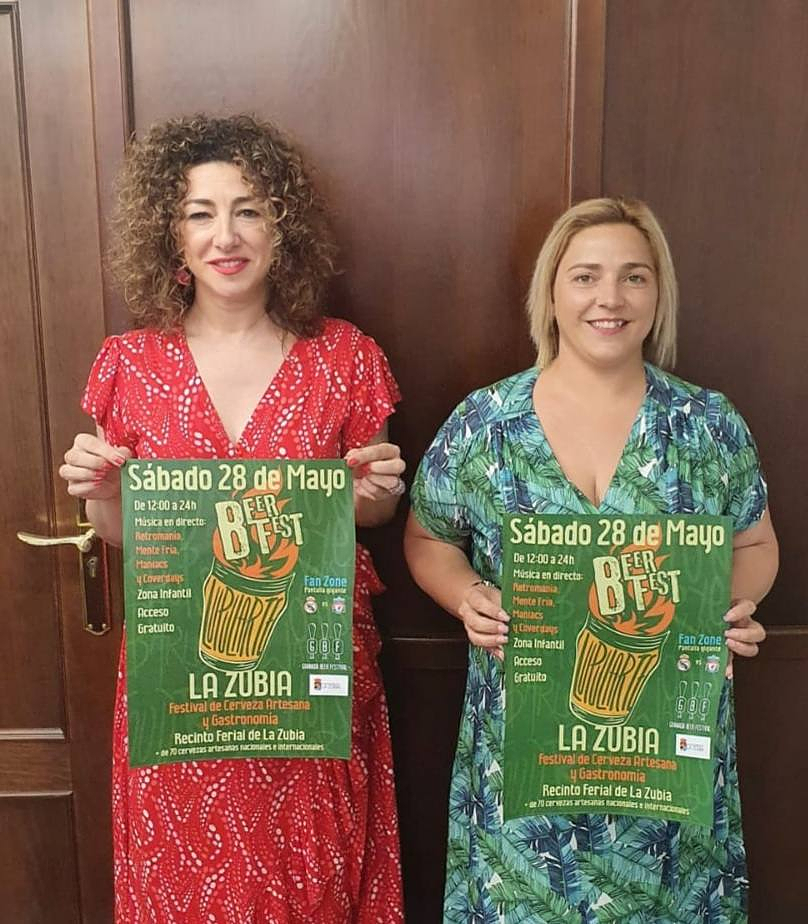 This weekend is a must-attend for beer lovers in La Zubia. This Saturday, May 28th, La Zubia will be hosting the Lupularte Beer Festival, which is the largest beer festival in the province. It's a continuation of the Beer Granada Festival.

Puri Lopez, the mayor of La Zubia and Natalia Arregui the Councilor for Festivities highlighted that the Lupularte Beer Fest will offer a variety of over 70 different types of craft beer from 20 national and internationally breweries. Some of these beers were awarded at the Mediterranean Beer Cup in La Zubia last March.

Arregui stated that all these beers will be served straight from the barrel in 16 rotating taps at the festival. There will also be a shop where you can buy craft beer and other products derived from beer like mead.

Live music will be provided throughout the day by Maniacs Retromania, Coverdays, Mente Fria and Maniacs. A DJ and Canela y Limon's dance school will also be performing.

"We will also have 12 bars and restaurants in La Zubia that will serve the best local cuisine with rich and varied dishes of different styles throughout the day. We will also have a toy library that will be open from 2:00 p.m. until 5:00 p.m., and from 8:00 to 23 hours. This will allow the parents and the children to have fun while they enjoy the fair," said the mayor of La Zubia.

A huge screen will be set up at the organization, measuring six meters in length, so that fans can watch the Champions League final live.

Councilors for Fiestas and the councilor encourage beer lovers in the province to "come this Saturday to La Zubia, where you can enjoy the largest beer festival in Granada, in that we are confident that we will have a great atmosphere."

‹ ›
Keywords:
ZubiaAcogeSabadoLupularteBeerFestMayorFiestaCervezaProvincia
Your comment has been forwarded to the administrator for approval.×
Warning! Will constitute a criminal offense, illegal, threatening, offensive, insulting and swearing, derogatory, defamatory, vulgar, pornographic, indecent, personality rights, damaging or similar nature in the nature of all kinds of financial content, legal, criminal and administrative responsibility for the content of the sender member / members are belong.
Related News