Julien Bayou denies the accusations against him and attacks Rousseau

"There is no Bayou case. 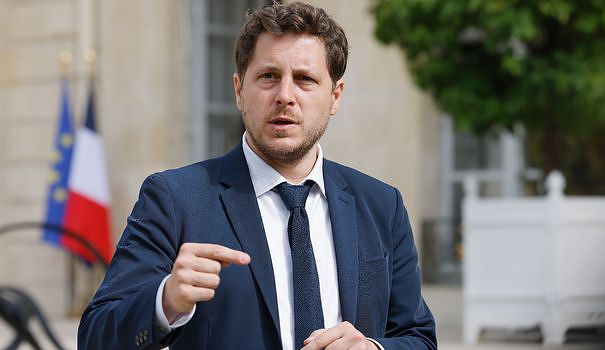 "There is no Bayou case. There is no accusation. There is no fact underlying the anathemas that I have heard," he said in an interview with the World about the accusations of psychological violence against his former companion, launched by Sandrine Rousseau on France 5 on September 19.

"She went too far. And everyone measures it," he says about his colleague, in a row from which he resumed his place in the National Assembly chamber on Tuesday. “We must not confuse feminism and McCarthyism”.

McCarthyism, "is to say: I have lists of men, it is to make accusations that you cannot contradict because there is no investigation", he adds, recalling having asked four times to be heard by the internal cell at EELV which had self-seized, several months ago, after an email from his former companion.

Asked about the revelation, in an article in Liberation, that he was the subject of "surveillance" by a group of feminist activists, he claims to have "hesitated to file a handrail" in 2019. "I I had to ask a woman activist to stop investigating me and above all to peddle rumors and accusations without proof".

"I see it as instrumentalization for a settling of scores," summarizes Mr. Bayou.

"I am invested with a mandate, I intend to carry it out", warned the deputy of Paris, offensive two days before the parliamentary days of EELV Thursday and Friday in Strasbourg.

"There is no question, Julien Bayou is part of the group" ecologist in the Assembly, said its leader Cyrielle Chatelain, specifying to the press that Mr. Bayou had participated Tuesday morning in a meeting of the group but not to mention his personal case.

He "expressed himself, he had very interesting proposals for our questions to the government", she added, concerned that environmentalists could focus again on the subjects of the return to parliament, such as energy or unemployment insurance reform.

Evoking "a pathetic spectacle", a "deviation" of feminism, a "crusade", Julien Bayou also criticized the functioning of the internal unit for the fight against sexist and sexual violence set up within EELV following the Baupin affair, of which Ms. Rousseau was one of the victims.

This cell, in which sits one of the women who watched Julien Bayou, and who has not heard from Mr. Bayou's ex-companion until now, is "necessary but it is fundamentally insufficient" and moreover it "does not replace justice". "The most serious sanction that it can pronounce is the exclusion of EELV. It cannot claim either to say the right or to pronounce repair. We stumble on an impasse", he believes.

The former companion of the deputy finally asked Monday to be heard, "under certain conditions ensuring the security of the testimonies".

Mr. Bayou also questions the effectiveness of such a structure in the case of the party's national secretary: "Would I be cleared, it looks like there was collusion. Would I be sanctioned, it would be interpreted as a settling of accounts before the party's congress in December during which he was to give way to the head of the party.

Several motions are anticipated, including one led by Marine Tondelier, close to the line of Julien Bayou, and another by Mélissa Camara, close to Sandrine Rousseau. The two diverge in particular on the strength of the links to be maintained with the Nupes, in particular in the context of the European elections of 2024.

Asked about this speech by Mr. Bayou, the number one of the Socialist Party Olivier Faure estimated that Sandrine Rousseau "should not have been spokesperson for a case of which she ultimately does not know much".

Sandrine Rousseau stood out on Tuesday in the hemicycle by forming a triangle with her hands, a feminist sign. She was responding to an intervention by Aurore Bergé (Renaissance) denouncing "men who hit their wives", in an allusion to Adrien Quatennens (LFI), another deputy in turmoil.