In Sudan, Rastas in the fight against prejudice and repression

If in Jamaica, the Ethiopian emperor Haile Selassie is considered a messiah by the Rastas who follow him, in Sudan, a predominantly Muslim country, Rastafarianism is a cultural movement, much more than mystical. 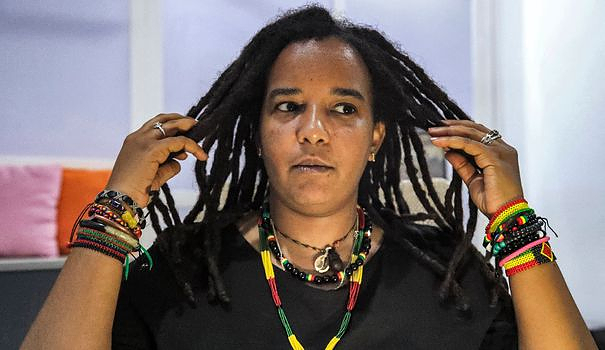 If in Jamaica, the Ethiopian emperor Haile Selassie is considered a messiah by the Rastas who follow him, in Sudan, a predominantly Muslim country, Rastafarianism is a cultural movement, much more than mystical.

Under the rule of dictator Omar al-Bashir, Abdallah Ahmed - by his stage name Max Man - nevertheless suffered the wrath of his Islamic police: in 2017, he was arrested while singing at a concert in reggae, accused of possessing drugs and sentenced to 20 lashes.

At the time, the morality police did not hesitate to shave dreadlocks in public and attack Rastas for violating the strict dress code that the regime then imposed.

In 2019, when the army was forced to remove Bashir under pressure from the streets, Rastas "were super enthusiastic", recalls the 31-year-old Sudanese.

"A lot of musicians and artists have emerged", tells AFP the man who has long lived his passion hidden under the dictatorship.

But when General Abdel Fattah al-Burhane, Bashir's former army commander, restored military power a year ago with his putsch, all doors closed again.

Among the 121 anti-coup demonstrators killed in the repression which does not weaken, there are several rastas, recalls Afraa Saad, director of 35 years who also sports long dreadlocks.

Often, in the raids that precede or follow the calls to demonstrate, the Rastas claim to be the first targets because they are the most visible. And among these young people with long hair, several came out with their heads shaved by their jailers.

For Abdallah Ahmed, rastas with their atypical look are "targets". "But that never stopped them from keeping their dreadlocks, some died because they didn't hide" from being Rastas.

So much so that alongside the usual slogans "The soldiers in the barracks!" and "Power to civilians!", appeared the now iconic: "Rastas don't die."

During sit-ins, parades or rallies, everywhere flags struck with the portrait of Bob Marley, red-green-yellow caps and other reggae hymns in English or Arabic invite themselves.

"Rastafarism teaches us to tell the truth, to be brave, to fight for our rights", explains Abdallah Ahmed on the sidelines of a rare art exhibition in Khartoum.

And yet, points out Afraa Saad, there is an ingrained prejudice, in Sudan and beyond, according to which "someone who wears dreadlocks is a drug addict who does not know how to behave".

"Often people ask me how a girl can wear dreadlocks when there are so many other respectable hairstyles," she told AFP.

But, for her, wearing dreadlocks goes far beyond aesthetics. It is a political message.

Under Bashir, women's clothing was strictly controlled and their role in de facto society considerably reduced.

In response, Afraa Saad let her dreadlocks grow: "they have become my identity, what I am", she assures.

Saleh Abdallah, ten years his junior, let his hair grow to protest against the coup.

"And I will keep my dreadlocks until the military regime falls," he told AFP in an anti-coup demonstration.