Impressive encounters around the Elbe

Fans of the Hamburg Cruise Days cruise festival can experience a highlight of the three-day spectacle on Saturday evening (10:35 p. 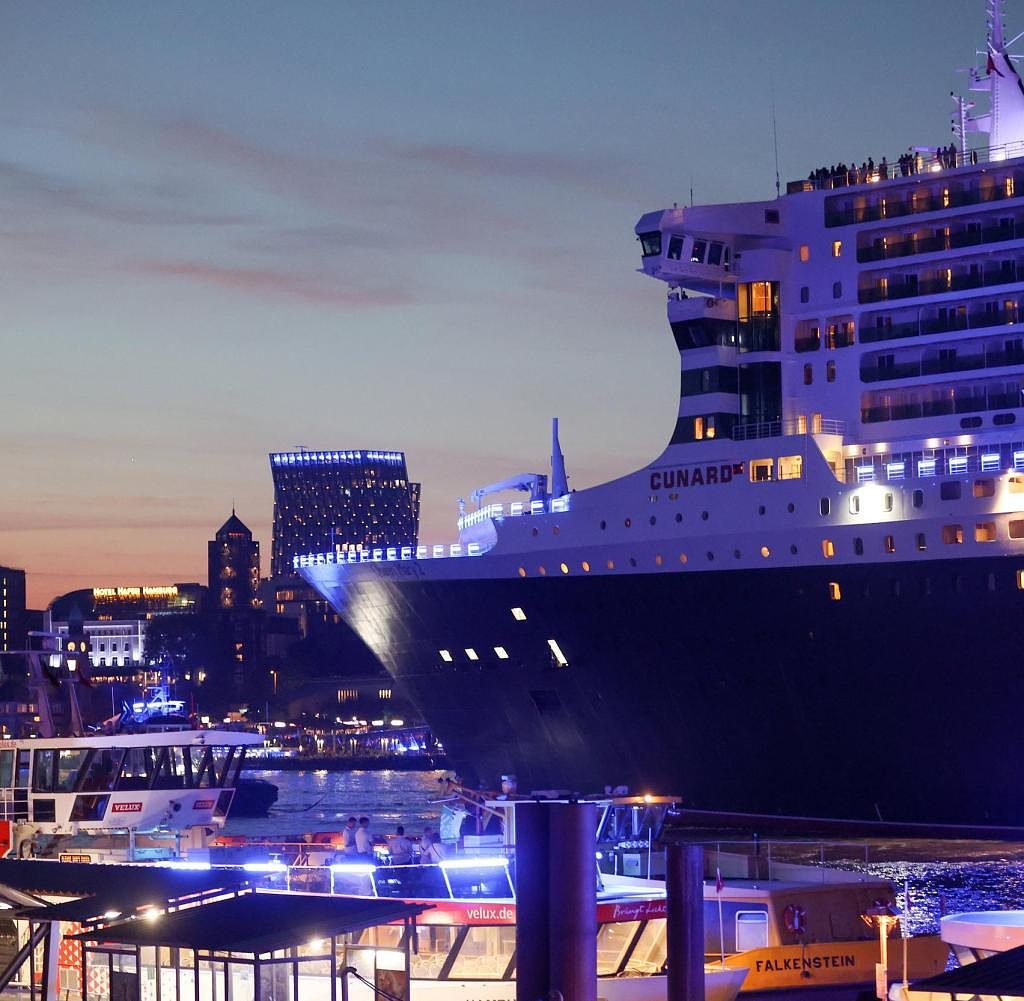 Fans of the Hamburg Cruise Days cruise festival can experience a highlight of the three-day spectacle on Saturday evening (10:35 p.m.). In the production "Pas de deux on blue" the Elbe is to become a stage for two of the ships. Against the background of the Blue Port, the "Aida Prima" and the "MSC Magnifica" meet between the Elbphilharmonie and Landungsbrücken. According to the organizers, they will be staged artistically with light, drones and music.

After a break due to corona, the Hamburg Cruise Days were able to start again on Friday. But the format is smaller this year, and there is no traditional parade. By Sunday, a total of five of the big ships will be coming to the port of Hamburg for the eighth edition of the cruise festival, including the “Aida Sol”, the “Queen Mary 2” and the “MS Otto Sverdrup”.

On land there is a colorful program with presentations by the shipping companies, gastronomy, music and dance. The event area extends from the Landungsbrücken forecourt to the Kehrwiederspitze. According to the organizers, more than 120,000 visitors are expected. In 2019, twelve ships and around 500,000 people came to Hamburg for the Cruise Days. During the Cruise Days, the night port is transformed back into the "Blue Port" and shines in an impressive blue.

The music and arts festival MS Dockville also started the 2022 vintage on Friday after a two-year corona break. Around 60,000 visitors are expected by Sunday evening. Thousands of festival-goers flocked to the site in Hamburg-Wilhelmsburg as early as Friday afternoon.

More than 120 acts will provide a colorful mix of indie, electro, soul, funk and hip-hop on 14 stages. The German pop trio AnnenMayKantereit is to appear as the main act on Sunday evening. What is special about the MS Dockville is the mixture of music and art. There are also readings, workshops, theater acts and performances.

Festival spokesman Eike Eberhardt said: "After two years without MS Dockville, we could hardly be happier: an ambitious lineup full of variety and quality, a wonderful, detailed and loving site and around 20,000 visitors every day who enjoy the festival for music with us and celebrate art. According to the information, the utilization was 90 percent by Friday.

‹ ›
Keywords:
Aida CruisesKreuzfahrtenDockville FestivalLauterbachJörnHamburgElbphilharmonieMS DockvilleBlue PortElbeAida PrimaKunstMusikCruise DayMSC Magnifica
Your comment has been forwarded to the administrator for approval.×
Warning! Will constitute a criminal offense, illegal, threatening, offensive, insulting and swearing, derogatory, defamatory, vulgar, pornographic, indecent, personality rights, damaging or similar nature in the nature of all kinds of financial content, legal, criminal and administrative responsibility for the content of the sender member / members are belong.
Related News