The controversial US rapper Kanye West once again caused outrage with admiring statements about Hitler and the Nazis. 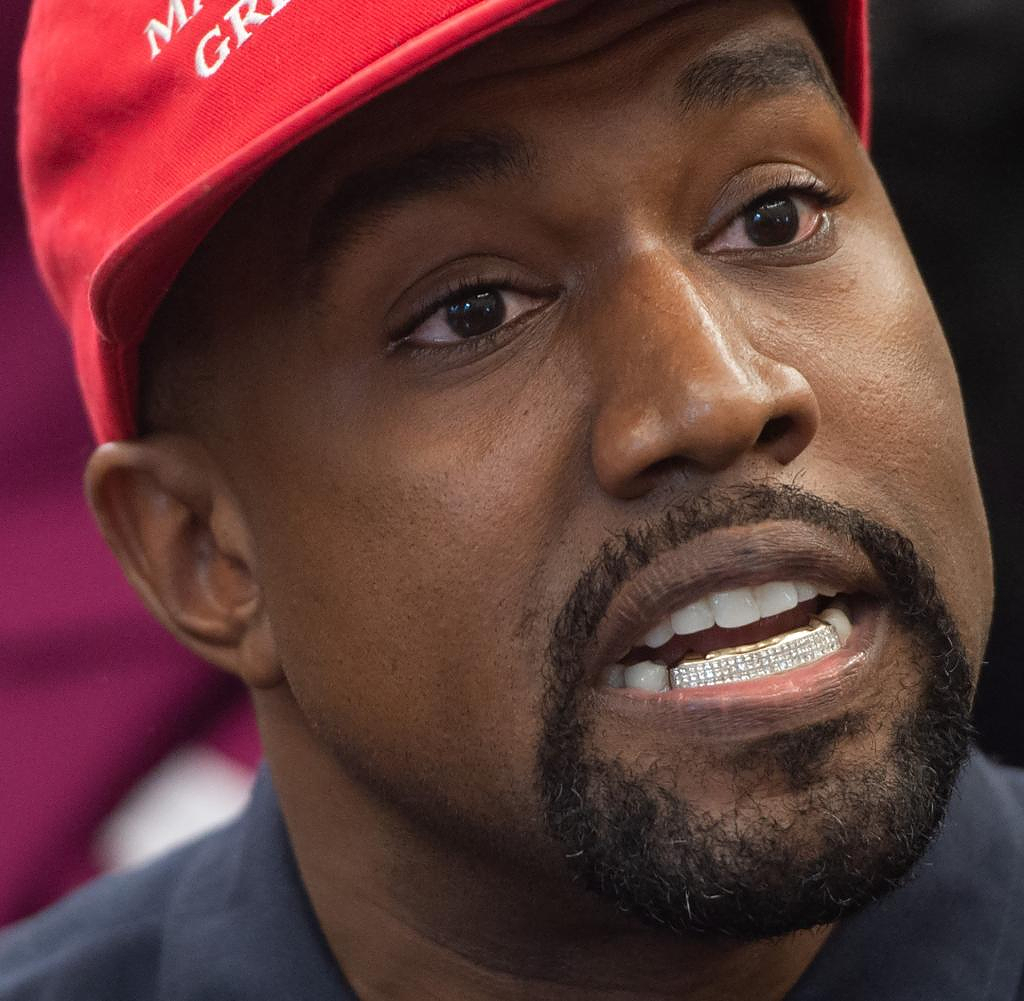 The controversial US rapper Kanye West once again caused outrage with admiring statements about Hitler and the Nazis. "I like Hitler" and "I love Nazis," said the 45-year-old in an interview with well-known far-right conspiracy theorist Alex Jones on Thursday. Shortly after that appearance, online right-wing network Parler announced that its proposed sale to West had been cancelled.

"I also see good things in Hitler," said the musician and fashion designer, who has renamed himself Ye and completely covered his face with a black mask during the interview. "This guy (...) invented Autobahns and the microphone that I used as a musician," added the 45-year-old, who had previously been discredited for anti-Semitic statements. "You can't say out loud that this person has ever done anything good, and I don't take it anymore."

When Jones replied that the Nazis did "really bad things," West replied, "But they also did good things. We need to stop dissing the Nazis all the time. (...) I love Nazis.” The well-known anti-Semite and Holocaust denier Nick Fuentes was also present at the interview on Jones’ platform Infowars, in which West also raved about sin, pornography and the devil. West had dinner with him last week at ex-President Donald Trump's.

The rapper's comments immediately caused outrage. The Republican Jewish Coalition, which sees itself as a bridge between the Republican Party and the Jewish community, called West a "vile, vile fanatic who has targeted the Jewish community with threats and Nazi-style slander." West, Fuentes and Jones formed a "disgusting triumvirate of conspiracy theorists, Holocaust deniers and anti-Semites".

Israeli Ambassador to the US Michael Herzog said he was "disgusted" by West's statements. "At a time when antisemitism is on the rise, it is alarming that such vile rhetoric should be given a platform and legitimized."

West's statements were also met with outrage in online networks - in the midst of this, Parler announced the end of his planned sale to the US rapper. This decision was made by mutual consent "in mid-November", explained the Parler parent company Parlement Technologies.

West and Parler announced in mid-October that the rapper wanted to buy the right-wing online network founded in 2018. This has become particularly popular with Trump supporters. West justified his intention to buy with the fact that he wanted to defend "freedom of expression" – he was also apparently looking for a new platform after his posts on Instagram and Twitter were deleted.

Because of West's anti-Semitic statements, several companies have already ended their collaboration with the 45-year-old. They include the German sporting goods manufacturer Adidas, the fashion chain Gap and the luxury brand Balenciaga.

West, who has been married to reality TV star Kim Kardashian for years, recently caused a stir when he had dinner with Fuentes at Trump's Mar-a-Lago estate in Florida. Trump has come under massive criticism from within his own ranks because of the encounter.

What Trump did was "wrong," said former Vice President Mike Pence. "I think he should apologize." Senate Republican leader Mitch McConnell said there was "no place for anti-Semitism and racism" in the party. Anyone who meets with anti-Semites and racists is "highly unlikely ever to be elected President of the United States."

Trump announced in mid-November that he wanted to run again in the 2024 presidential election. Kanye West also says he wants to run for office.

‹ ›
Keywords:
NewsteamWestKanyeTrumpDonald (geb.1946)
Your comment has been forwarded to the administrator for approval.×
Warning! Will constitute a criminal offense, illegal, threatening, offensive, insulting and swearing, derogatory, defamatory, vulgar, pornographic, indecent, personality rights, damaging or similar nature in the nature of all kinds of financial content, legal, criminal and administrative responsibility for the content of the sender member / members are belong.
Related News