Here's how the love life of Gen Z is changing

500 million questions – that’s how many the users of the OkCupid dating app answered this year before they could even start looking for a partner. 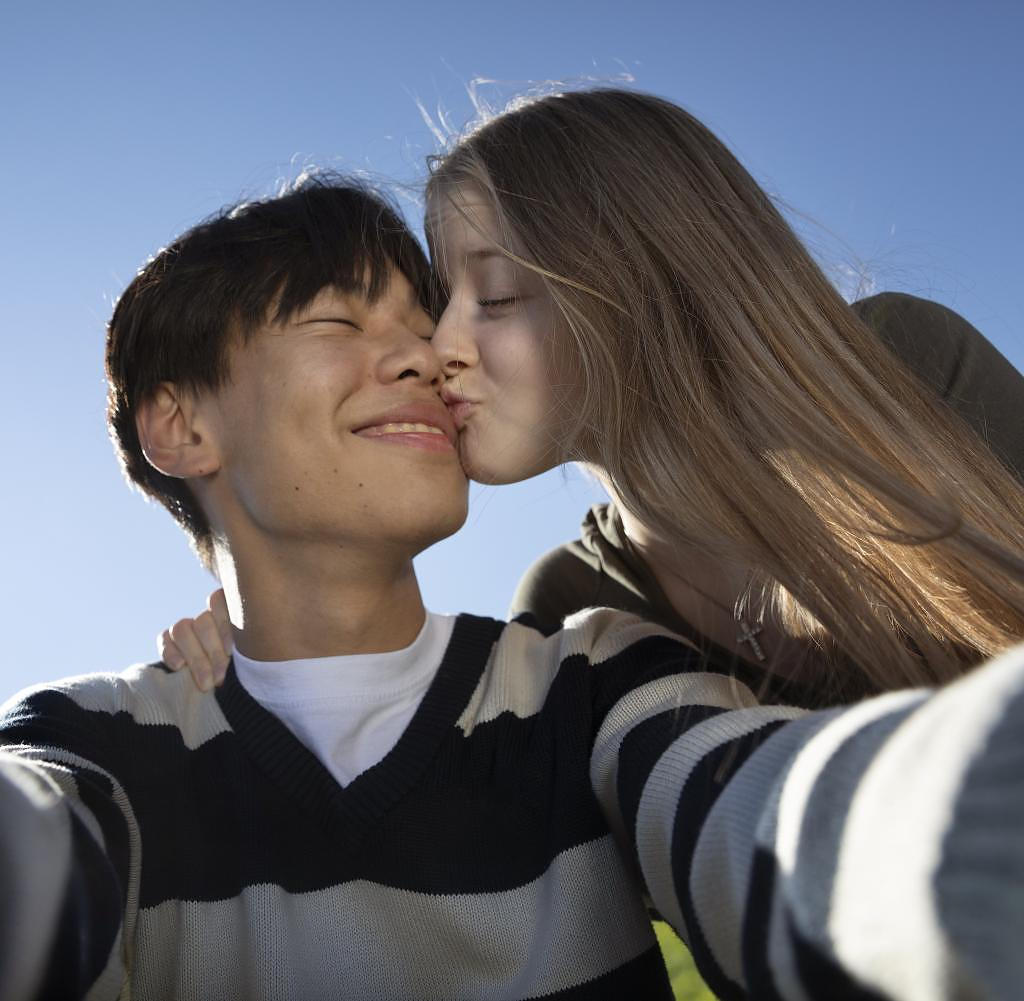 500 million questions – that’s how many the users of the OkCupid dating app answered this year before they could even start looking for a partner. Quite a lot of effort for the supposedly fast search for a partner on the net. But for many, it seems worth it. With the answers to the in-app questions, the singles not only refine their own match algorithm, but also provide us with a lot of information about how love life may have changed in recent years.

This shows that conventions are being broken more and more frequently. Whether this is due to the initially less binding atmosphere of a dating app or is due to the zeitgeist cannot be seen from the user data of the app alone. However, they do make it pretty clear: Talking about mental health is no longer taboo, it's actually quite sexy — and open relationships are now a much more common option, and more and more young adults are self-identifying as sex-positive.

We'll explain to you in a moment what that means. But first we are interested in:

For the past two years, many people's love lives have been on the back burner. The reason for this was the Covid-19 pandemic. Many singles are reluctant to become intimate with new partners or even to date. That is now suddenly changing. Almost 36 million OkCupid users answered the question of what is more interesting to them at the moment - sex or love. The number of those who preferred "sex" over "love" rose from 26 percent of respondents in 2020 to 31 percent in 2022.

Sex positivity is the fact that one accepts one's own sexuality and that of others unconditionally. An attitude that's growing, at least among singles on the dating app, as evidenced by the number of those interested in sexually extravagant dates. In 2022, 86 percent of respondents said they were kinky.

But that doesn't mean they put little value on contraception and protection from sexually transmitted diseases. 71 percent said they always practice safe sex with a condom or wick and 24 percent said they usually do it. Those who say they always do are even more successful on the dating app, getting 24 percent more likes and 18 percent more matches.

The classic couple relationship is still the preferred type of connection for most people looking for a partner. However, the willingness to try out alternatives is increasing. This summer, the number of mentions of ENM, or ethical non-monogamy, on OkCupid profiles is up 26 percent compared to the start of the year and 42 percent compared to last summer.

Of the nearly 30 million singles on OkCupid worldwide, only about 8.5 million singles say they're not at all interested in an open relationship. This love model is most likely to favor Generation Z, i.e. those between the ages of 18 and 25 and Millennials. In 2018, 30 percent of Gen Z and millennial daters said they would be interested in an open relationship. Four years later it is 33 and 36 percent respectively.

What was once a no-go topic on a first date is now even attractive to younger singles. About nine out of ten singles say they are sensitive. Anyone who has this characteristic visibly entered in their dating profile in the app can score points, especially as a man. In 2022, they recorded around 107 percent more likes and 86 percent more matches.

Nearly 1.6 million single people also believe that mental health is just as important as physical health and are looking for partners who share the same view. The number of people mentioning mental health and therapy on their profiles increased by 18 percent in 2022 compared to 2021, according to the data. Also, those who consider self-love important seem sexier to other singles on the app. You get 92 percent more likes and 30 percent more matches.

The experts at OkCupid write in their dating report that they assume that the topics of mental health and self-love will continue to play a crucial role in dating in the future - especially because the young Generation Z considers it one of the most important things to them topics considered.

In the future, however, another trend could play an important role: the metaverse. After all, 34 percent of singles on OkCupid can imagine dating in the metaverse. Most of those who could envision it were from Gen Z. They can even envision having a relationship that only exists online in the metaverse. Open to everything.

But hopefully it doesn't end up like Joaquin Phoenix in the movie Her, where he meets an operating system's unrequited love.

Well, you want to start dating right away? Then it is best to heed these tips:

‹ ›
Keywords:
SinglesOnlineDatingLiebeDatingKmpktOkCupidMark ZuckerbergJoaquin PhoenixGesundheitSex
Your comment has been forwarded to the administrator for approval.×
Warning! Will constitute a criminal offense, illegal, threatening, offensive, insulting and swearing, derogatory, defamatory, vulgar, pornographic, indecent, personality rights, damaging or similar nature in the nature of all kinds of financial content, legal, criminal and administrative responsibility for the content of the sender member / members are belong.
Related News