In view of the energy crisis and rising prices, a broad alliance from the city, business, institutions and associations is calling on the people of Hamburg to save energy. 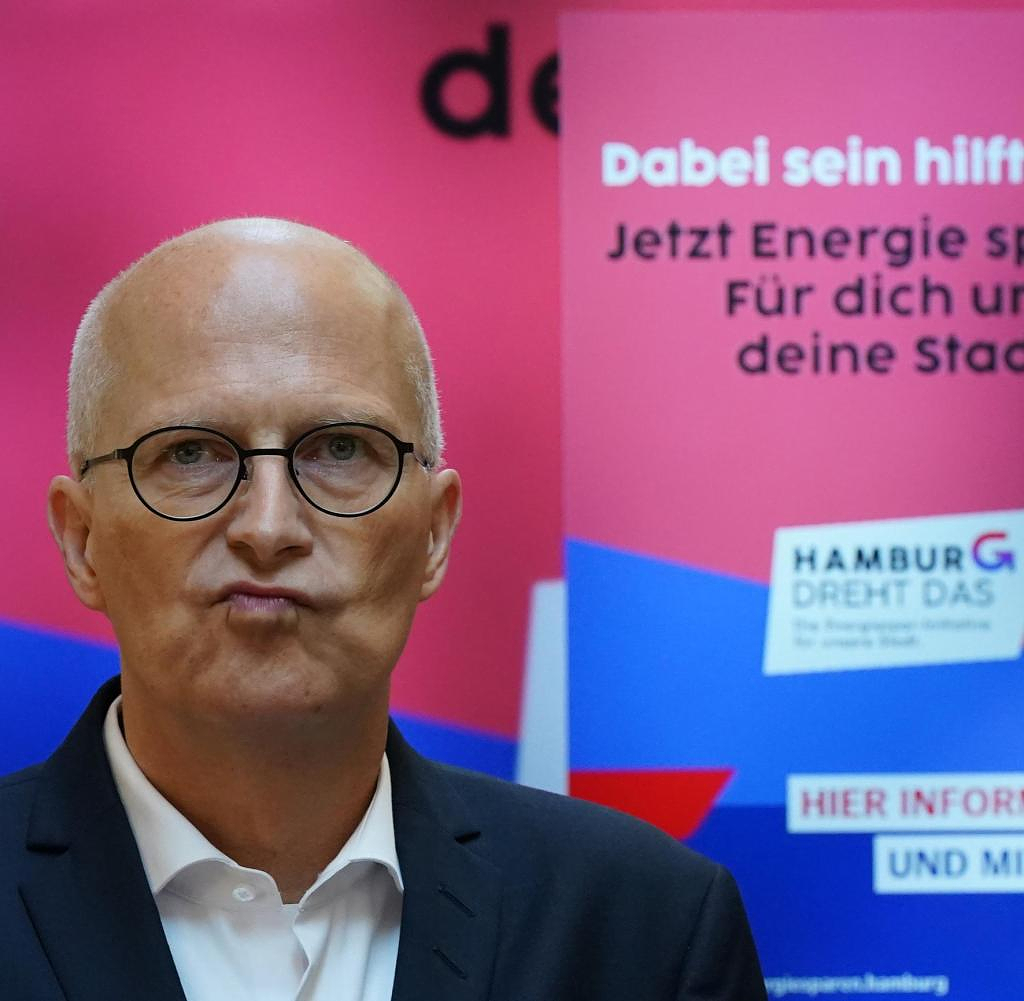 In view of the energy crisis and rising prices, a broad alliance from the city, business, institutions and associations is calling on the people of Hamburg to save energy. Everyone can make a contribution and contribute to overcoming the crisis - both private households and companies, said Mayor Peter Tschentscher (SPD) on Thursday when the campaign was presented. "The idea of ​​the campaign is a network of actors who inform and motivate in the same direction."

Tschentscher said that Russian President Vladimir Putin's war of aggression in Ukraine led to this special energy supply situation in Germany. "We want to turn things around in Hamburg so that not Putin, but Europe, so that democracy and freedom ultimately have the upper hand."

The campaign is an initiative of the Senate, Chamber of Commerce and Crafts, which companies, institutions and associations have joined under the motto "Hamburg is spinning". They want to inform their customers, employees or members in shops, on social media, with advertisements and on posters about ways to save energy. These include Budnikowsky, Desy, ECE Marketplaces, Edeka, EHA Energie-Handels-Gesellschaft, Eimsbütteler Turnverband e.V. (ETV), Hamburg Airport, Hamburger Energiewerke, Haspa, Universität Hamburg, Otto, Saga, ZEBAU, Zeit-Stiftung and the agency Zum goldenen deer. The supporters point out the possibilities for saving energy in employee magazines, newsletters, via social media and on posters as well as via calls on the company's own website.

However, Hamburg's economy is calling for a change of course in energy policy. On Thursday, the Hamburg Chamber of Commerce recalled the resolution adopted by the plenum on Monday. “Hamburg companies are being hit with full force by this energy crisis. For many, their existence is at stake now and in the coming months. Large parts of Hamburg's economy are already saving energy - out of conviction and of course because of the high prices. For some companies, these savings have already resulted in the complete or partial cessation of operations," says President Norbert Aust. With the resolution, the plenary session of the Chamber of Commerce addressed concrete demands to politicians in order to overcome this crisis and maintain the future viability of the location. The paper states: “The coal reserve power plants must be brought back onto the market and the nuclear power plants that are still connected to the grid must continue to be operated until the end of the crisis.” In addition, “the legal, technical and financial conditions should be created so that the three nuclear power plants that were taken off the grid last year can also be temporarily operated again.”

For a secure energy supply at competitive prices, "energy sources that we actually wanted to say goodbye to, such as coal and nuclear power, must continue to be used until the end of the crisis," said Aust. At the same time, the federal government must reduce the tax burden on the energy price. In the chamber's view, "Hamburg is turning that" is not enough on its own, but "represents an important addition to the catalog of measures."

The Hamburg CDU is fully involved. In a statement on Thursday, state chairman Christoph Ploß said: “Every megawatt hour will count in the coming winter. We support the demands of the Chamber of Commerce and other stakeholders in Hamburg's economy." A vote on a CDU application for an extension of the lifetime of the nuclear power plants was scheduled for Thursday evening (after the editorial deadline for this issue) - an assumption was already considered in advance because of the majority of the traffic light coalition almost impossible. But Ploß also looked directly at Hamburg: “In order for Hamburg companies to be able to compete internationally, we also need a reduction in taxes on electricity and gas. The current course of the SPD, Greens and FDP endangers thousands of jobs in Hamburg.” The CDU faction leader in the Hamburg Parliament, Dennis Thering, assisted: “The traffic light government in the federal government and the red-green Senate in Hamburg have the energy crisis through numerous , mostly ideologically driven wrong decisions massively exacerbated.” The supply side in the electricity market must be strengthened with all our might: “Every megawatt hour counts, everything needs to be put to the test.”

‹ ›
Keywords:
TexttospeechHamburgEnergiekrisenCDUTschentscherPeterLauterbachJörnUniversität HamburgHandelskammer HamburgSPDMusikEnergiesparenEnergiekriseErklärungBündnis 90Die GrünenHamburger EnergiewerkeChristoph PloßKriseMegawattstundePeter TschentscherFDP
Your comment has been forwarded to the administrator for approval.×
Warning! Will constitute a criminal offense, illegal, threatening, offensive, insulting and swearing, derogatory, defamatory, vulgar, pornographic, indecent, personality rights, damaging or similar nature in the nature of all kinds of financial content, legal, criminal and administrative responsibility for the content of the sender member / members are belong.
Related News