Guadeloupe: the Minister of Overseas facing the damage of the storm Fiona 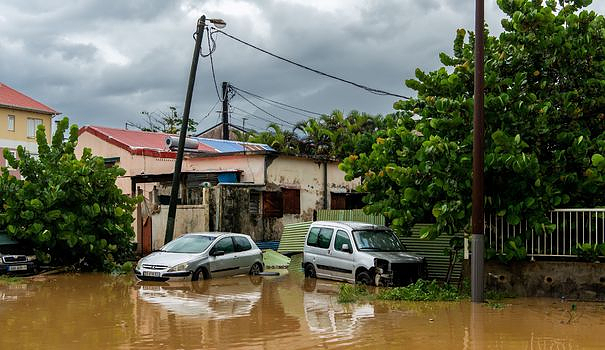 In Pointe-à-Pitre, Mr. Carenco assured the press that he had come "as a sign of government support" and to express "publicly the affection of the Nation at a time when Guadeloupe is suffering".

Tropical storm Fiona, which has since become a category 3 hurricane on the Saffir-Simpson scale, had experienced Guadeloupe over the weekend, with strong winds, torrential rains and floods that killed one person.

On Wednesday, nearly 60,000 customers (individuals or businesses) were still without water there due to significant damage to network facilities. Such as the Center Hospitalier de Basse-Terre, which made it known that this compromised its proper functioning and the continuity of care.

“Very big works are to be expected” for the return to service of the water network, indicated the Mixed Syndicate for Water Management and Sanitation of Guadeloupe (SMGEAG), evoking at least “several weeks” before returning to normal.

A plane and 40 reinforcements bringing "a machine capable of making river water drinkable" are due to arrive in Guadeloupe on Wednesday evening in order to make up for the shortages in the most affected areas, Mr. Carenco announced.

He also promised that the natural disaster decree would be published "before Saturday".

The Orsec (Organization of the civil security response) drinking water system was implemented "as soon as the event ended and remains mobilized", also assured the minister in a letter sent Wednesday to the deputy of Guadeloupe Olivier Serra, who had called for the triggering of this device.

In Guadeloupe, many activists have been asking for a long time for the establishment of this plan in a sustainable way, because of the critical situation of the water networks on the island, which are dilapidated and which do not ensure the distribution of drinking water for all. .

According to the minister, it was so far "structural difficulties of the networks" which did not correspond "to the current criteria of the Orsec plan".

The road network of the archipelago suffered from the passage of the storm. "About fifteen bridges are weakened," said the prefect, Alexandre Rochatte, during the same press briefing.

On Wednesday, in Capesterre-Belle-Eau (south-east of the island of Basse-Terre), a tourist town having been very affected by the flooding of the rivers, the mayor issued orders to prohibit passage by certain bridges "given of the risk of collapse".

The president of the department, Guy Losbar, called in a press release on Wednesday for a "major reconstruction plan" for Guadeloupe, estimated at "more than one billion euros" to be mobilized "in partnership with the State and the different communities". 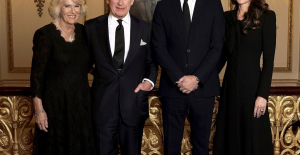