Gardener admits fatal stabbing - "I was like remote controlled"

On the second day of the murder trial against a 55-year-old gardener from Hamburg, many tears flowed: the woman openly admitted to the fatal stabbing of her husband. 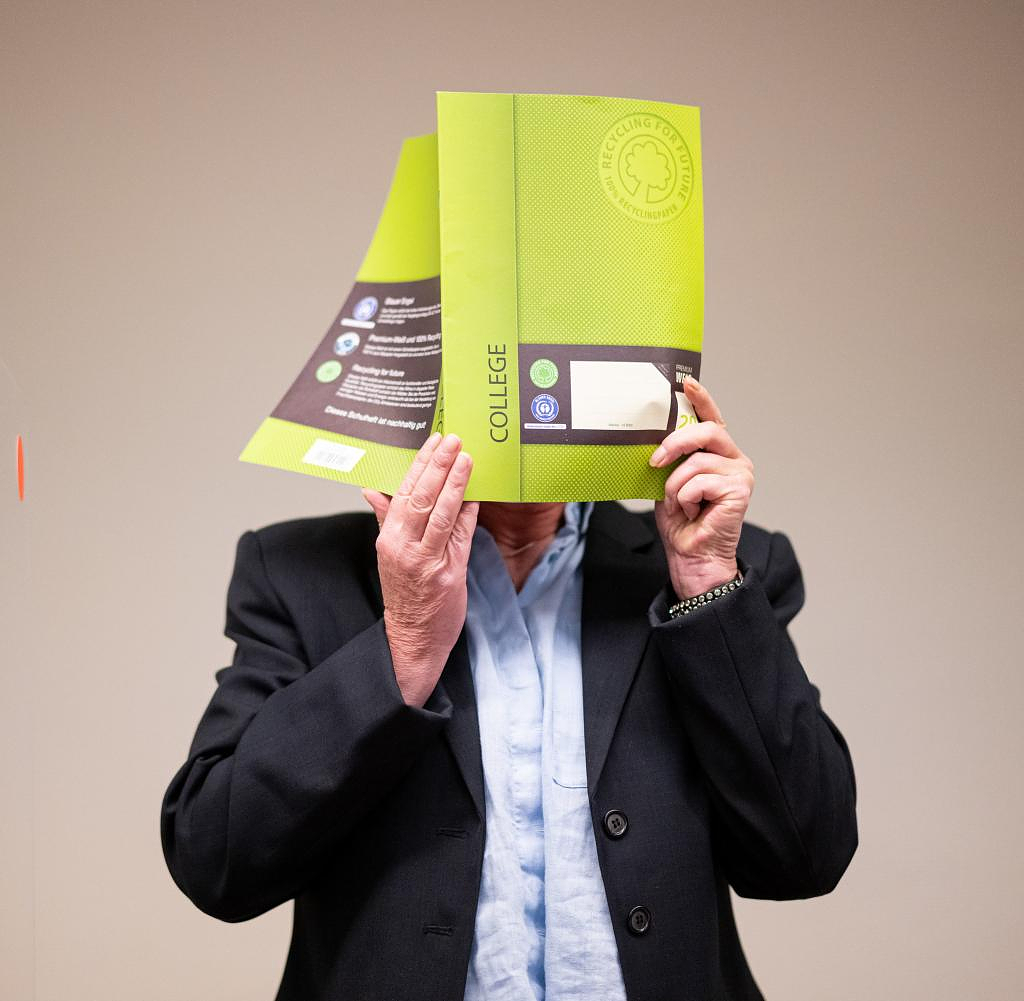 On the second day of the murder trial against a 55-year-old gardener from Hamburg, many tears flowed: the woman openly admitted to the fatal stabbing of her husband. One of her defense attorneys read out a corresponding statement on Thursday in front of the district court in Hamburg. "It was like something inside me stopped. I was remote controlled. I grabbed a knife, turned around and stabbed it once," the accused German was quoted as saying. The 55-year-old cried all the time. Once the reading even had to be interrupted because she couldn't breathe anymore.

Shortly before the stabbing at Easter this year, her husband fell in the gazebo and she helped him back onto the sofa, as she said. Because she had the feeling that he had made himself extra difficult, she became angry. "That made me incredibly angry." His subsequent nagging comment finally led to the stabbing.

As a result, his heart and carotid artery were hit. The man died in the allotment garden in the Wilhelmsburg district. Paramedics, who the woman had called herself, were also unable to save the man's life. The man was bleeding to death internally. The couple had previously been drinking. The 55-year-old is charged with treacherous murder.

In the more than half-hour reading of the declaration, however, it was only very briefly about the day of the crime itself. Rather, the 55-year-old used the explanations to review life together. They were descriptions of some highs and many more lows. And descriptions of the many disappointed feelings of the accused.

According to her own statements, she fell in love with him as a young girl at the age of 22. Since then they have been a couple. He took good care of her, she said. “He showed me the world and was very caring. I felt protected for the first time in my life.” But because he didn't want to leave his wife and their son uncared for, he didn't divorce for a long time and didn't move in with her either. Even then she was angry and sad about it.

The disappointments finally increased when, more than ten years ago, he developed mental problems due to burnout, gained weight because of the medication, could no longer move well and also started drinking, as she further described. "He hasn't spoken to me or anyone else about it. just drunk That also weighed heavily on me.”

The couple moved in together in 2012. But the happy life together did not materialize. He worked too much, drinks even more. She couldn't get close to him, accepted the situation and also started drinking. Now he didn't even leave his chair to sleep, he'd been drinking in the morning. The couple argued a lot, as she further describes.

Again and again she hoped for more happiness together, for a nice vacation, a romantic wedding. "I'd been looking forward to that all my life." The couple married a year ago. "It was a terrible day for me. He hardly spoke. I was just disappointed and sad.” She didn't want to leave him. "I really loved him with all my heart and still saw him as the man he used to be. (...) I just wanted him to stop drinking."

But even after a short detoxification, he continued to drink a little later. "I had hoped for so much from it, but I was disappointed." The situation at home was unbearable. He didn't want to shower. He was sore. He wanted only her to take care of him, he didn't accept any other help. But she was simply not physically able to do this, and she was still working full-time.

The accused had also hoped for a nice time together for the Easter weekend in the garden. But he only drank and complained. "I was annoyed and sad and also started drinking beer." She fell asleep and woke up when he called her after his fall. A few moments later, the fatal stabbing occurs.

"I didn't think anything about it and I didn't aim," the 55-year-old lets her defender read out. Only then did she realize what had happened. "I pulled out the knife and called the emergency doctor." Under telephone guidance, she tried to save his life with a cardiac massage. But her husband dies in the gazebo. The process will last until at least the end of January 2023.

‹ ›
Keywords:
AlkoholsuchtPartnerschaftenHamburgMordTotschlagTexttospeechWilhelmsburgErklärungMesserstichKrimi
Your comment has been forwarded to the administrator for approval.×
Warning! Will constitute a criminal offense, illegal, threatening, offensive, insulting and swearing, derogatory, defamatory, vulgar, pornographic, indecent, personality rights, damaging or similar nature in the nature of all kinds of financial content, legal, criminal and administrative responsibility for the content of the sender member / members are belong.
Related News