"Those who control the information control the situation," Tikhon Dzyadko, editor-in-chief of the independent Russian television Dojd, told AFP. 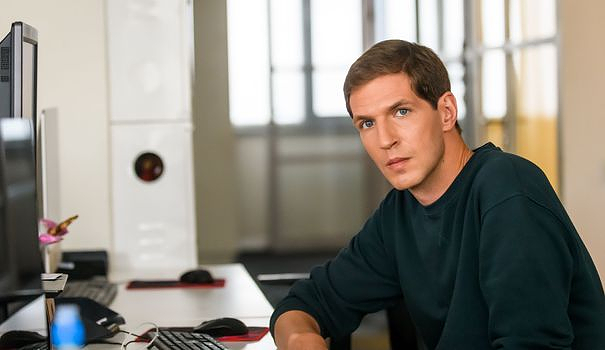 "Those who control the information control the situation," Tikhon Dzyadko, editor-in-chief of the independent Russian television Dojd, told AFP.

“Our goal is for as many people as possible to receive real information, not the propaganda broadcast by Russian channels,” he adds.

Fortunately, "Russia is not the USSR with the Iron Curtain, and information can be obtained via the Internet, social media. The digital Iron Curtain is not solid", he underlines, in a newsroom based in Riga.

Rare independent Russian media, critic of the Kremlin, Dojd (the Rain) was blocked at the beginning of March.

After Moscow passed a law criminalizing the dissemination of "false information" about the Russian army and the conflict in Ukraine, a real death sentence for free media, "it became impossible to work in Russia, because that for calling a war a war, we risked up to 15 years in prison,” says Dzyadko.

"The Latvian government offered us to settle in Riga. And in mid-July we restarted our broadcasts," he says.

Dojd's editorial staff is not the only one to have found refuge in the Latvian capital.

Others, including Novaïa Gazeta Europe and the Moscow editorial staff of Deutsche Welle, have taken quarters there.

The independent site Meduza has been working on it since 2014.

Some 300 Russian opposition journalists have settled in the Baltic country since February, estimates Valeria Ratnikova, journalist at Dojd.

Latvia is the Baltic country with the largest Russian-speaking minority, around 30% of its population.

Riga has banned Russian-based television channels from its territory, citing their warmongering, aggressive propaganda against Ukraine and threat to the country's security.

Other Russian or Belarusian journalists, artists, opponents have also found refuge in neighboring Estonia and Lithuania.

Tikhon Dzyadko and his journalists made their decision to go into exile in just a few hours.

"We learned that our office would be raided. It was said that our journalists would be arrested and charged with extremism and treason," he said.

During an impromptu meeting on the internet, the majority of the editorial staff decided to leave Russia immediately.

"We found tickets to Istanbul. In one hour we packed three suitcases, woke up our children and ran to the airport."

Today, around 60 people exiled from Moscow work at Dojd's headquarters in Riga.

The Latvian channel TV3 offered them its support and above all part of its infrastructure. Other studios are in Georgia, the Netherlands or France.

Mr. Dzyadko believes that his television will find its audience.

"Even the government polls show that 30% of Russians do not support the war, (...) which makes 45 million people, a huge figure," he insists.

"Many don't support the war or Putin, but they're afraid to speak out because it's dangerous. These people are hungry for independent information and our goal is to find technical means to reach them," he said.

Between the start of the war and our closure, "we saw our audience increase", indicates Valeria Ratnikova.

"I think there are thousands, even millions of them who need us. It's not just our old audience, (...) over time many will start to have doubts," she said. .

- Laptop as only luggage -

Kirill Martynov, former deputy editor of Novaya Gazeta, pillar of investigative journalism in Russia, left the country at the beginning of March, his laptop as his only luggage, with the intention of launching an independent editorial office abroad.

Since then, Novaya Gazeta has been banned in Russia.

Arrived in Riga, Kirill Martynov created, with other colleagues in exile, Novaya Gazeta Europe, of which he is the editor-in-chief.

On May 9, they released their first print issue in Russian and Latvian. As a sign of support, fifteen international newspapers have published articles taken from this edition.

"The Russian authorities are still afraid to block YouTube, for technical and social reasons," he said.

And "YouTube is the biggest media platform in the country for people who don't want to watch national TV, state propaganda."

"Disinformation is one of the reasons why this war started and why it is still going on," accuses Tikhon Dzyadko, accusing Russian television officials of being "war criminals". 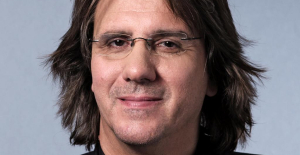