Eric Arella, a great cop who despite himself has become the symbol of a police sling

“Everyone is stunned,” an executive from the central office of the PJ told AFP on Friday after the announcement of this eviction, the day after the spectacular demonstration at the Evêché, the famous police station in Marseille. 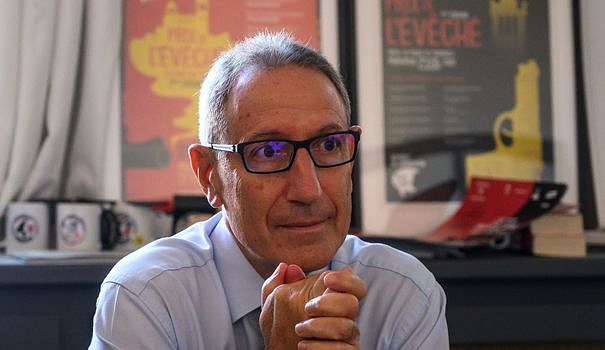 “Everyone is stunned,” an executive from the central office of the PJ told AFP on Friday after the announcement of this eviction, the day after the spectacular demonstration at the Evêché, the famous police station in Marseille. , of some 200 investigators hostile to the reform, on the occasion of the visit of the director general of the national police (DGPN) Frédéric Veaux.

The shock wave of Eric Arella's sidelining spread with all the more force as this 63-year-old policeman is a figure of the PJ. He worked there for 37 years, in all departments, between Marseille and Corsica, going from pimping to the criminal brigade and narcotics, before climbing the hierarchy.

Tall, thin, with a thrifty smile, the big boss of the investigators of the 21 departments of the southern zone could seem cold: yet "he is someone who has marked all his functions by his great humanity, his benevolence, which does not is not always the case with top chefs," a member of his department told AFP.

"Arella is one of the few leaders respected by his men, respectful of his men. His only fault is his loyalty, telling the truth to his leaders does not please," a police commissioner told AFP on Friday. judicial.

A fine connoisseur of the ban and the back ban of crime, from drug traffickers in the northern districts of Marseille, where he was a schoolboy, to Corsican mafia gangs, Eric Arella was also keen on police techniques, having been deputy director of the technical and scientific police in Ecully near Lyon.

A position he held when he was appointed in 2015 to the prestigious post of interregional director of the judicial police (DRPJ) in Marseille, replacing Christian Sainte, then appointed head of the legendary Quai des Orfèvres.

At the time of his departure, his collaborators greeted AFP "a dignified, upright man, with moral elegance". "Someone you could count on, who knew how to withstand pressure," said one of them.

"An exemplary career, a great gentleman of the PJ", greeted Philippe Frizon, number 2 of the PJ at the Bishopric, where Mr. Arella will have had to supervise the work of his troops on the two terrorist attacks in Nice. "A very great servant of the State, in the noble sense of the term", echoed the public prosecutor of Marseille, Dominique Laurens, regretting "a huge loss for the judicial police".

"Like everyone else, he spoke internally about the reform of the PJ, but constructively, without hostility, highlighting possible improvements," said one of his relatives.

In 2020, this great silent cop and little talker with the press had entrusted AFP with his conception of his profession, on the occasion of the presentation of a new prize for thrillers in Marseille, the Bishop's Prize.

Policeman, "it's teamwork. The guy who will do his investigation alone without ever warning either the public prosecutor or his hierarchy, it's unplayable, he's going to get fired", he smiled, about the image of the lone cop conveyed by literature and cinema.

Man "warm and with a pronounced sense of humor", in the words of Frédéric Veaux, then deputy central director of the PJ, in 2015, Mr. Arella will now leave Marseille for Paris ... at the DGPN.