Energy: why Europe now has too much gas... and must store it

There are dozens of them, on the Spanish and British coasts, circling in the water or dropping their anchor. 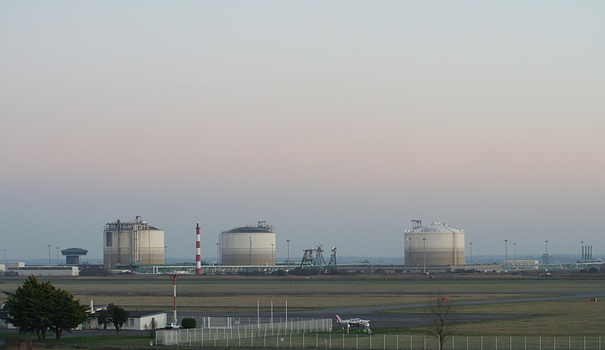 There are dozens of them, on the Spanish and British coasts, circling in the water or dropping their anchor. In the bay of Cadiz alone, in Andalusia, the Bloomberg agency counted seven LNG carriers queuing, waiting for authorization to unload their contents. As surprising as it may seem, Europe has so much gas that it no longer knows what to do with it. To date, gas storage in the European Union has reached 93%, well above the 80% target set out in June by the European Commission. But why, then, when the war in Ukraine loomed the threat of a lack of gas to get through the winter, do we end up with so much gas?

First, autumn is mild, very mild, to the point that October 2022 will undoubtedly be the hottest month ever recorded in France - an example of the anomalies caused by climate change. The heating of private individuals and within companies turns much less than envisaged. Next, imports of liquefied natural gas (LNG) by China should decrease this year by nearly 15%, or the equivalent of 69 million tonnes. Chinese domestic demand being weak, Beijing even sold, at the beginning of September, its surpluses to European countries. For fear of running out, Member States bought LNG wherever they could, increasing the level of their imports by 60% compared to 2021. France's stocks are filled to 99.3% of their capacity and those of Germany at 97.5%.

Finally, governments have issued sobriety guidelines that have encouraged manufacturers to consume less. On France 24, Raphaël Trotignon, in charge of the Energy-Climate division for the firm Rexecode, notes that due to the policy of reducing energy consumption, "50% of the total aluminum production capacity has been lost in Europe", while "70% of fertilizer production has been stopped or slowed down". Upstream decisions that contribute to the abundance of gas that is currently unused.

As supply is far greater than demand, the price of gas drops drastically. This Wednesday, October 26, it even fell below 100 euros per megawatt hour, when it exceeded 170 euros in August. Another consequence of this low demand is the large amount of energy to be stored. It is so important that even the thirty or so LNG terminals - the highest density in the world in this area - that Europe has is unable to absorb the content of the ships. As a result, the number of LNG carriers loaded on the water for more than 20 days is at its highest since 2017. Not to mention that others are about to arrive: North-West Europe is on track to receive 82 ships -tanks filled with LNG.

However, the glut of gas will not have a downward impact on private bills, as contracts are calculated over the long term. Moreover, if prices fall today, they could rise again tomorrow, as the market is proving to be volatile. Hence the idea, still popular, of capping energy prices at European level. France is in favor of it, unlike Germany, which believes that a high tariff is the best way to prevent overconsumption. European countries are therefore already thinking about the future. When the cold arrives and consumption increases. When Asia comes back on the market and prices go up. When the accumulated stocks will run out and yesterday's worries will come back to life.