Discovering Rovi, the pharmaceutical laboratory that came from the south

The Spanish stock market is not crazy deep, but it does have a few companies that stand out, behind the inevitable gondola heads like Inditex, the parent company of the textile group Zara, or Iberdrola, the self-proclaimed leader of renewable energies. 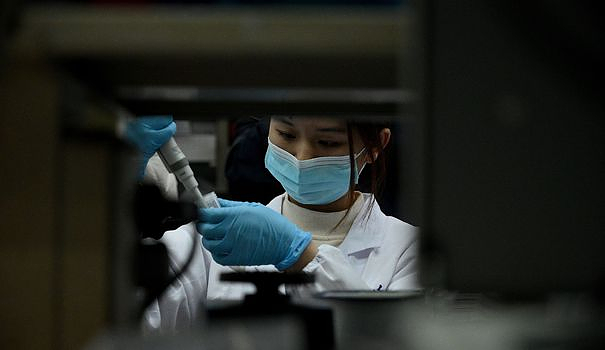 The Spanish stock market is not crazy deep, but it does have a few companies that stand out, behind the inevitable gondola heads like Inditex, the parent company of the textile group Zara, or Iberdrola, the self-proclaimed leader of renewable energies.

We therefore set off to discover the Laboratorios Farmaceuticos Rovi, which officiate, as their name suggests, in the pharmaceutical field. The notoriety of the company has long been confined to the Spanish borders and to a few managers specializing in mid caps who are a little more reckless than the others. It must be said that the heart of the European health industry beats stronger on the side of Switzerland, France, Germany or the United Kingdom. Rovi, despite its 76 springs, was especially talked about during the Covid-19 pandemic, by winning the subcontracting contract for part of Moderna's vaccines. A spotlight not always happy since the laboratory experienced some quality problems which temporarily gave it bad press.

To properly understand the case, it is necessary to distinguish the pre-Moderna Rovi from the post-Moderna Rovi. Historically, the group has built solid positions in Spain, a market which still represented 70% of its revenues before the outbreak of the coronavirus. Its strength lay in a globally recognized franchise in heparin-based anticoagulants. Its two flagship treatments are Bemiparin Hibor, a direct competitor to Sanofi's Clexan and Lovenox marketed in around 60 countries, and Enoxaparin, the generic of said Clexan and Lovenox, whose patents expired in 2011. Rovi supplemented its income with custom manufacturing. The signing of the Moderna contract has simultaneously boosted this subcontracting activity and the company's international exposure. Thus the Rovi 2022 generates 60% of its revenue outside Spain and more than 40% in production.

This role as a subcontractor is an important growth driver for this company, whose turnover should double between 2019 (€381 million) and 2022 (€788 million forecast on average by analysts). At the same time, the operating margin will increase from 11% to 29%. Suffice to say that the “Covid years” have been put to good use by the group. They have also brought diversification, both geographically and operationally. Rovi can also count on a fairly promising new product development pipeline, some of which are set to reach major milestones this year. The reliance on Moderna (which generates between 25 and 30% of revenue now) is both a blessing and a weakness, as the golden years of vaccine production are behind us, at least for Covid-19. Still, Rovi has demonstrated its industrial know-how, which is more urgent, which adds a nice line on the business card of the Spanish laboratory.

On the balance sheet side, the company has been in a positive net cash position since 2021. Historically, it has always been low in debt. On the positive side, the majority of the capital is held by the López-Belmonte Encina family, whose representatives still run the company. These solid fundamentals are accompanied by a rather soft valuation: 15 times the results expected this year and 13.6 times those of 2024. Against a ten-year average of around 26 times. The European pharmaceutical sector is rather on ratios of 21 times the current year. This is explained by the label “Covid” which is now attached to the title. At the height of the pandemic, everyone rushed to these actions and then abandoned them afterwards.

Rovi is therefore a rather well-managed European pharmacy outsider, which has reached an important level with the pandemic.

*"The value of tomorrow" is produced in partnership with Zone Bourse 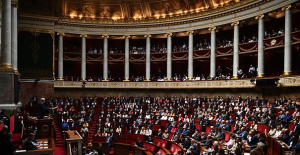