A substance obtained from crab shells or mushrooms can possibly be used as a contraceptive: the chitosan strengthens an existing mucus barrier on the cervix (cervix) so that sperm can hardly penetrate the uterus. 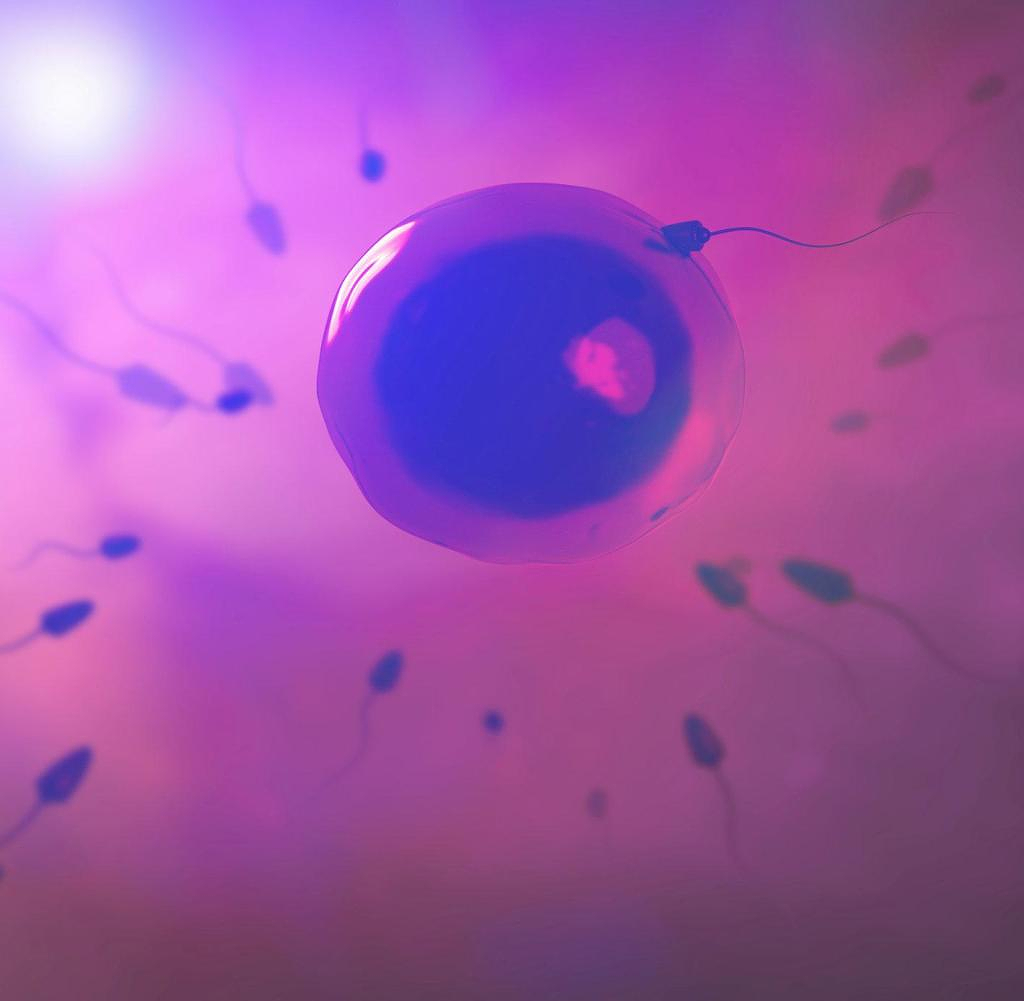 A substance obtained from crab shells or mushrooms can possibly be used as a contraceptive: the chitosan strengthens an existing mucus barrier on the cervix (cervix) so that sperm can hardly penetrate the uterus. The method proved to be effective in initial trials, at least in sheep, reports a research team from Sweden, Denmark and France in the journal Science Translational Medicine. The concept has the potential to be developed into a non-hormonal contraceptive for humans.

The authors leave no doubt about the immense importance of effective family planning tools for individuals and society: "Family planning promotes education, reduces gender-specific inequalities, improves the health of children and mothers and thereby reduces poverty and hunger," they write in the introduction their study. In some regions of the world, such as the USA or the EU, access to hormonal contraceptives for women from the 1960s made family planning easier and promoted equality between men and women.

However, around 40 percent of all pregnancies worldwide still occur unplanned, which is mainly due to the lack of contraceptive use. Some of these would also be discontinued due to side effects. New, reliable contraceptives are needed, also for men, write the researchers led by Ulrike Schimpf, who did her doctorate in Berlin and now works in Stockholm (Sweden) at the Royal Institute of Technology. In order to promote acceptance, the wishes of the users should be taken into account during development. Some studies have shown that there is great interest in agents that are used immediately when needed, i.e. directly before sexual intercourse.

Against this background, the researchers are now examining an approach in which the natural cervical mucus is strengthened to prevent sperm from entering the uterus - and thus fertilization of the egg cell and pregnancy. Cervical mucus is naturally formed in the cervical canal, which lies in the cervix.

The researchers studied the effect of chitosan on mucus, a naturally occurring biopolymer that can be extracted from the shells of crustaceans or from the cell walls of fungi. It is already used in some biomedical products. The scientists first showed in laboratory tests that chitosan, in a cocktail with the additives lactic acid and cellulose, can penetrate human cervical mucus and prevent sperm from swimming through the mucus.

For a more realistic assessment, they then tested a mushroom-derived chitosan mixture on sheep. Their sexual apparatus is similar to that of humans in essential respects. They first injected the drug into the cervical canal and an hour later the semen sample of a ram. Then they checked how far the sperm penetrated towards the uterus in the hours that followed. On average, the sperm count in the uterus was reduced by 98 percent compared to that in untreated sheep. Further investigation showed that the chitosan mixture did not kill the sperm, but created a physical barrier that the sperm could hardly penetrate. The researchers found no evidence of irritation or inflammation.

The barrier approach can be added to the existing toolbox for contraceptive development, the researchers write. They emphasize that their study was not designed to test the effectiveness of chitosan as a contraceptive. For example, they had not investigated how many pregnancies are prevented by chitosan. This must be tested in appropriate studies.

One limitation of their study is that their sheep model does not replicate the mechanical forces involved in the movements of sex. These could be beneficial by better distributing the chitosan gel, as well as a hindrance, since they could break down the barrier once it has formed. In order to analyze this more precisely, corresponding examinations would have to be carried out during real sexual intercourse. The effect of the chitosan on the tissues, such as that of the vagina or penis, or on the microbial composition of the mucous membranes, must also be examined.

‹ ›
Keywords:
SexualitätFamilienplanungVerhütungsmittel
Your comment has been forwarded to the administrator for approval.×
Warning! Will constitute a criminal offense, illegal, threatening, offensive, insulting and swearing, derogatory, defamatory, vulgar, pornographic, indecent, personality rights, damaging or similar nature in the nature of all kinds of financial content, legal, criminal and administrative responsibility for the content of the sender member / members are belong.
Related News