Construction begins on the expansion.

The extension work of the Pulpi Municipal Cemetery has been started by the Pulpi City Council. 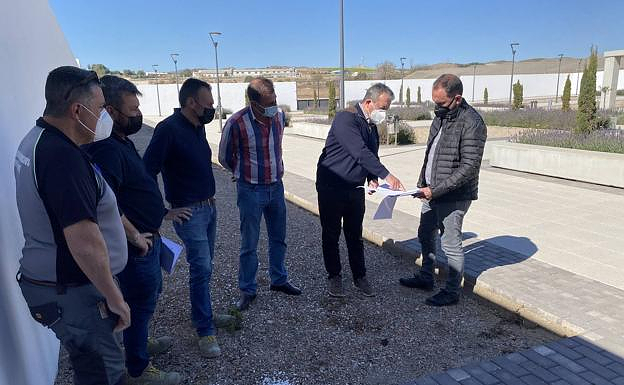 The extension work of the Pulpi Municipal Cemetery has been started by the Pulpi City Council. Juan Pedro Garcia, mayor of Pulpi, Pedro Jesus Martinez, Councilor for Urban Planning, Pedro Jesus Martinez and project technicians met in the cemetery to oversee the actions. They will be completed in approximately two months. Grupo La Noria, S.L. representatives also attended the meeting.

The actions include the projection of two pavilions with niches. One will be on the north edge, with 48 niches on three levels. The second pavilion will be on the south side, with 42 niches. Prefabricated modules will be used to create the niches, similar to the ones built during the recent expansion of Cemetery 2019. The foundation will consist of a solid reinforced slab that can be continuously supported. Each prefabricated concrete module will then rest on top of it. the niches. To integrate the roof with the existing pavilions, it will be made of inclined tile. The dimensions of the niches and their dimensions will be determined by mortuary regulations. This is in accordance to decree 95/2001 concerning the regulations of mortuary police and the 1974 state decree.

‹ ›
Keywords:
ArrancanObrasAmpliacionCementerio
Your comment has been forwarded to the administrator for approval.×
Warning! Will constitute a criminal offense, illegal, threatening, offensive, insulting and swearing, derogatory, defamatory, vulgar, pornographic, indecent, personality rights, damaging or similar nature in the nature of all kinds of financial content, legal, criminal and administrative responsibility for the content of the sender member / members are belong.
Related News