The Municipal Corporation's plenary session approved the modification to the Regulatory Fiscal Ordinance on the Tax on Urban Land Value Increase (capital gains). 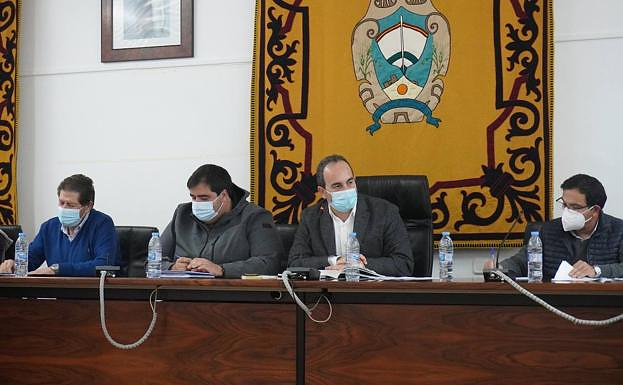 The Municipal Corporation's plenary session approved the modification to the Regulatory Fiscal Ordinance on the Tax on Urban Land Value Increase (capital gains). Its main novelty is that those who sell at a loss are exempt from paying the tax. In the case of a profit sale, the interested party can choose between two types calculation depending on what is most favourable.

Ramon Soto (spokesman for government team, mayor of the Treasury) stressed that the ordinance contains the same bonuses as the previous one. There is a 95% bonus for inheritances due to the death or other activities that are declared to be of economic importance to the municipality. He said that the ordinance is an adaptation to ensure that loss sales don’t pay directly and that those who must pay are paid less.

The adaptation has been completed and the mandate set forth in Royal Decree Law 26/2021, November 8, is fulfilled. According to Soto, tax payers will have the option to choose between the general objective estimation or direct estimation tax base.

The government team also submitted a proposal to grant subsidies to 12 local entities in the amount of 376,002 euro. According to the spokesperson for the municipal government, it will be possible to continue "to conduct activities in which a substantial participation of the population is involved", with the declaration of public interest and the social interest.

The government team has added to their votes the votes of Gicar and PP for these subsidies against the abstention by Carboneras Avanza. It has been noted that the City Council has a Strategic Plan For Subsidies and that unlike Felipe Cayuela's previous municipal government, a criterion is used for assigning them.

Ramon Soto has ended his defense of the work of entities that receive support far away from practices. He has reminded Cayuela how to "give 10,000 euro to his uncle without having a file for the Green Film Festival that hasn't been done, something it was to hitch an ride and the General State Intervention already said it or to subsidize him for beer and macaroni at Aguacarbo.

‹ ›
Keywords:
CarbonerasAdaptaNormaFiscalNuevaRegulacionPlusvalias
Your comment has been forwarded to the administrator for approval.×
Warning! Will constitute a criminal offense, illegal, threatening, offensive, insulting and swearing, derogatory, defamatory, vulgar, pornographic, indecent, personality rights, damaging or similar nature in the nature of all kinds of financial content, legal, criminal and administrative responsibility for the content of the sender member / members are belong.
Related News