Polling stations opened at 7 a. 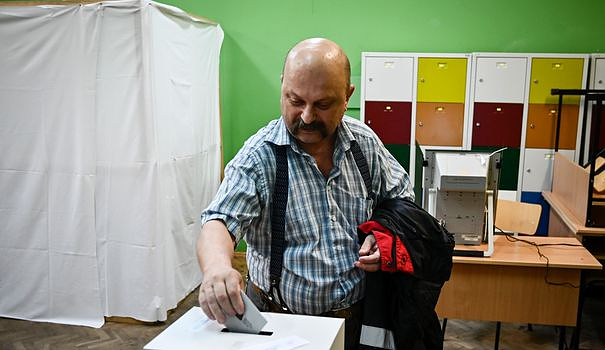 If endemic corruption occupied the debates of the last legislative elections, economic insecurity this time dominated the campaign, while inflation is close to 20% in this Balkan country, the poorest in the European Union.

"It's the prices that worry the voters, much more than the geostrategic subjects that agitate the parties", explains to AFP the expert Antony Todorov, of the New Bulgarian University.

Studies show "a fear of winter", of falling into misery in the face of skyrocketing heating and food prices.

In this anxiety-provoking climate, the ex-Prime Minister Boïko Borissov, 63, is doing well: opinion institutes place his conservative party Gerb in first position, with 25% of the voting intentions.

On the strength of his experience of a decade in power, he promised Friday, at the last gathering of his supporters in Plovdiv (south), to overcome "chaos", to "work for the stability of the country".

Despite a nine-point delay in the polls, his centrist rival Kiril Petkov wants to believe in it and "continue the change", the name of his training.

This 42-year-old former entrepreneur trained at Harvard, who landed on the Bulgarian political scene in 2021, governed for seven short months before being overthrown by a motion of censure.

In an interview with AFP, he is pleased to have tackled "corrupt practices", his hobbyhorse, to redistribute the money to the youngest and retirees, but "there is still a lot of work".

"The challenge is to choose between a European, progressive and transparent Bulgaria, and a return to years of political corruption", he summarizes, in a final appeal to voters.

He firmly rules out an alliance with Mr. Borissov, his sworn enemy, raising the specter of further political instability, unprecedented since the end of communism in 1989.

The Gerb party declares itself "open to all".

"I don't believe they are returning to power, they are too isolated," comments Mr. Todorov. "The situation is critical, Bulgaria needs a government, but not at any price," he said.

For political scientist Gueorgui Kiriakov, Boïko Borissov could however ally himself with the party of the Turkish minority MDL and the formation Vazrajdane (Renaissance), ultra-nationalist and close to the Kremlin, whose "behaviour will be decisive".

Credited with 11% to 14% of the vote, this movement has gained momentum since the launch of the Russian offensive in Ukraine, in a country with strong historical, economic and cultural ties with Moscow.

A series of political crises are blocking reforms, slowing down growth and accelerating the exodus of young people from this country which has already lost a tenth of its population in a decade.

Not to mention the cost of the successive elections: "we spent a billion for the elections, as much as four football stadiums", launched Friday Boïko Borissov.