At least nine people have died in a gas explosion in a residential building on the Russian Far East island of Sakhalin. 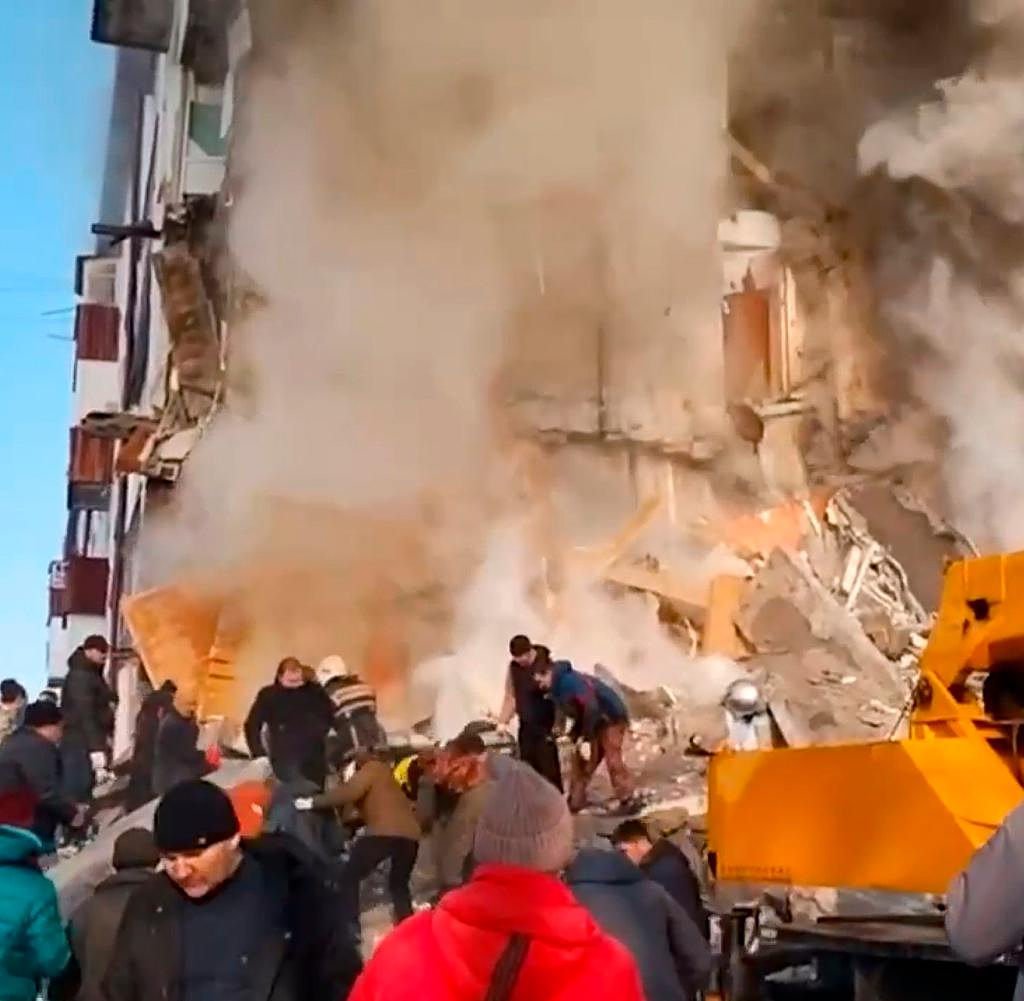 At least nine people have died in a gas explosion in a residential building on the Russian Far East island of Sakhalin. "There are at least two people under the rubble," said the island's governor, Valery Limanenko, on his Telegram channel.

The search for them will continue. Seven people were also hospitalized. The explosion occurred in Tymovskoye, an urban-type settlement in the center of the island. A complete entrance to the five-story building was destroyed.

So far, nine dead have been recovered during the rescue work, including four children. The public prosecutor's office has so far dealt with negligence in handling the gas balloons.

‹ ›
Keywords:
NewsteamExplosionsunfälleExplosionsunglückeRussland
Your comment has been forwarded to the administrator for approval.×
Warning! Will constitute a criminal offense, illegal, threatening, offensive, insulting and swearing, derogatory, defamatory, vulgar, pornographic, indecent, personality rights, damaging or similar nature in the nature of all kinds of financial content, legal, criminal and administrative responsibility for the content of the sender member / members are belong.
Related News