Already underway, the AgroIntel marketing platform is part of the Andalusian Cited 4. 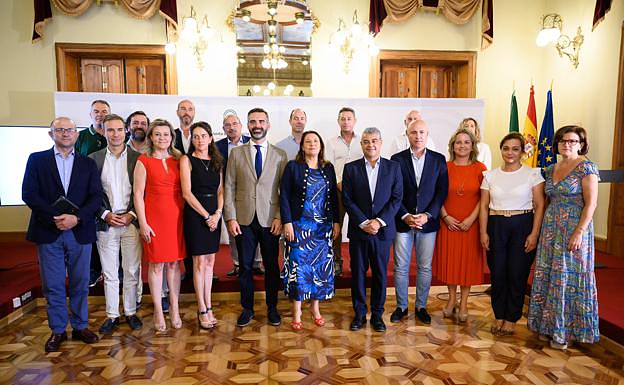 Already underway, the AgroIntel marketing platform is part of the Andalusian Cited 4.0 Agricultural Technological Innovation Pole. It will make its predictions to farmers during the same campaign. Carmen Crespo, Acting Minister of Livestock, Fisheries and Sustainable Development, announced this yesterday.

The winning company's managing director said that it is a tool that will help bring technology such as machine learning or artificial intelligence closer to the agricultural sector. AgroIntel provides information, evidence, and advice in order to help increase productivity, performance, or profitability through Big Data.

It is a project that was created for the sector and will be supported by the knowledge and experience of farmers. You will know exactly what, when, how, and why you plant. He commented that we often respond in a traditional manner to things and that we now believe that this valuable tradition should be enhanced by new technologies.

The pilot project for this marketing platform is already in progress. It uses artificial intelligence and geolocated data. At the moment, it only offers data on three products: pepper, aubergine, and watermelon. However, other vegetables from the Almeria countryside will soon be added. Andalusian will also be used in the future.

The head of Agriculture stated that she was certain that other countries will "copy" the tool that "begins its path." Crespo spoke out about the importance of this platform and stated that, "this project, along with the DIH Cordoba in the agrifood industry is one of Spain's most powerful" and decided to "grow alongside it."

This platform, which is a pioneering one, aims to make it easier for decision-making in the agri-food industry's production, distribution, and marketing. The minister encouraged Andalusians and others to collaborate in the incorporation information. "The more private data that's incorporated, then the better the predictions."

Crespo appreciated the Andalusian sector's commitment to this initiative, in which entities like Coexphal and Ecohal, Hortyfruta and the Professional Agricultural Organizations (PAOs) and Agro-food Cooperatives were involved. He stated that Almeria and the fruit and vegetable industry want to make the most of possible synergies to increase the marketing of their products and access to the markets.

The platform uses algorithms and artificial intelligence (Big Data) in order to make predictions that will be of great interest to farmers. For example, he explained that the platform can predict the production estimates and the expected prices at each stage of the campaign. The platform's ultimate goal is to increase the productivity, performance, and profitability of farmers. Agapa, the Agricultural and Fisheries Management Agency of Andalusia, has already incorporated data from the European Union Food and Agriculture Organization (FAO) as well as the United Kingdom, France, and Italy. It also collects data from the agroclimatic stations in the Junta, State Meteorological Agency, MercaBarna, and MercaBilbao market.

Ramon Fernandez-Pacheco was the Mayor of Almeria. He praised the Board's "already underway" commitment to make Almeria "a center for strategic decision in a sector where Andalusia has a world power." It is true that the Innovation Pole, located in the center of the capital will allow for actions to be planned and key decisions made "for the Future of a Sector that has an international reference for talent and work in Almeria".

‹ ›
Keywords:
AgricultoresDisponenInteligenciaArtificialIncrementarRentabilidad
Your comment has been forwarded to the administrator for approval.×
Warning! Will constitute a criminal offense, illegal, threatening, offensive, insulting and swearing, derogatory, defamatory, vulgar, pornographic, indecent, personality rights, damaging or similar nature in the nature of all kinds of financial content, legal, criminal and administrative responsibility for the content of the sender member / members are belong.
Related News