Argentina: for Kirchner's lawyer, the assailant "did not act alone"

"He did not act alone, because there were preparatory events for the assassination attempt. 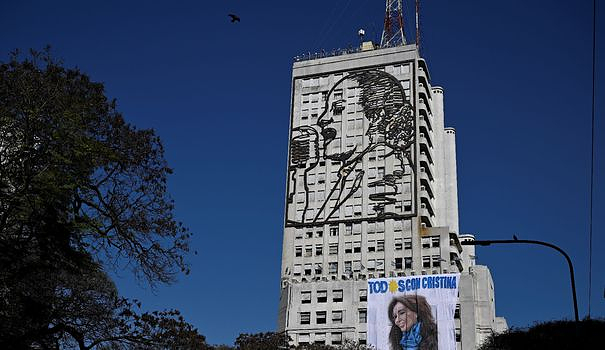 "He did not act alone, because there were preparatory events for the assassination attempt. There were other people who were aware of this situation, without a doubt," said Gregorio Dalbon on C5N television, without however advancing elements supporting this thesis.

"In my opinion, there are going to be more (accused) because I understand that he did not act alone," he insisted in a separate interview with the official Telam agency.

Ms. Kirchner's assailant has been identified as Fernando André Sabag Montiel, 35, of Brazilian nationality, but living in Argentina since childhood. The man, whose motives are unknown at this stage, has not made a statement since his arrest.

On photos of his Instagram account, he appeared wearing many tattoos, some of which (a black sun, a cross resembling the Iron Cross) associated with Nazi symbolism.

On Thursday evening, as Ms Kirchner mingled with supporters outside her home, he pointed a pistol at her head, point blank. For some unknown reason, no shot was fired even though the weapon, loaded, was activated, President Alberto Fernandez assured shortly after.

The lawyer also confirmed that a complaint would be formally filed on Monday in the name of Ms. Kirchner, so that, as a civil party, she would have access to the file, and could follow the results, suggest clues, experts, or "do appeal of resolutions which would be prejudicial to it".

Gregorio Dalbon also indicated that he would ask that "be heard to explain his statements" a certain "Mario". Shortly after the attack, this Mario had declared on television to have been a friend of the suspect since adolescence, and said he was "convinced that his intention was to kill her". He also said he had not seen the suspect for ten months, when he was looking for a weapon.