"Anything can happen": in Istanbul, the fear of a new wave of attacks

In the crowd around them, who have come to meditate, many fear that a new campaign of terror will bruise Turkey, seven months before the presidential and legislative elections scheduled for June 2023. 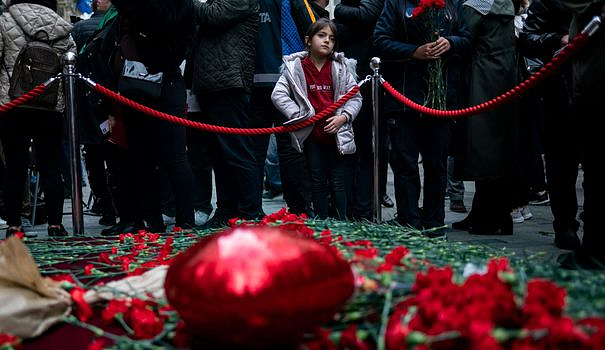 In the crowd around them, who have come to meditate, many fear that a new campaign of terror will bruise Turkey, seven months before the presidential and legislative elections scheduled for June 2023.

Behind, in indifference, two cleaning ladies suck up, with their backs bent, the broken glass which still litters the floor of the fashion store whose windows have been partly blown away by the explosion.

Istiklal Avenue, 1.4 kilometers of cobblestones lined with shops, restaurants and where many European consulates sit, was washed away overnight.

Where bodies lay shortly after 4:20 p.m. Sunday (1:20 p.m. GMT), plus a trace of blood. The mixture of earth, stone and glass propelled for meters around has also disappeared.

The pedestrian artery reopened entirely on Monday morning, ready to absorb as usual the streams of Turks and tourists who pour into it until late every day of the year.

With one detail: the dozens of small benches installed at regular intervals all along the avenue were removed before daybreak, a sign that the authorities fear the possibility of a new attack.

It is on one of them, leaning against a planter, that a woman - arrested during the night and who says she acted on behalf of the Kurdistan Workers' Party (PKK) according to the Turkish police - dropped off "a bag" on Sunday afternoon.

Just before the big boom and the cries of fear and panic.

"We need more security!", thunders Idris Cetinkaya, employee of a hotel in the neighborhood who came to attend the meditation.

"The police just searched my bag when I arrived, but it's the first time in a year. There are millions of people coming here, anything can happen at any second!"

The approach of the elections is not to reassure him: an explosion "can take place again, on any busy street or in Sultanahmet", the historic peninsula of Istanbul where tourists flock all year round from the world whole, dreads the fifty-year-old.

In 2016-2017, a series of attacks claimed by the jihadist group Islamic State (IS) and Kurdish fighters had bereaved the largest city of Turkey.

“We live in fear”, abounds Kemal Öztürk, 42 ​​years old. "During an election period, [a new attack] can happen. It can happen here or in any city."

"I'm not afraid. It's over, it's like that", sweeps away an elderly trader, black beret and velvet pants, indifferent to the cameras and the officials who swirl five meters away. the.

In his tiny neighboring shop, Mecit Bal, which sells tobacco and chocolate, observes the comings and goings with reddened eyes.

"I left 30 minutes before the explosion yesterday. My son was there. He called me: Dad, an explosion has taken place," the 60-year-old told AFP.

He also fears that a new attack could take place at any time.

But for the time being, the trader is mainly worried about his son: "he is not going to come back to work today, and I don't know when he will come back. He is psychologically affected".