After its electoral victory, the Danish left in search of a government

Accustomed to leading minority governments, the Social Democrats, by far the largest party with 50 seats out of the 179 in Parliament, now want to govern beyond traditional divisions, a challenge in the Scandinavian country. 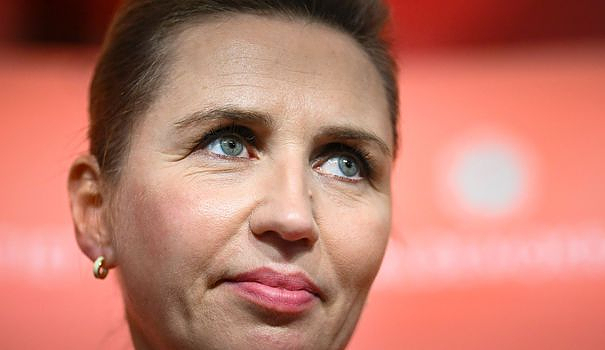 Accustomed to leading minority governments, the Social Democrats, by far the largest party with 50 seats out of the 179 in Parliament, now want to govern beyond traditional divisions, a challenge in the Scandinavian country.

"It's going to be very, very difficult. We don't know if it's possible, but we're trying everything we can," Ms Frederiksen said during a midday debate.

At the end of the vote, the left bloc, which brings together five parties plus three mandates from Greenland and the Faroe Islands, obtained the necessary absolute majority of 90 seats, against 73 for the right and the extreme right and 16 for the center.

After the resignation of the government, Queen Margrethe II will now discuss with each party leader before instructing, in all likelihood, Mrs. Frederiksen to begin discussions with a view to forming a government.

The 11 other parties now represented in the Folketing have already made it known that it was up to the leader of the Social Democrats to become "royal negotiator" at the end of this "queen's tour" - in the local jargon popularized by the famous Danish series "Borgen".

With the best result for her party since 2001, the 44-year-old leader is in a strong position to stay in office.

For political scientist Rune Stubager, discussions with the right have little chance of succeeding, the formations on that side of the political spectrum, which have so far refused his outstretched hand, having "no reason "to formally ally with her.

For the form, the leader of the Social Democrats will nevertheless "start negotiations to form a broad government and it will take time, probably several weeks", told AFP the academic.

"Then it will go to plan B, which I think is more realistic, which is to form a government with the other parties of the left camp."

She will also have to come to terms with the new centrist party, the Moderates, newly created by former liberal Prime Minister Lars Løkke Rasmussen.

The exit polls and the first results initially predicted that he would play a decisive role as referee.

But "the dream only lasted a few hours, summarizes the daily Jyllands-Posten. "Now Mette Frederiksen can in theory avoid Løkke".

The Moderates will take part in the negotiations and could, if they wish, enter the government, "if they are ready to compromise enough", believes Mr Stubager.

But "I don't think they will take the plunge because it would expose them to criticism from the right" from which the majority of their executives come.

Migration issues, absent from the campaign, could make a comeback in these negotiations.

The social democrats, whose objective is not to welcome any refugees, are working on the establishment in Rwanda of a center for the management of asylum seekers, a project decried by the social-liberals whose mandates can be prove crucial for the constitution of the next government.

"It will be very difficult for the Social Democrats to soften their position on immigration, because it has been a pivotal point in their strategy for the last five, six years", notes Mr. Stubager, however.

The far right, divided into three parties, won 14.4% of the vote but found itself weakened to weigh in the negotiations.

The Danish People's Party (DF), long influential and prancing above 20% just a few years ago, fell to around 2.6%, its worst result since entering parliament in 1998.

It is a new party founded by the former Minister of Immigration, Inger Støjberg, the Democrats of Denmark, which wins the day with 8% and 14 mandates.

In a country where turnout is traditionally high, 84.1% of some 4.2 million voters turned out to vote, a very slight decline in the share and the lowest in several decades.