The taxi driver, injured in the neck by a cutter but out of danger, was attacked overnight from Tuesday to Wednesday in Saint-Forget (Yvelines). 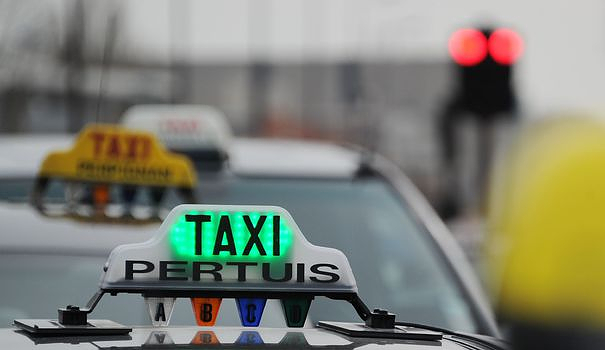 The taxi driver, injured in the neck by a cutter but out of danger, was attacked overnight from Tuesday to Wednesday in Saint-Forget (Yvelines).

The attacker, whom the driver had taken care of at the Gare de Lyon in Paris, then stole the taxi, according to the gendarmes.

An investigation has been opened for attempted murder and armed robbery.

Thanks to the telephone terminals, the suspect was arrested Friday in Normandy, in possession of the stolen car, by the gendarmes of the research section of Versailles, according to the parquet floor of Versailles requested by AFP.

Sentenced in 2014 to twenty-two years' imprisonment for the murder of a 14-year-old teenager in the Doubs in 2012, he was considered to have escaped, said the prosecution, after a day's leave at the end of which he had not returned to his prison.

The young man was taken into custody.