UN body weighs in on a global treaty against plastic pollution

Representatives from member countries of the United Nations are looking into proposals to create a binding international treaty that will curb plastic pollution. 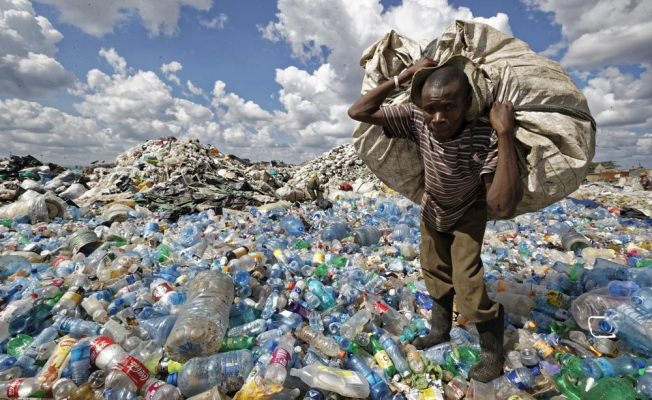 The U.N. The U.N. Environment Assembly will meet in Nairobi from February 28th to March 2, and is expected to develop an international framework for addressing the problem of plastic waste in the oceans, rivers, and landscapes around the world.

U.N. said, "For the first ever time in history we are seeing unprecedented global momentum for tackling the plague of plastic poisoning." Environment Program Executive Director Inger Andersen.

Andersen urged member states to use the opportunity to change humanity's relationship with plastic by establishing a global agreement to address the issue.

During years of international discussion about how to reduce single-use plastic, two major proposals emerged.

Japan sponsored a second proposal that calls for an international agreement to address marine plastic pollution. It would promote resource efficiency and circular economies, as well as reuse.

Both proposals call for the establishment of a negotiating panel to conclude the new plastic treaty before 2024.

The U.N. will endorse a plastics treaty. Environment Assembly: Andersen stated that it would be "the most important global environmental governance decision since 2015's Paris (Climate) Agreement."

Greenpeace, an environmental group, supports the Peru-Rwanda proposal for a full lifecycle approach to plastic pollution.

Erastus Ooko from Greenpeace Africa, who is responsible for plastics engagement, stated that "over 140 countries have supported opening negotiations on a worldwide plastic treaty."

Ooko stated that support for negotiations was not sufficient. These countries should call for a legally binding agreement that matches the severity and scale of the plastics crisis.