Realme GT Neo 3, the fastest charge on the market

The Chinese company presents its new GT family phone boasting of being able to charge 50% in just 5 minutes. 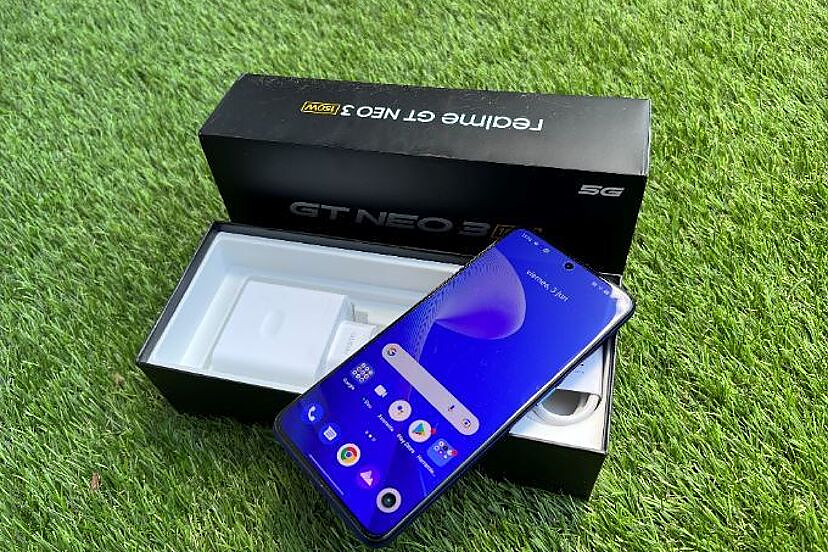 The Chinese company presents its new GT family phone boasting of being able to charge 50% in just 5 minutes.

Realme continues to expand its family of devices with a rate of launches only comparable to Xiaomi. This week it was the turn of the GT range, one of the most powerful ranges of the Chinese company and that boasts power and above all speed.

The truth is that the success of Realme in Spain and what has led the Asian to become the fifth company that sells the most phones in our country, has been above all its range of medium or medium-low terminals, with aggressive prices, but Realme ensures that the GT family sold around 50 million units worldwide and in Spain it accounts for around a quarter of sales (25%).

Quite positive figures considering that this family moves away from the low prices that characterize many of the Realme equipment, in exchange for better features.

If there are two characteristics that define the new Gt Neo 3, they are its processor and fast charging.

Specifically, the Neo 3 boasts 150W of charging power, which allows a full charge in less than 15 minutes or 50% in just 5 minutes. From the brand they assure that it is the highest power on the market to date and seek to remove false myths about fast charging by ensuring that they have tested their new equipment and after 1600 full charge cycles (more than 4 years) , the phone keeps 80% of the original battery.

As for the processor, Realme has also chosen to be a pioneer and equip the Gt Neo 3 with the MediaTek Dimensity 8100 accompanied by 12Gb of Ram and 256 Gb of storage and 5G connection. Very good performance on paper and good performance on the days that I have been able to test it. Its battery is 4,500 mAh.

And if there is a characteristic that identifies the GT range, it is its design, with striking lines on the rear that are maintained in the GT Neo 3. This time it will be marketed in blue or white with white lines (for blue ) or black (for white) or totally black, but later a DragonBall version will arrive in Spain for lovers of the animated series.

Turning the equipment around, we find a 6.7-inch AMOLED panel that has a Full HD resolution and a refresh rate of 120 Hz.

The GT Neo 3 works with a fingerprint reader on the screen, and I have to say that it is very fast and hardly crashes.

As for the camera, it has three sensors, the main one being 50 Mpx (Sony IMX766). This is accompanied by an 8 megapixel wide angle with up to 119 degrees and a 2 megapixel macro. The front camera is 16 megapixels and allows you to record video in Full HD.

The one that boasts the fastest charging on the market, will be available at MediaMarkt, El Corte Inglés, PcComponentes, Fnac and Amazon in the three colors (Blue, White and Black) in 12GB 256GB for 699.99 euros.

The company will launch an offer from June 9 to June 22 to acquire the terminal for 649.99 euros with the realme Buds Air 3 as a gift.

For its part, the realme GT NEO 3 80W (the only difference is the charging speed) will be available on Amazon in the 8GB 256GB version for 599.99 euros. The introductory offer leaves this team at 549.99 euros real Buds Air 3.