Apple presents iOS 16 and new MacBook, but no trace of its virtual reality glasses

Apple's foray into virtual and augmented reality with its own glasses was the most anticipated news, but for now, no sign of the Cupertino lenses. 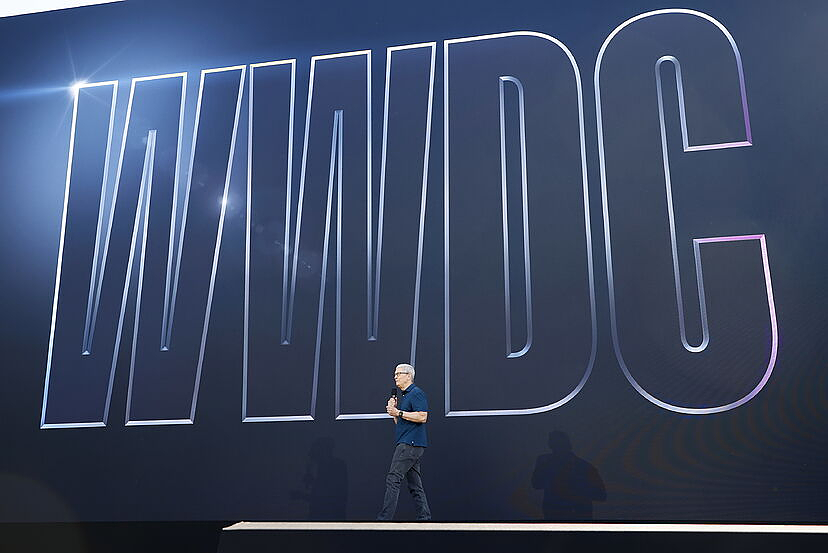 Apple's foray into virtual and augmented reality with its own glasses was the most anticipated news, but for now, no sign of the Cupertino lenses.

The beginning of the Annual Apple Developers Conference is traditionally the time of the year chosen by the apple company to announce its updates to iOS, WatchOS and MacOS, but this year the rumors pointed to the appearance of a new protagonist, RealityOS.

Augmented and virtual reality made Facebook change its name just a few months ago and Apple's investments in this field seem to translate into a growing interest that could lead to the announcement of its own virtual reality glasses and its own operating system for it. But for now it remains an assumption, just as it was yesterday.

The rumors that suggested that today Apple would announce its definitive commitment to virtual reality have remained mere rumours.

The landing of those from the apple in this new segment could give the final boost that experts are waiting for to turn the metaverse into the new technological revolution. Apple has been investing in this field for some time, such as with the May 2020 acquisition of NextVR, a company specializing in virtual reality video streaming for which it paid $100 million. Or the acquisition for 30 million in 2017 of VRvana, a company that manufactured virtual reality and augmented reality helmets and that could be the germ of Apple's future helmet.

For now, Meta will continue to be the company with the strongest commitment to this field. Zuckerberg's company now has 17,000 employees working to power the metaverse, with a budget of about $3 billion a quarter. In addition, it plans to launch another virtual and augmented reality headset, Cambria, later this year to compete directly with the alleged Apple device.

So, what has the one from Cupertino presented?

Apple's presentation began with the company's news in its different operating systems, starting with the iPhone, iOS.

iOS 16 releases the lock screen, and its main feature is that it will be customizable, being able to completely change all the elements of this panel. In addition, the company wants to order notifications and for this it has announced Live Activities, with which it can follow the route, for example, of Uber to the door of the house through a widget.

Another improvement appears in the message application, where you can now delete sent messages or even modify the text despite having been sent.

Those of the apple have also improved the dictation function on the iPhone and ensure that thanks to artificial intelligence the dictation is really faithful to what is meant, saving time in long texts.

In addition, the Live Text function, which allows you to select text from any photo, is extended to video, and Apple will also allow you to extract silhouettes and specific images from a photo or image to copy and paste them into other applications very easily.

In Apple Pay, following the trend of buy now and pay later, Apple has announced that it will allow us to make use of the new "pay later" function, which will allow us to split the cost of a purchase.

Privacy is an issue that Apple has been betting on for a long time with tools that have even made giants like Facebook uncomfortable, by limiting the collection of user data. The usual thing is that in each release of a new update of its operating system, these tools that increase user privacy improve, and in iOS 16 it will be so. On this occasion, Apple has presented Safety Check, a new settings menu to be able to stop sharing our location, modify privacy permissions or access to our messages.

Another of the great novelties is in Apple Car, which Apple has presented will be fully integrated with the vehicles of the future, even being in charge of showing the odometer, or being the tool through which to configure the temperature of the vehicle.

The new WatchOS 9 incorporates new spheres, as usual, in addition to a new interface for the Siri assistant and a new way of displaying notifications. In addition, it incorporates new types of training and improvements in the precision with which it analyzes the sport that we do thanks to the use of the accelerometer and the gyroscope to calculate the time that our feet are in contact with the ground when running.

Likewise, the company has improved the sleep application and has presented new alerts so that you do not forget to take your medicines, and can even scan the medicine label to identify them and add them to the agenda.

The company's Mac computers will have a new processor to show off, Apple Silicon M2, starting with the new MacBook Air. In figures, this chip is 18% faster than the M1 and when compared to the competition, Apple claims that it is 1.9 times faster than the latest 10-core laptop chip.

The equipment that will release this chip is the new MacBook Air. Lightness and thinness are its main characteristics, with only 11 mm thickness and less than 1.3 kilos of weight.

In addition, Apple will also incorporate its new chip into the second best-selling laptop in the world (after the MacBook Air), the 13-inch MacBook Pro.

In addition, the company launches MacOS Ventura, with interesting improvements in windows, mail and Safari, as well as a new commitment to games with Metal 3, with which Apple promises that better games will come to its computers in the coming years.

The last turn has been for the iPad operating system, iPadOS.

‹ ›
Keywords:
TecnologíaApple Inc.
Your comment has been forwarded to the administrator for approval.×
Warning! Will constitute a criminal offense, illegal, threatening, offensive, insulting and swearing, derogatory, defamatory, vulgar, pornographic, indecent, personality rights, damaging or similar nature in the nature of all kinds of financial content, legal, criminal and administrative responsibility for the content of the sender member / members are belong.
Related News