No, this is not Elon Musk you are talking about. Each day, Lyndsay Tucker must explain to the many people who contact her that the owner of Tesla is no longer t 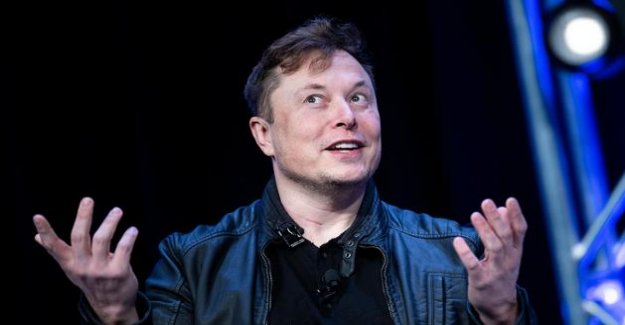 No, this is not Elon Musk you are talking about. Each day, Lyndsay Tucker must explain to the many people who contact her that the owner of Tesla is no longer the owner of the line.

read also : Elon Musk, the resurrection of the phoenix from the Silicon Valley

A phone line that the saleswoman at Sephora in San Jose, California, has been assigned by the AT&T, the largest provider of telephone services in the United States. Ironically, the young woman was completely unaware of Elon Musk up to this mishap. It is only when she is entrusted with her mother on SMS and calls to which it is submerged that she has discovered the identity of the person to whom they were directed. "And the jaw of my mother just fall," she says to the american media NPR, describing the dismayed of it.

a few years ago, the AT&T has, indeed, given to Lyndsay Tucker a number that had previously belonged to Elon Musk as shown by the public records consulted by NPR. More specifically, the line was connected to an apartment bought and sold years ago in Palo Alto California by the CEO of Tesla, which is then gotten rid of the number. The latter was eventually reassigned and given to the young woman who receives on average three calls or messages addressed to the one whom she has never met. Sometimes much more when the words of the founder of Tesla and SpaceX are doing a controversy.

Contacted by NPR, Elon Musk said he was surprised that the number is still active but has not extended in its response. He has not responded to the question of the journalist asking him whether he himself had given this number to persons to induce them in error. Among the messages intercepted by Lyndsay Tucker : a woman volunteering to travel into space with SpaceX, plans to create a member bionic or information about research on a vaccine against the coronavirus.

"Every time I see his name appear in the news, I say to myself 'I have to educate myself on what he said because, probably, someone will send me a message or call me'," said she, adding : "Even if I find it funny most of the time, it sometimes becomes irritating call after call after call." So far, Lyndsay Tucker does not separate from the number space. Trying to become an actress, she sees the many contact opportunities.