In the cozy setting of the Elysée reception hall, and facing the prefects gathered for the occasion, Emmanuel Macron presented Thursday, September 15 the main lines of his reform calendar for the next twelve months. 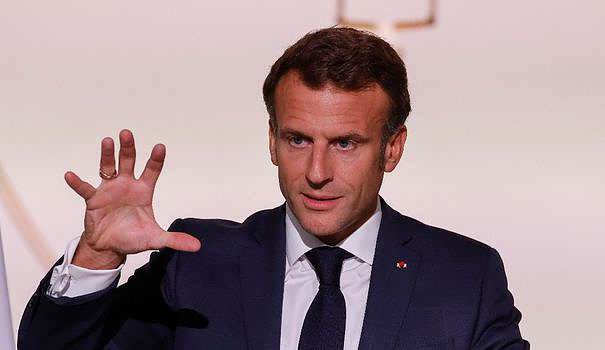 In the cozy setting of the Elysée reception hall, and facing the prefects gathered for the occasion, Emmanuel Macron presented Thursday, September 15 the main lines of his reform calendar for the next twelve months. The Head of State recalled his wish to carry out the pension reform without specifying either the method or the timeframe. The former economy minister also shared his aspiration to reform asylum law. An immigration bill could thus be presented to Parliament in early 2023.

This is not the first time that Emmanuel Macron has proposed to legislate on asylum and immigration issues. At the beginning of his first term, he had the law adopted "for controlled immigration, an effective right of asylum and successful integration". Four years after its entry into force, the President deemed the system insufficient. "We have a policy which is both inefficient and inhumane, inefficient because we find ourselves with more foreigners in an irregular situation than many of our neighbours, inhumane because this pressure means that they are too often badly received" , he noted.

In this sense, the Head of State has set a priority: "Integrate much faster and much better those who have a provisional title by language and by work", pleading for a better distribution of reception. He campaigns to solicit "rural areas, which are losing population" and calls for a break with the logic of "putting women and men who arrive, who are in the greatest misery" in the poorest neighborhoods. If he looked into the question of the reception of refugees and economic migrants during this exchange, Emmanuel Macron was just as verbose about foreigners in an illegal situation.

On the granting of visas, Emmanuel Macron aims to change the rules in depth. "We must reform our procedures to be able to go much faster and that is essential. We must preserve the fundamental rights of all people but we must be able to go much faster, above all, to fight against all delaying practices", said he justified with energy. He wants to condition the granting of visas "on the spirit of cooperation to take back foreigners in an irregular situation, starting with those who disturb public order". A reference to countries that refuse to grant the necessary passes when one of their nationals is expelled from French soil.

During the summer, the French President went to Algeria with a view to discussing the subject with his counterpart, Abdelmadjid Tebboune. A relaxation of the visa regime granted by Paris has been considered in exchange for increased cooperation from Algiers in the fight against illegal immigration. The executive also intends to change the regulations within the country. In view of "the geographical and demographic reality" of Mayotte and Guyana, "profoundly different from the rest of the soil of the Republic", the Head of State welcomed the reform of land law carried by Gérald Darmanin. The former mayor of Tourcoing had called for tougher access to French nationality in Mayotte. Juris soli had already been strengthened there in 2018.

If the majority calls for a more effective immigration policy, reforming access to French soil seems to have been the lot of all governments since 1980. The government site Vie publique recalls that 28 laws have been included in our legislation during the forty last years. The texts that have piled up have not removed from public debate the issue of immigration, which has long animated the debates of the 2022 presidential campaign. From the "Pasqua law" of 1986 to the "Collomb law" of 2018, the terms presenting the bill are substantially identical: "firmness", "efficiency" or even "humanity".

The proliferation of texts is also partly explained by the transcription of European directives into French law. All of these laws have led to a tightening of the conditions for obtaining a long-term permit without the number of foreigners in France decreasing.

Foreign immigrants now represent almost 10% of the population compared to 7.3% in 2000. Legislation is becoming more complex with the multitude of reforms and each five-year term leads to an immigration law. After the Collomb law in 2018, Gérald Darmanin should also carry out his reform, under the second term of Emmanuel Macron.