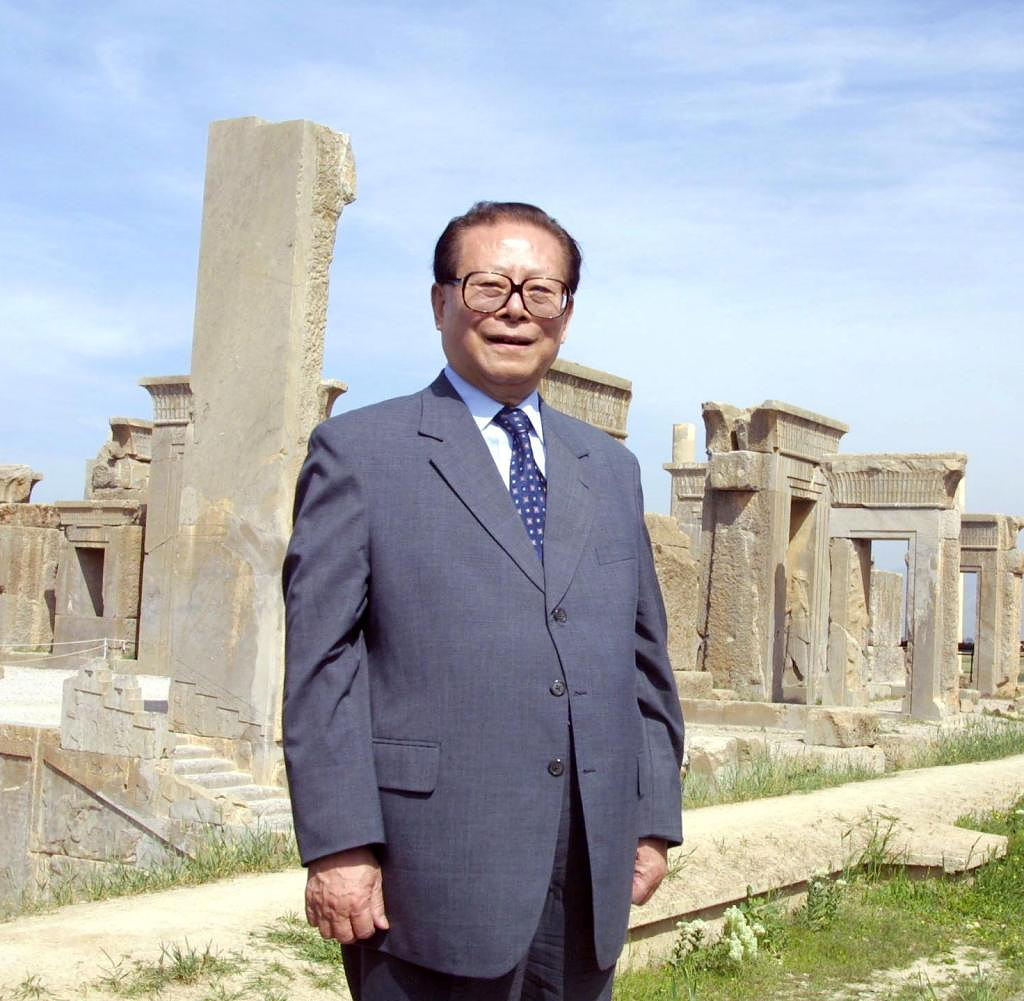 Beijing-based US author Robert Lawrence Kuhn titled his biography of China's former Party leader and President Jiang Zemin, "The Man Who Changed China." Kuhn wrote the book with the help of the Chinese Propaganda Office, his initial co-author Ye later revealed Yonglie. The calculus: Jiang's biography would appear more credible to his compatriots if a foreigner praised him.

But the title of the book wasn't all that wrong. From 1989 to 2002, Jiang led the People's Republic. Two merits secure him a place in communist history: he stabilized the party's rule during its most serious political crisis, when it bloodily crushed the pro-democracy movement in the Tiananmen massacre of June 4, 1989 with the help of the army.

The second highlight of Jiang's tenure came in 1997 with the return of the former British crown colony of Hong Kong as a self-governing Chinese territory under Beijing's sovereignty.

Actually, Jiang only reaped the fruits of the "one country, two systems" policy that reform strategist Deng Xiaoping had developed for the peaceful return of Hong Kong. On July 1, 1997 - Deng had already died in February 1997 - the world saw Jiang triumph with his big horn-rimmed glasses in Hong Kong. He took over the metropolis from the hands of the British. On that day, foreign countries engraved his face.

In his first year, everyone took the conservative-looking functionary for a transitional candidate. In 1989, Deng, who was to blame for the Tiananmen crisis, surprisingly summoned the then Shanghai party leader Jiang to Beijing, where as the country's new leader he was supposed to patch up the domestic political shambles. Jiang initially resisted the task.

At this point, only army force held the Middle Kingdom together; the entire Eastern bloc was on the brink of collapse. Fears of doom plagued China's party when it became apparent that the Soviet Union was also dissolving. KP dogmatists wanted to return to the planned economy and seal off the People's Republic in order to save the system.

How should a party technocrat without power lead the People's Republic out of the crisis? Jiang had an engineering education, did an internship at a Soviet Union car factory, worked his way up in the Ministry of Machinery, and made a party career.

But he showed stamina and allowed his Shanghai confidants to follow him to Beijing, such as his Premier Zhu Rongqi, who courageously acted as an economic reformer. With the support of the aged Deng, who continued to operate in the background, Jiang broke through the West's sanctions policy and his country's isolation by pragmatically opening up China to former "political pariahs."

Jiang revitalized economic ties with Taiwan and suddenly established diplomatic relations with South Korea, Israel and South Africa. Deng urged him in 1992 to get the People's Republic back on course for reform. Now the West is coming again.

At the same time, Jiang expanded his power in the army - he appointed more than 80 new generals - and sidelined all opponents. 13 years after taking office, he bequeathed his successor Hu Jintao a China that was on the way to becoming the world's export champion and the world's workbench.

Along with Premier Zhu, who had forced state-owned enterprises into market reforms and shrunk them in favor of promoting private enterprise, Jiang delivered a masterpiece. After years of tough negotiations, the two managed to have China's semi-reformed mixed economy admitted to the World Trade Organization (WTO) in 2001. WTO membership became the market stepping stone for the country's rise.

Jiang arranged the first peaceful transfer of power in the People's Republic. Deng once pushed through the end of life tenure for party leaders, too, and Jiang stuck to it. In 2002 he resigned as party leader, then in 2003 as president and in 2004 he retired from his last post as army chief.

The retiree continued to exert influence behind the scenes, as did his mentor Deng. Biographer Kuhn was allowed to reveal that the Politburo approved a secret decision in 2002 that it would consult Jiang before all important decisions in the future.

Jiang had already shown his special relationship with current President Xi Jinping in 2009, when then Vice President Xi, who was designated for the office of party leader, played postman for him on a visit to Germany. As the guest of honor at the Frankfurt Book Fair, Xi first visited then-Chancellor Angela Merkel. He presented the Chancellor with two of Jiang's non-fiction books on energy and information technology, translated into English and signed. China's top teacher sent his regards.

After the end of his term in office, Jiang only made brief appearances at large party celebrations. A new book on Chinese history was published in August 2012 ahead of Xi Jinping's 2012 election as party leader. Jiang wrote the current preface as a warning to Xi. History shows that dynasties that rose too quickly would quickly collapse if they followed the wrong development guidelines, did not control corruption and relied too heavily on centralism.

Jiang bequeathed the Party a self-invented theory, which he called the "Three Represents" doctrine. Hidden behind the ideological mumbo jumbo were reforms to modernize the CCP, with which Jiang transformed the so-called vanguard of the proletariat into a mass party. China's entrepreneurs were also allowed to join, as long as they remained loyal to the party and behaved patriotically.

Jiang wanted nothing to do with political reforms aimed at democratizing society and had dissidents persecuted. He made the relentless crackdown on Falun Gong meditation groups his top priority after 10,000 Falun Gong practitioners surrounded his government seat in mass peaceful protests on April 25, 1999. That became his trauma.

He saw himself as an intellectual, friend of all muses. He loved music and played it himself. When the three Italian tenors visited China, he sang with them in the choir. He understood English, Russian and Romanian, spoke some Japanese and also German, which he had been studying for a year. He loved Goethe's poems, recited a verse from the Erlkönig at the inauguration of the German ambassador in Beijing and practiced for weeks to give a speech to entrepreneurs in Berlin in German. He read Abraham Lincoln's Gettysburg speech in English to US politicians.

Jiang managed dangerous crises with Washington, for example when the US mistakenly bombed China's embassy in Belgrade in 1999, or when a Chinese pilot died in an explosive air incident with a US reconnaissance plane in April 2001 off the island of Hainan. But Jiang also supported the United States after the September 11, 2001 terrorist attack. He got on as well with Bill Clinton as he did with George W. Bush. Like all Chinese leaders before and after him, he had a love-hate relationship with the United States.

‹ ›
Keywords:
Jiang ZeminChinaPolitikXi JinpingDeng XiaopingTexttospeechPekingUSAYe YonglieRobert Lawrence KuhnBill ClintonFrankfurter BuchmesseHongkongHainanWashingtonBelgradBeijingSowjetunionJulyIranChina JiangKrisePolitik
Your comment has been forwarded to the administrator for approval.×
Warning! Will constitute a criminal offense, illegal, threatening, offensive, insulting and swearing, derogatory, defamatory, vulgar, pornographic, indecent, personality rights, damaging or similar nature in the nature of all kinds of financial content, legal, criminal and administrative responsibility for the content of the sender member / members are belong.
Related News