Serbs set up barricade with trucks in divided city of Mitrovica

Militant Serbs have erected a barricade north of the divided city of Mitrovica for the first time amid current tensions in Kosovo. 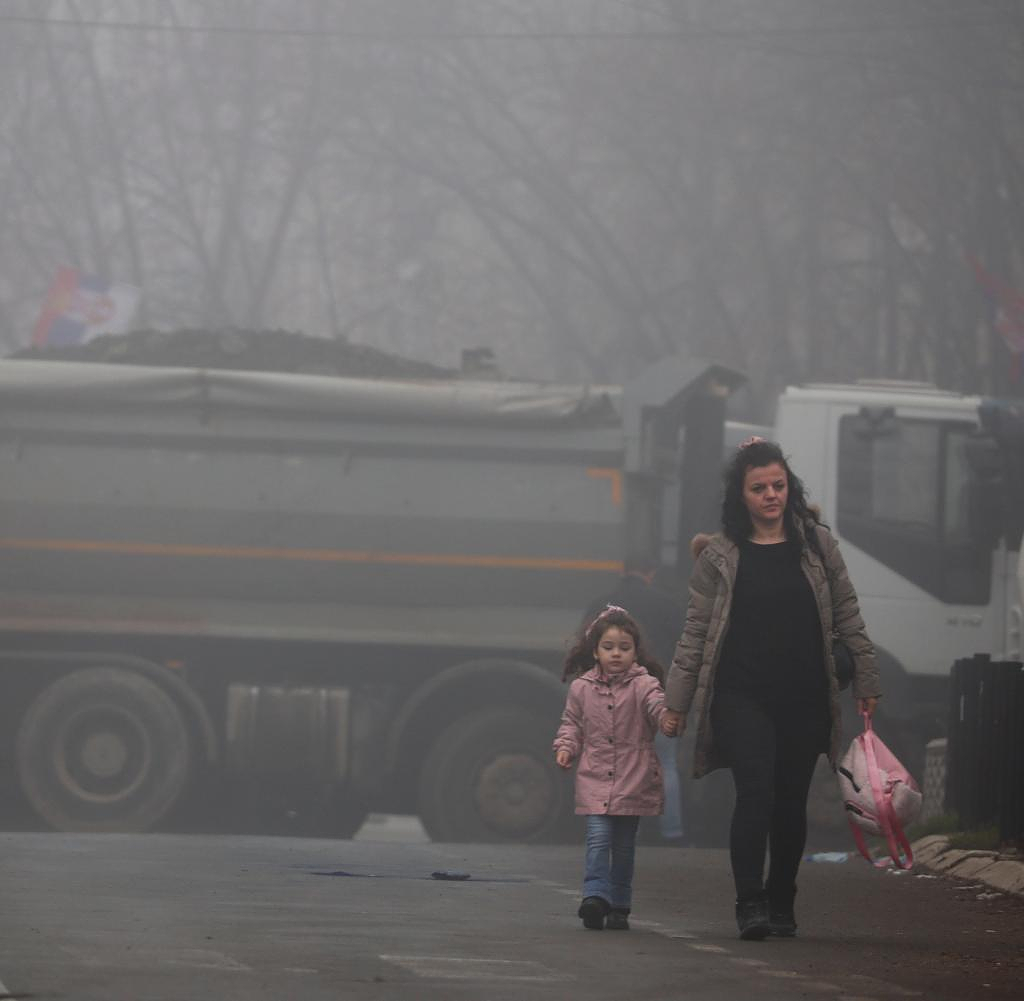 Militant Serbs have erected a barricade north of the divided city of Mitrovica for the first time amid current tensions in Kosovo. Several trucks loaded with stones and sand have been blocking one of the entrances to a neighborhood inhabited by Bosniaks since Tuesday morning, the city-based Serbian-language news portal kossev.info reported.

Serbian President Aleksandar Vucic again put the Serbian armed forces on increased alert on Monday evening. Interior Minister Bratislav Gasic said he issued the order to the police and other units on the orders of Serbian President Aleksandar Vucic. The aim is "to take all measures to protect the Serbian people in Kosovo". The security forces were placed under the command of Chief of Staff Milan Mojsilovic, it said.

Militant Serbs have been blocking the roads leading to the border crossings to Serbia in the villages north of North Mitrovica for 18 days. They set up barricades to protest against the arrest of a former Kosovo police officer of Serbian origin who, according to the Kosovan authorities, had launched attacks on officials of the electoral commission.

On Sunday evening shots were fired in the town of Zubin Potok in northern Kosovo, where Serbs had recently set up roadblocks. The NATO-led peacekeeping force KFOR said the incident happened near one of its patrols. But no one was injured by the shots.

Kosovan Prime Minister Albin Kurti called on KFOR to remove the roadblocks. He raised the issue with KFOR commanders Angelo Michele Ristuccia and Lars-Gunnar Wigermark on Monday, he tweeted.

Serbia has asked KFOR to send 1,000 troops to the largely Serb-inhabited north of Kosovo. Approval was unlikely. Defense Minister Milos Vucevic and Chief of Staff Mojsilovic traveled near the Kosovo border, where they praised the troops' combat readiness and firepower.

The government in Belgrade supports the militant Serbs in northern Kosovo, who are mostly recruited from the criminal and secret service milieu. Through these informal structures, Vucic repeatedly fuels tensions in Kosovo. In the last five years, he had put the Serbian armed forces on high alert six times. In all cases this had no consequences. The NATO-led security force KFOR has guaranteed security throughout Kosovo since 1999.

‹ ›
Keywords:
NewsteamSerbienKosovoTexttospeechMitrovicaBelgradKrimiKFORAleksandar VucicBosniakenSerbe
Your comment has been forwarded to the administrator for approval.×
Warning! Will constitute a criminal offense, illegal, threatening, offensive, insulting and swearing, derogatory, defamatory, vulgar, pornographic, indecent, personality rights, damaging or similar nature in the nature of all kinds of financial content, legal, criminal and administrative responsibility for the content of the sender member / members are belong.
Related News