After the interim blockade of Berlin-Brandenburg Airport (BER) by climate activists on Thursday, politicians from several parties criticized the protest action in clear terms. 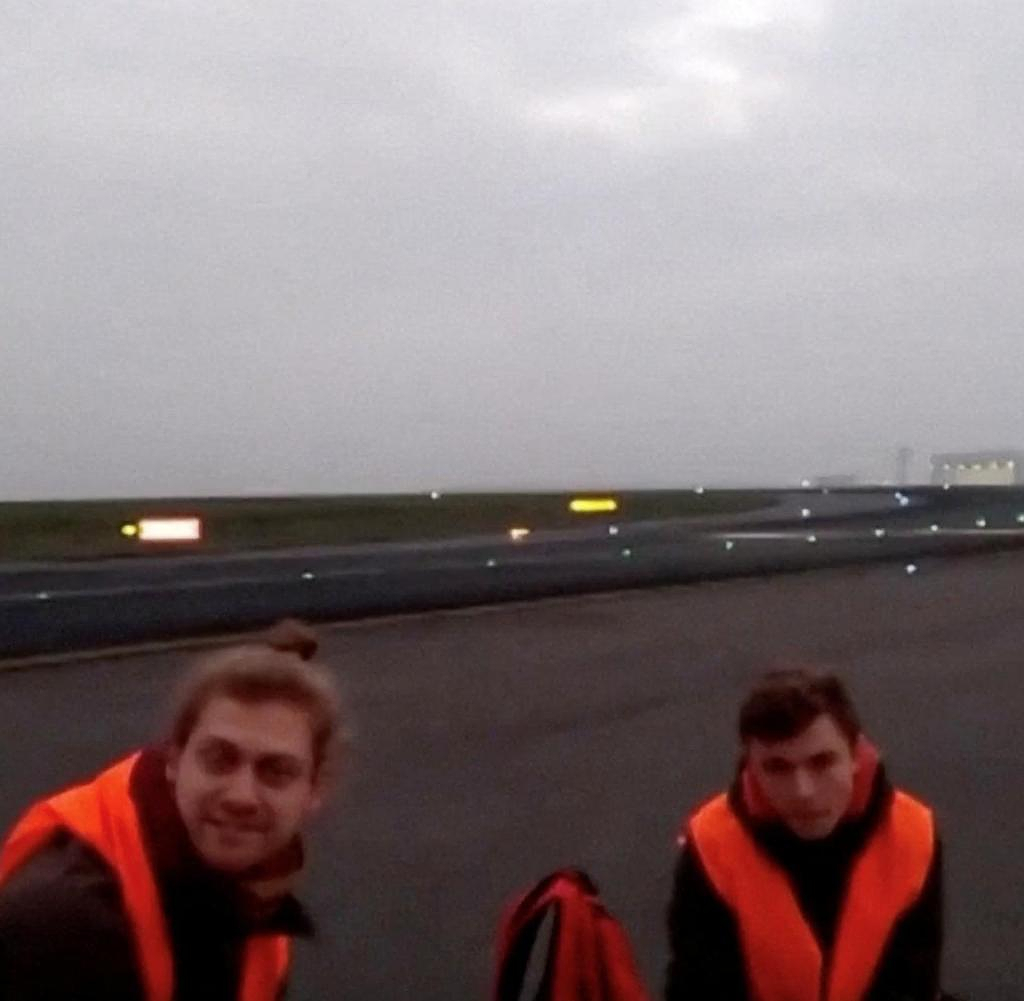 After the interim blockade of Berlin-Brandenburg Airport (BER) by climate activists on Thursday, politicians from several parties criticized the protest action in clear terms.

Blocking the capital's airport is "another escalation and absolutely unacceptable," wrote Interior Minister Nancy Faeser (SPD) on Twitter. The deputy leader of the Union parties in the Bundestag, Andrea Lindholz (CSU), called for "consistent penalties" for disrupting flight operations.

Berlin Airport temporarily suspended flight operations on Thursday due to a protest by “last generation” climate activists. The federal police said some of the activists had stuck themselves. "Because of the unauthorized access of several people, both runways at BER are currently closed," the airport operator also tweeted. Operations resumed about an hour later, albeit with delays.

A spokesman for the federal police said in the ARD "Tagesthemen" that it was "clearly" about property damage and trespassing. There is also the possibility that "a dangerous intervention in air traffic" has taken place.

The climate protest group "Last Generation" said in a statement that several supporters had blocked the airport runway. Some of them would have stuck to the asphalt, while others lead the maneuvering area with bicycles and brought air traffic to a standstill.

Shortly before entering the airport premises, the group said they informed the police about their plans via an emergency call. The activists want to protest against the climate damage of flights.

The group published a video on the online service Twitter, in which three people wearing orange protective vests entered the airport premises through a hole in the fence. One of the three young men was pushing a bicycle. Photos showed activists with a banner on the tarmac.

Interior Minister Faeser complained that "these actions are destroying important social acceptance of the fight against climate change".

With the disruption to air traffic at BER, Lindholz saw “another red line” crossed. Airports are "not a stage for political action," explained Lindholz, because "human lives could very quickly be endangered there."

The deputy leader of the Greens in the Bundestag, Konstantin von Notz, criticized the action of the climate activists as "counterproductive, presumptuous and potentially dangerous". In addition, von Notz sees a need to catch up on the security concept of BER. "It will have to be checked carefully," he told the news portal "T-Online", "how the activists were able to get to the BER runway so easily".

Left-wing leader Martin Schirdewan told T-Online, on the other hand, that the actions of the climate protest group Last Generation are controversial, "but they also touch the wound of political inaction in the face of the climate catastrophe".

FDP General Secretary Bijan Djir-Sarai called the blockade "completely illegitimate" to the news portal. Such actions could "no longer simply be accepted," said Djir-Sarai and demanded: "Here the full severity of the rule of law must take effect."