Macron warns of division in the West – US subsidies “super aggressive”

During his state visit to the United States, French President Emmanuel Macron sharply criticized subsidies for US products in the fight against climate change. 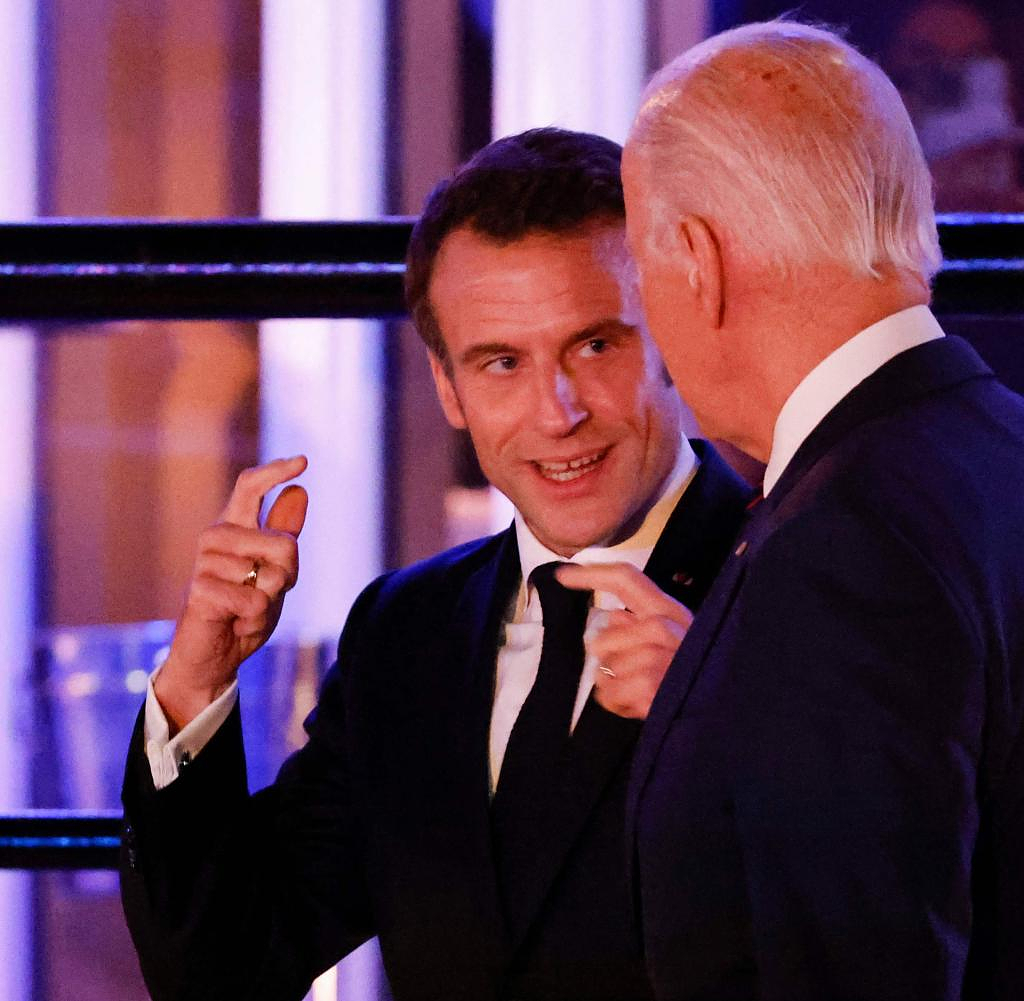 During his state visit to the United States, French President Emmanuel Macron sharply criticized subsidies for US products in the fight against climate change. "These decisions will divide the West," he warned during a visit to the French embassy in Washington on Wednesday. He had previously described the subsidies as "super aggressive" towards French companies at a lunch with US parliamentarians.

The US might be able to solve its problems with it, "but you will increase my problem," he said over lunch. Without coordination between the US and the EU, "many jobs are at risk of being destroyed," Macron said. "I only ask to be respected as a good friend."

The package provides $370 billion (around €357 billion) for climate protection and energy security - the largest investment in the fight against global warming in US history. Among other things, subsidies for electric cars, batteries and renewable energy projects “Made in the USA” are planned.

European leaders, including Chancellor Olaf Scholz, have criticized the legislative package signed by US President Joe Biden in August. It provides massive subsidies for US-made products and, in their view, penalizes non-US companies. In addition, the European Union (EU) fears that European companies could relocate their production overseas for this reason.

The dispute is likely to be a central topic of talks between Macron and Biden on Thursday in the White House. The French head of state arrived in the United States on Tuesday evening for a state visit lasting several days.

Despite his criticism, Macron, in his speech at the French embassy, ​​called the France-US relationship "stronger than anything else".

‹ ›
Keywords:
BidenJoseph R.MacronEmmanuelNewsteamInflationSubventionenWelthandelTexttospeechUSAWashingtonFrankreichEmmanuel MacronEuropaPolitikKlimawandelEU (Europäische Union)
Your comment has been forwarded to the administrator for approval.×
Warning! Will constitute a criminal offense, illegal, threatening, offensive, insulting and swearing, derogatory, defamatory, vulgar, pornographic, indecent, personality rights, damaging or similar nature in the nature of all kinds of financial content, legal, criminal and administrative responsibility for the content of the sender member / members are belong.
Related News