Her fate occupied people all over the world: the 22-year-old Mahsa Amini from Iran was apparently doomed by the strict moral standards in her country. 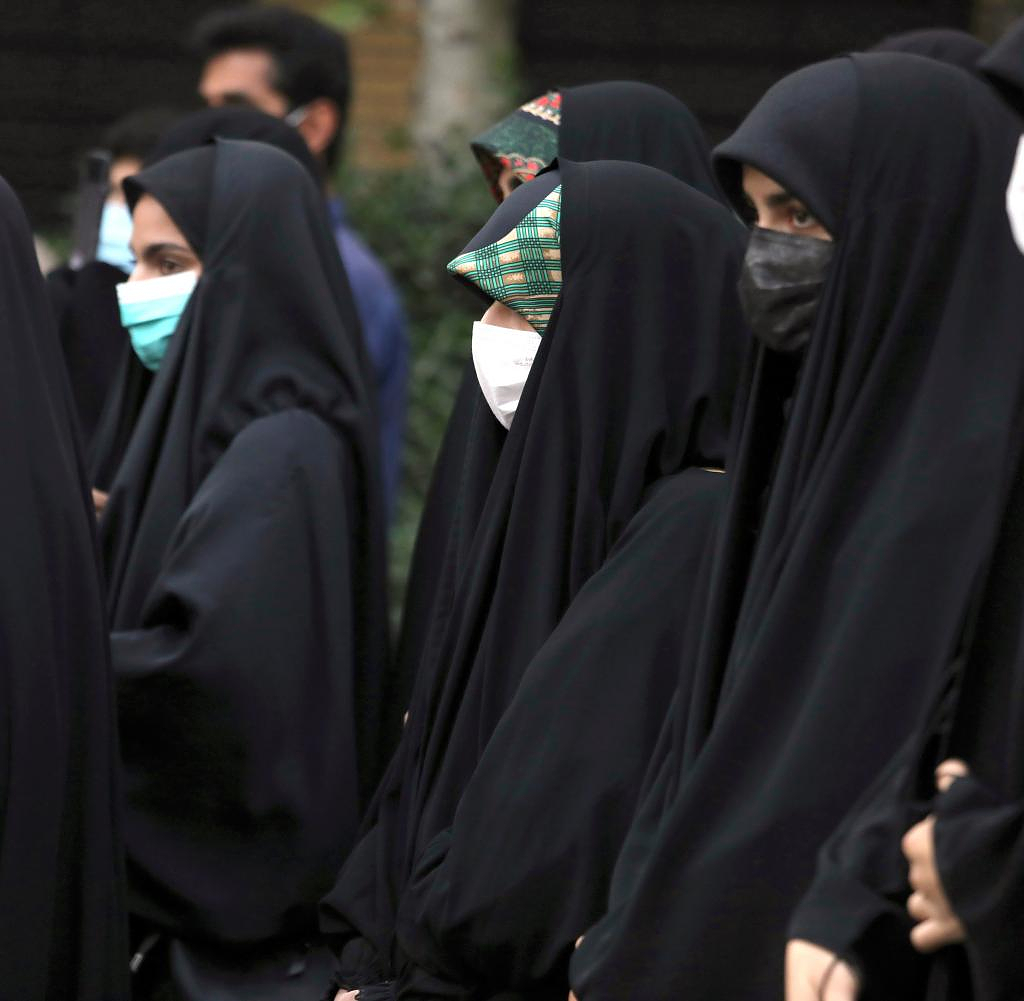 Her fate occupied people all over the world: the 22-year-old Mahsa Amini from Iran was apparently doomed by the strict moral standards in her country. Family and friends of the young woman unanimously report that after being arrested by the morality police, Amini first fell into a coma and is now dead.

In protest against the death of Amini, well-known Iranian women cut off their hair. With the videos and photos shared on the Internet, the women wanted to express their solidarity with the young woman. Among them was the well-known actress Anahita Hemmati.

The brother of the dead told the Iran Wire website that the 22-year-old suffered an epileptic seizure and a heart attack, according to Iranian authorities. The Morality Police ensure strict compliance with dress codes for women, including compulsory headscarves.

According to reports, Amini did not wear the so-called hijab as requested, while other sources write that the inspectors considered her wearing the headgear "incorrect" and "un-Islamic".

According to the brother, only two hours passed between the arrest and the admission to the hospital. He announced a lawsuit. A statement from Tehran police confirmed that the woman was arrested for "explanations and instructions" on the dress code. She "suddenly had a heart problem" and was "immediately taken to the hospital with the support of the police and emergency services."

At first it was not clear what happened between her arrival at the police station and her transport to the hospital, and there are still many unanswered questions.

The case was presented on the Internet as follows: According to this, Amini was initially arrested because her headscarf did not fit properly. After protesting against her arrest, she was taken to the police station by the police. There, in turn, she is said to have been hit on the head, which led to a cerebral hemorrhage. However, the authorities vehemently denied this claim.

The social media service 1500Taswir, which tracks human rights abuses by the Iranian police, shared a photo of the 22-year-old in the hospital. She had a breathing tube in her mouth.

The recording, but also a drawing inspired by it, was distributed and shared by numerous other accounts, many Twitter users openly expressed their outrage, and there is also speculation about a possible case of police violence.

Mahsa Amini's situation is an example of "deliberate crime," wrote Iranian free speech fighter Hossein Ronaghi. The "systematic oppression of Iranian women under the pretext of enforcing the headscarf" is a "crime".

Her death has sparked outrage and sadness across Iran. According to media reports, thousands attended the funeral of the 22-year-old in her hometown of Saghes in north-western Iran on Saturday. There are said to have been isolated calls of protest against the Iranian police. Many Iranians also mourned the loss of the young woman on social media.

After protests, the Internet in Iran is further restricted. "A significant internet failure was registered in Tehran," reported the London-based organization Netblocks. After the woman's death, videos with many security forces in front of a clinic circulated in the online networks.

The incident has now also been discussed in the Iranian parliament. Several MPs called for the police videos to be released to clarify the matter. Ex-President Mohammad Chatami also expressed criticism.

The Islamic headscarf has been mandatory in Iran since shortly after the Islamic Revolution. Some women, supported by US activist Masih Alinejad, have defied the rule by removing the headscarf in public.

‹ ›
Keywords:
TexttospeechNewsteamIranKopftuchStreitPolizeiMahsa AminiTeheranIranerinnenKrimiMoralpolizeiUSAVerbrechen
Your comment has been forwarded to the administrator for approval.×
Warning! Will constitute a criminal offense, illegal, threatening, offensive, insulting and swearing, derogatory, defamatory, vulgar, pornographic, indecent, personality rights, damaging or similar nature in the nature of all kinds of financial content, legal, criminal and administrative responsibility for the content of the sender member / members are belong.
Related News