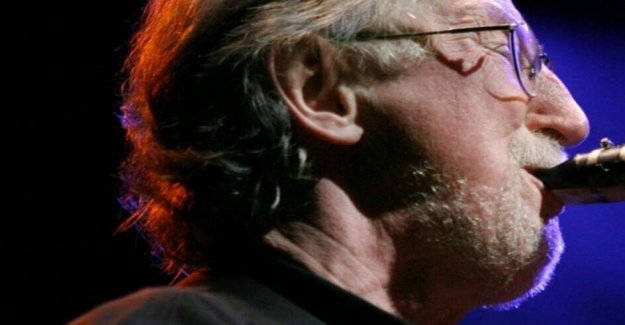 It is not the first time the saxophonist Jonas Kullhammar contribute to an older musician to the attention of the new. It is also not the first time he recalls how embarrassing unknown Finnish jazz is in Sweden. Overall, he feels rather given at the side of the Juhani Aaltonen this evening at Fasching.

But above all, say something about Aaltonen. For with a bit of curiosity on jazz at large and our neighbours in particular, it is not necessarily a series of norrbaggar with good funding for culture in the back that you want to prepare a place. Finland has a great tradition, with everything from the peculiar vildhjärnor as Edward Vesala and Iiro Haarla to a level at the sibelius academy in Helsinki, as in the day, maybe even surpassing the music academies in Sweden. The saxophonist and flautist Aaltonen, born in 1935, has been important for both parts. He played in duo with Vesala already in the mid-60s, and is also co-founder of the Finnish historic, perhaps the most important ensemble of modern jazz: AT the Jazz Orchestra.

Just to take a few rather formal example.

the music in the here and now. Aaltonen, Kullhammar, bassist Christian Meaas Svendsen (a Norwegian, in all cases) and drummer Ilmari Haikinheimo (who arranged it all) starts with relatively little predetermined. They play a range of compositions, but overall it reminds the music as soon as on the american free jazz – but with significant modification. The opening to the older styles like blues and spirituals, as was in many free jazz replacement namely Kullhammars and the Aaltonen group with a sort of melodic and melancholy that instead feels again from our own tradition. It is something we tend to simplify, as if it just came from folk music and general tungsinne. Here it is, in fact, more subtle and implied.

Obviously summarized it best a spring evening with freezing rain, before a fairly small audience, and these fine musicians on stage.