This is how Ulrich Seidl's controversial film "Sparta" really is

The scandal surrounding “Sparta”, the new film by Austrian film director Ulrich Seidl, didn't materialize: there was strong applause, standing ovations and not a single boo at the world premiere of the film in competition at the San Sebastián Film Festival. 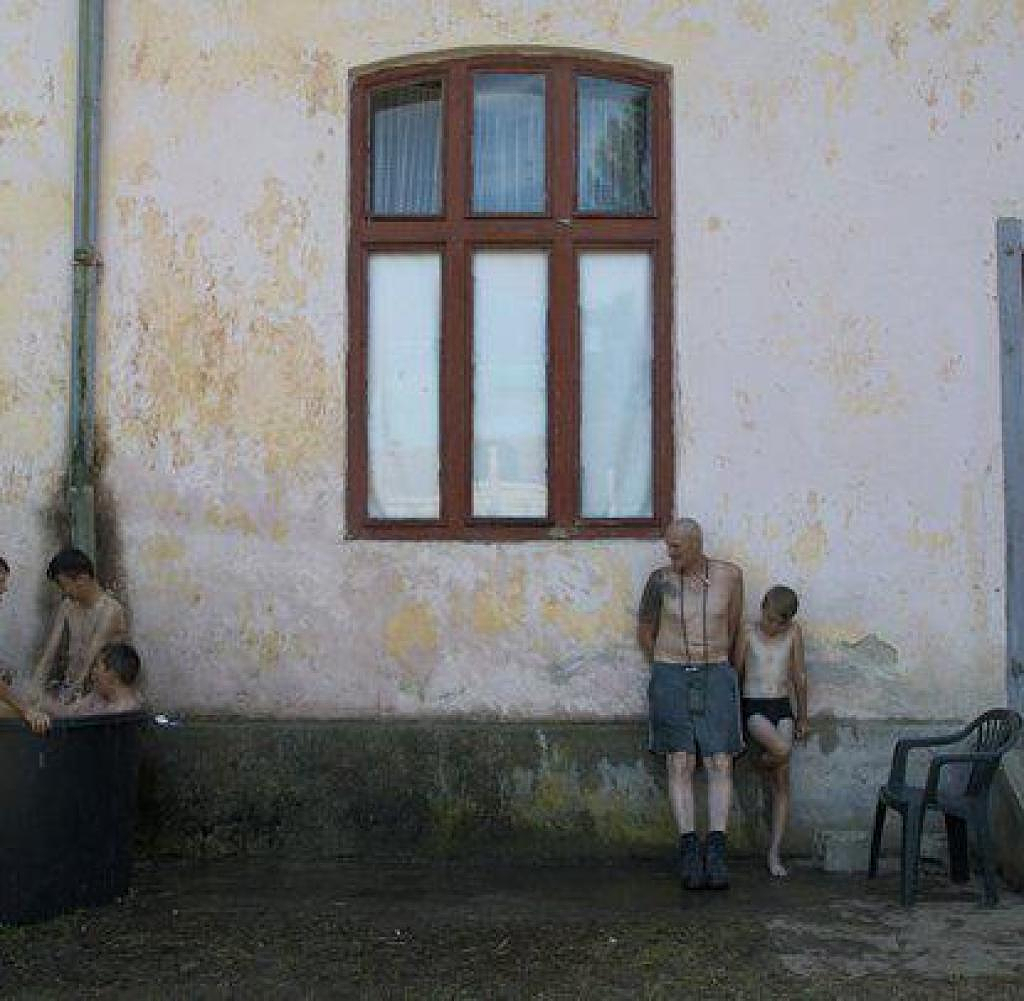 The scandal surrounding “Sparta”, the new film by Austrian film director Ulrich Seidl, didn't materialize: there was strong applause, standing ovations and not a single boo at the world premiere of the film in competition at the San Sebastián Film Festival. The team around the Viennese director must have breathed a sigh of relief - at the same time, the premiere in the Basque country was by no means normal, but special in many respects.

The day before, Seidl had canceled his trip to San Sebastián and thus the press conference that actually took place after every competition presentation. Not a single other team member - neither actors nor co-producers answered the journalists' questions - apparently they are convinced that any comment on the heavily disputed allegations only gives them unnecessary attention and that you can't put out this fire, but it have to burn out. It wasn't well received by everyone: A Spanish film critic commented: "Seidl refuses to defend his film. I can not understand that."

Because allegations are still being made that Seidl treated the Romanian youths involved incorrectly and violated his duty of supervision. The Toronto Film Festival then had "Sparta" removed from its program; Apparently he was fed up with accusations from those involved in the shoot that the director had taken advantage of children and not informed their parents enough about the plot's content.

On the other hand, José Luis Rebordinos, the director of San Sebastián, explained that he wanted to show the film in any case: A film that had already been invited would only be removed from the program if it was banned by a court, "Sparta" contains nothing that could be considered a crime represent.

In the Basque country, which had painful experiences with censorship during the Franco regime, people are traditionally very reluctant to do anything that sounds even a bit like restricting artistic freedom. Documentary films about ETA under police protection have also been shown here.

Seidl, who denies all allegations, explained his cancellation of the visit on Saturday: "I am very grateful to José Luis Rebordinos for standing by 'Sparta' from the start, despite the pressure from the media and despite the great turbulence that suddenly ensued . That means a lot to me. The first impulse to come to San Sebastián was not to abandon the film that my team and I have been working on for so many years. However, I realized that my presence at the premiere could overshadow the film's reception, while now is the time for 'Sparta' to speak for itself." Sparta” is shown?

"Such a day, as wonderful as today..." - in the very first shot of the film, a group of elderly people who are apparently demented try more badly than right to sing this song. You know the well-composed, symmetrical, latently clean camera angle from all Seidl films, you already know the old people's home setting from Seidl's last film "Rimini", which premiered at the Berlinale in February.

Both form a tandem, they are about two brothers and their father, one of the inmates of the retirement home, played by Hans-Michael Rehberg, who died five (!) years ago, in his very last film role.

Shortly thereafter, his son Ewald (Georg Friedrich) drives to Transylvania and practices Romanian in the car with cassettes. You don't really know what the man actually works until the end of the film. You can see that he has a Romanian girlfriend. It doesn't work out in bed, and otherwise he feels rather uncomfortable in her presence.

It is a great achievement by Friedrich, as he plays a hyper-nervous, tense man who is obviously constantly at odds with himself. He only finds relaxation in the presence of six to fourteen-year-old boys. Only gradually does it become clear that he also desires her sexually.

Soon he's buying an empty village school and converting it into a youth camp called "Sparta," where he's giving sanctuary to two handfuls of male children, teaching them judo, spending time with them, but never getting close to them in the wrong way.

What one can hardly simulate in retrospect - not even as the author of this text - is how we would have viewed this film if the allegations in the room had never existed? We would probably be a lot more surprised, maybe even more shocked by one or the other.

Now, for the time being, a disappointed expectation of a scandal dominates. Because "Sparta" is much calmer and much more humanistic and much less provocative than one might have expected. The (69-year-old) director's "mildness in old age", which some already noted in "Rimini", is also recognizable here.

No act of abuse can be seen in the film, nor is it implied. Rather, the character of Ewald is one of those pedophiles who, against all odds, keep their drive in check with discipline and willpower and just don't live it out.

At the same time it is obvious that pedophilia is not at the center of the film. Rather, “Sparta” is about the violence of the fathers. The action in Romania is repeatedly interrupted by short scenes in which Rehberg's character sings Nazi songs or quotes from Hitler's speeches. The violent upbringing of this father, who was thoroughly influenced by fascism, marked his sons for life.

One can even understand "Sparta" as seeing the son's pedophilia as the result of a traumatizing upbringing. This film is by no means about sympathy with pedophilia, it's about showing a men's union, the violence of men's unions, but also the feelings that are allowed and possible in men's unions.

If you want to accuse this film of something, then at most that it shows a pedophile character as the only really positive thing in the film. Because Ewald is the only one who takes care of the boys; he tries to help the children, some of whom are abused at home, against their families – this is exactly what makes his parents hate him.

There is no question that this film is a tightrope walk. But this is more in its history than in its production conditions. If you can tell this from a film at all, the children involved have fun with the film scenes. Regardless of the quality and effect of the film, it must now be clarified what the allegations are about.

‹ ›
Keywords:
TexttospeechSeidlUlrichKinofilmePädophilieRumänienInternationales FilmFestival San Sebastian (Spanien)ÖsterreichFilmSan SebastianUlrich SeidlSpartaGewaltBaskenlandTranssilvanienRiminiMilanBerlinale Premiere
Your comment has been forwarded to the administrator for approval.×
Warning! Will constitute a criminal offense, illegal, threatening, offensive, insulting and swearing, derogatory, defamatory, vulgar, pornographic, indecent, personality rights, damaging or similar nature in the nature of all kinds of financial content, legal, criminal and administrative responsibility for the content of the sender member / members are belong.
Related News