How does culture make it out of the permanent crisis? 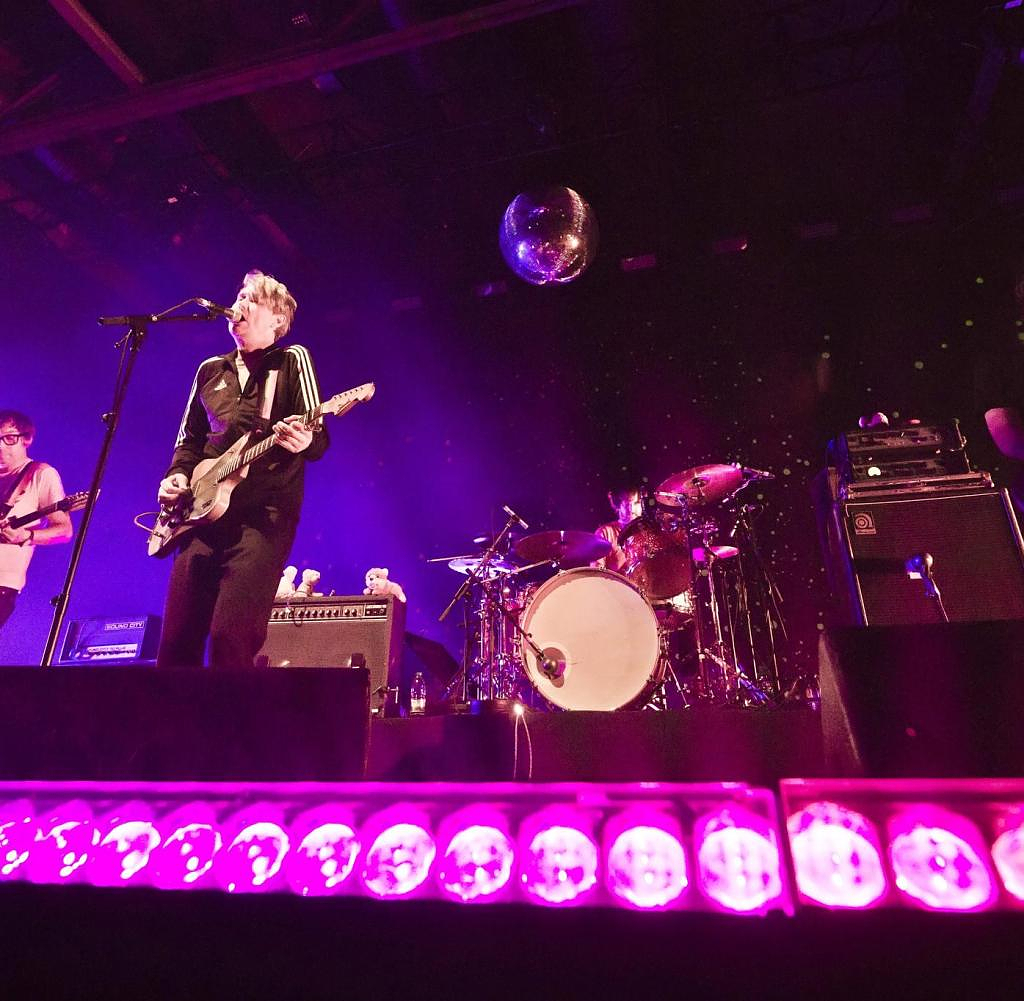 In the middle of autumn, two completely contradictory reports published at the same time confused attentive music lovers: "Fettes Brot concerts almost sold out" and "Tocotronic tour postponed due to lack of ticket demand". Both bands based in Hamburg, founded in the early 1990s and with a loyal fan base.

The difference: Fettes Brot had announced the break-up of the band months earlier and flanked it with a finely orchestrated marketing campaign, Tocotronic simply wanted to go on tour as normal. It's a phenomenon that's affecting the entire culture industry: clever marketing and big names as well as unique highlights. The day-to-day business, on the other hand, the routine or the repertoire, are currently having a hard time. Just like smaller productions and newcomers.

After two years of Corona, rising costs and a high inflation rate are also making the situation worse. At the same time, the Corona aid will expire at the end of the year. Even though Minister of State for Culture Claudia Roth has already announced a “Culture Fund Energy” that should take effect retrospectively from January to October, some cultural workers are already talking about 2023 as the “year of fate”. With new ideas, they are now trying to rekindle the desire to go out, celebrate, go to the cinema, concerts and theaters, even away from the big names and cultural highlights.

WELT AM SONNTAG took a tour of Hamburg's cultural institutions and talked to many of the makers.

The small private theater directly on the Elbe relies on a low-threshold opera experience and on so-called inversive theatre. This means that the audience sits in the middle of the production. "We had to limit ourselves extremely due to the corona restrictions and only play on stage," says director Inken Rahardt. The house currently uses 120 of the approximately 250 possible seats.

And yet it feels well positioned, also because word of mouth works well. A well-known opera starts this week with Puccini's "La Bohème". "Such classics usually work very well," says Rahardt. Nevertheless, your theater is also struggling with enormous cost pressure. Due to numerous failures in the past, the facility is now starting with multiple staff for the first time, which causes costs and additional work.

The theater would not have survived without the Corona aid from the federal and state governments. “Many artists and trades have reoriented themselves during Corona. The fact that we were classified as 'not systemically important' also damaged motivation and reputation," she says. For Rahardt, the most important thing is to “take people on the journey again” so that they realize what they have missed and missed without culture.

"It doesn't look as gloomy as it often seems, at least not for us," says Michael Bellgardt, spokesman for the State Opera. Subscription sales for the 2022/23 season are back to pre-Corona levels. Until the end of November, the State Opera is offering these loyal visitors the opportunity to purchase additional tickets at a standard price of 15 euros. Basically, he has found that repertoire performances are somewhat more difficult than new productions. "The Flying Dutchman", for example, was almost sold out until the last performance. However, the State Opera does not have to speak of empty halls anyway. All seats can be booked there again and often sold out up to the fourth tier.

The team around Schauspielhaus director Karin Beier (photo) is in a positive mood. By the end of October, 70 percent of the current season had been booked, and by the end of December 90 percent of “Woyzeck” and the Christmas play “The Thief Lord” had already been sold out.

And the number of subscriptions is back to the level of 2019, with the same prices, as a spokeswoman emphasizes. In addition, the theater has launched a 9-euro ticket for pupils, students and trainees as well as for those on low incomes. For the second year in a row, it is offering a “Bloomy Sunday” every two months in the Junges Schauspielhaus am Wiesendamm. Behind it is a kind of three-course menu for families, consisting of a children's play, a drama-pedagogical offer and lunch. Basically, the house is self-confident: "First and foremost, the house's program is the argument for a visit to the theater."

With 743 seats, the largest private spoken theater in Germany reacted early with a voluntary self-restraint and only offers its own productions with a space of 60 percent. It wants to counteract the still widespread fear of infection and the discomfort. However, in the case of “Ghosts” and “The Accomplices”, the capacity utilization was only 50 percent.

And yet director Isabella Vértes-Schütter is optimistic. "Our Christmas fairy tale 'Snow White' is in particularly high demand," she says. In general, she has noticed that performances aimed at a younger audience, such as the poetry slam, are better attended. There are also special mediation offers such as backstage tours or theater talks.

Of course, the house is also feeling the cost pressure. It wants to counter this in the coming break with a switch to LED lighting in the stage and auditorium, and revise the youth section. "We have to keep looking at structural changes and reacting to them." Corona has simply changed people's going-out habits a lot.

"We're still a long way from 2019," says the managing director of the Zeise cinemas, Matthias Elwardt. Special events such as film talks or special campaigns, especially those related to Hamburg, worked well. For example, the busy cinema man invites choirs to performances of the rather small choral documentary “Our Hearts, One Sound”, which sing with the entire audience after the performance.

In addition, a six-hour documentary film spread over several days was enormously successful. But Elwardt also quarrels with the industry: “There is a lack of films that attract the public this year. With the new 'James Bond' and 'Rausch' we had better numbers last year than this year," he says.

There are too few must-sees. The evaporation of film reporting in the daily newspapers during Corona also contributed to this. "People don't even pay attention to a lot of good and especially smaller films," he says. After all: With Lars Jessen's "Mittagsstunden", Fatih Akin's "Rheingold" and this year's Cannes winner "Triangle of Sadness", all developed, shot or produced in Hamburg and supported by MOIN film funding, there are three mainstays in the program.

The clubs and concert halls had to remain closed the longest during the pandemic and had the strictest regulations. Nevertheless, the Knust am Lattenplatz continued to focus on open-air events with its “Knust Accoustics” early on, for which the operators had to fence off the site and introduce new access restrictions. Now the pre-sales are also going quite well for postponed concerts, but there is a high “no-show-up” rate, which is bad for the atmosphere and the gastronomy, says Tim Peterding, who is responsible for booking.

However, he does notice differences in the target groups: only 30 to 40 percent of the previous visitors come from the over-40s, while the younger audience appears to be more numerous. "We just have to keep reinventing ourselves and trying out new things," says Peterding. For the Advent weekends, Knust reactivates the vegan food truck on Lattenplatz, and it also invites you to the sustainable Christmas market. "It's a huge topic that concerns our industry and that we hope will attract people and make them aware of our concerts."

In order to limit the damage in the meantime, Knust introduced the "Energy Euro" for every event, which is intended to help the traditional club survive. But there are other construction sites: Staff is also becoming scarce in the event industry.

The music club on the Reeperbahn, with two levels for a total of 800 visitors, is struggling with very similar problems and is looking for solutions just as creatively. "Everything that defines us didn't exist for two years," says Alexander Kulick, who is responsible for booking at Moondoo. When the club was finally able to open again without restrictions in March of this year, the Ukraine war had been raging for just over a week. "It was a situation where celebration felt wrong," he recalls.

Now the focus is on making it possible for as many people as possible to visit the club while reducing costs. With the latter, the Moondoo started a little involuntarily during Corona. Because the travel restrictions changed too quickly and were difficult to understand, the Moondoo focused on regional players. This saves accommodation and travel costs as well as CO₂ emissions and also strengthens social networking within the scene.

In addition, the Moondoo is one of the first five clubs to start this weekend with a digital ClubCard from the Hamburg start-up PartyMate. For EUR 9.99 per month, the app offers free entry to the participating clubs. The tool also enables the clubs to use the data to generate reliable forecasts of the number of visitors without resorting to personal data.

"We're not doing well at the moment," says Frehn Hawel from the Hamburg Karsten Jahnke Konzertdirektion and gives several reasons for this: the season didn't start again for her until May, so the catch-up shows have been delayed until now, but at the same time there are new and younger artists and artists wanted and had to perform again. “That leads to oversupply. Some are already oversaturated,” says Hawel.

In addition, many people are still afraid of infection. Added to this is the concern of skyrocketing costs. For him it is now about regaining trust. “It is important that the acts take place reliably again. As soon as people go out, you also notice that they are enjoying the short break from everyday life.” He is positive that festivals are in great demand again: “Young people in particular want to experience music live again,” he says.

‹ ›
Keywords:
HamburgKulturMusikMusikclubsTheaterKinoMatthias ElwardtKulturfonds EnergieDrew SycamoreKarin BeierErnst Deutsch TheaterWiesendammElbeCoronaZeise KinoKarsten JahnkeSchauspielhausTocotronicKonzertdirektion
Your comment has been forwarded to the administrator for approval.×
Warning! Will constitute a criminal offense, illegal, threatening, offensive, insulting and swearing, derogatory, defamatory, vulgar, pornographic, indecent, personality rights, damaging or similar nature in the nature of all kinds of financial content, legal, criminal and administrative responsibility for the content of the sender member / members are belong.
Related News