Small, she imagined an astronaut, a seamstress or gardener... "I then change my mind all the time," she says, opening the big eyes mutineers. But his voice wa 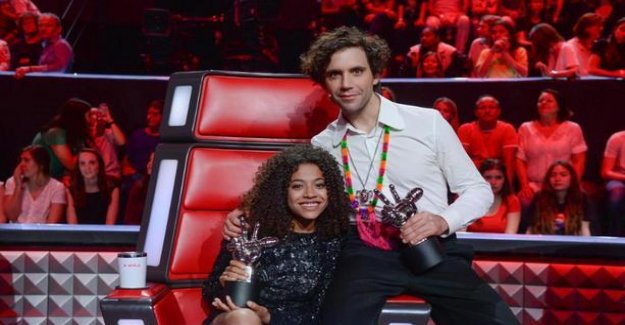 Small, she imagined an astronaut, a seamstress or gardener... "I then change my mind all the time," she says, opening the big eyes mutineers. But his voice was right in his hesitation. While doing law studies to prepare for the notary, she went into the crazy adventure of "The Voice", a competition she won last year.

This stamp if an integer, if just triumphed over the critics, always so many in the face of the talent. Add to this a true spontaneity - what can be more refreshing these days ! we could only bow. Like what a popular show, in the purest style of radio hooks of the past, redesigned to the taste of the day, can still produce surprises.

We discovered Slimane four years ago, today it is the turn of Whitney to enchant the listeners. She released a debut album at Mercury/Universal that the multinational company has a product with a lot of care. "It is in the variety, but there are times intimate, as in the title Nocturne" explains Whitney, who, at age 20, did not seem surprised of his success. Before adding : "This album is the thing I'm most proud of. "The danger with these artists who have such voice capabilities is precisely to make albums of demonstration and vocal prowess, where they are encouraged to "bombard" their voice. Here, fortunately, Whitney and arranger Alban Lico took the party opposite : very acoustic in which the piano and the voice dominate.