While waiting to regain De Niro and DiCaprio, Scorsese films his confinement

In Les Misérables, Victor Hugo wrote : "Any man who stood, isolated." Martin Scorsese took advantage of the confinement, a period of forced isolation, to make 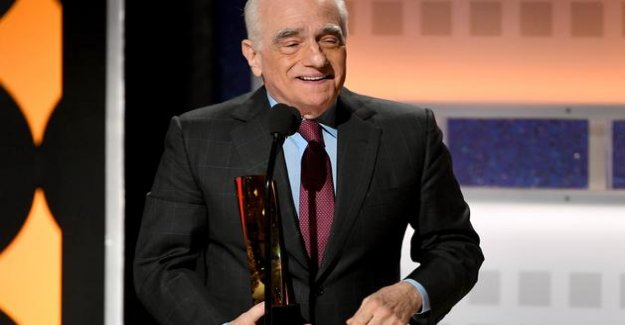 In Les Misérables, Victor Hugo wrote : "Any man who stood, isolated." Martin Scorsese took advantage of the confinement, a period of forced isolation, to make their own the philosophy hugolienne. While the global epidemic interrupted the filming of the Killers of the Flowers Moon, which brings together Leonardo DiCaprio and Robert de Niro, the american filmmaker has not abandoned his camera.

read also : Apple will produce the next film from Martin Scorsese

Inspired by the Covid-19, its pangs and its social consequences, it will, in the end of the day, a short film, in Lockdown culture with Mary Beard, a talk-show geek of the BBC Two which discusses the interactions between the notions of risk and creativity in the culture.

Martin Scorsese, who will comment on his film in the manner formerly of Alfred Hitchcock ensures that it is very personal. But his first presentation leaves little clues to try to guess the subject the exact this short film containment : "What I would wish for the future is to consolidate in my inner heart with my experience. Here, we return to the essence of things: those that we love and the attention that we must bear."

The presenter of the broadcast of BBC Two, Mary Beard, has, however, been less cryptically that the famous filmmaker when she replied to the questions of our fellow Variety : "Martin Scorsese will close this series of interviews in beauty. We'll see, in him, looking back to the containment through the prism of classic films, such as The False Guilty of Hitchcock. What is particularly clever. The genius of Cold Sweat reviewed and analyzed by another genius of the cinema."

The appointment is therefore made to see, from 19h, today, 28 may, on channels BBC Two and BBC iPlayer, the journal of the confinement of Mr. Martin Scorsese's...

And as a taste to the scoop scorsésien, a preview of the cultural program of Mary Beard broadcasted on may 23, on BBC...