This is a true French institution. Since 2015, it welcomes more than 2 million visitors per year. The park of the Puy du Fou has announced its reopening for the 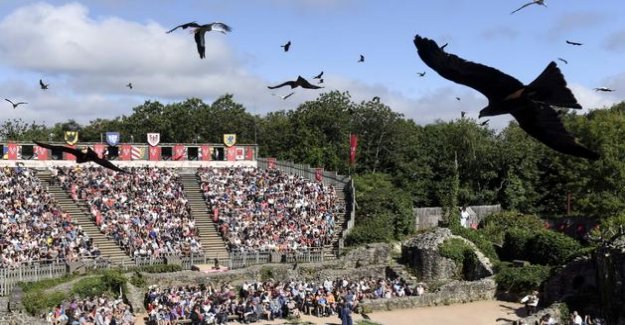 This is a true French institution. Since 2015, it welcomes more than 2 million visitors per year. The park of the Puy du Fou has announced its reopening for the June 11, claiming to have been informed, by the intermediary of its creator, Philippe de Villiers, the decision of the president of the Republic to reopen the tourist attractions and theme parks in the green area on 2 June.

"Thanks to Emmanuel Macron his cordial message. Thank you for having transferred the folder from the Puy du Fou in the Council of Defence. The Puy du Fou will will. The Puy du Fou live!", has delighted the founder of the resort of the vendée, Philippe de Villiers, warned by the Head of State by SMS of the next re-opening of its theme park.

A message that is immediately mocked the novelist Pierre Lemaître, pointing the finger at the complicity between the president of the Republic and Philippe de Villiers. "We can laugh of anything but not with anyone", has written the bestselling author of goodbye up there on Twitter, attaching a photo of the president of the Republic hilarious to the sides of the former leader of the Movement for France.