The Metropolitan Opera of New York just announced : the season 2020-21 will start on 31 December, three months later than expected, because of the pandemic of s 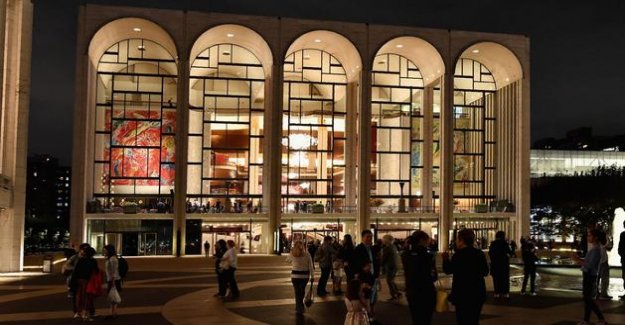 The Metropolitan Opera of New York just announced : the season 2020-21 will start on 31 December, three months later than expected, because of the pandemic of sars coronavirus. The institution is also investigating the possibility to shorten some of the representations.

"in view of the enormous organizational complexity of the calendar of the Met, we have no other choice than to cancel our fall season," said general manager Peter Gelb in a press release.

read also : The Rome Opera house made the gamble of a summer season in the open air

"It is not possible to go back in a opera in September, when the social distancing remain in force", he added.

The production of Aida, by Giuseppe Verdi, which was to open the season on September 21, has been purely and simply cancelled, as well as that of The Angel of fire, by Sergei Prokofiev, whose performances were due to start on 12 November.

The new schedule will start on 31 December with a gala of exception, the details of which have not yet been announced.

If The magic Flute and Don Giovanni will be well played, as planned, in 2021, it will be in a staging that has already been seen in New York.

The "lack of time available for preparations necessary technical" has forced the organisers to renounce to present the new scene planned initially, including a Don Giovanni of the Belgian Ivo van Hove. To offset a portion of the cancelled dates, the Met has inserted in its new calendar for additional performances in February.

"In anticipation of the new expectations of the public", the New York city opera has advanced the hour of the rising of the curtain "whenever possible" and "addresses the reduction of the duration of some of the performances". The Handel's Giulio Cesare will last, for example, 3 hours and 30 minutes with one intermission against the 4: 30 and two intermissions up here.

The three representations of the fall which had to be filmed for the format of The Met : Live in HD broadcast in movie theaters around the world, will be replaced by reruns.

The city of New York to initiate the first phase of exit of the containment during the week of June 8. But this first phase does not concern the living arts, who will only resume their activity only during the fourth and final phase of the plan, to a date yet unknown.

No theatre or concert hall at New York had not yet announced to date of specific date of reopening for concerts or performances with the public.