The French music accuses 4.5 billion euros in losses because of the sars coronavirus

"If the public authorities do not respond present, it will be the defeat of the music": it is the cry of distress of the music sector in France, which estimat 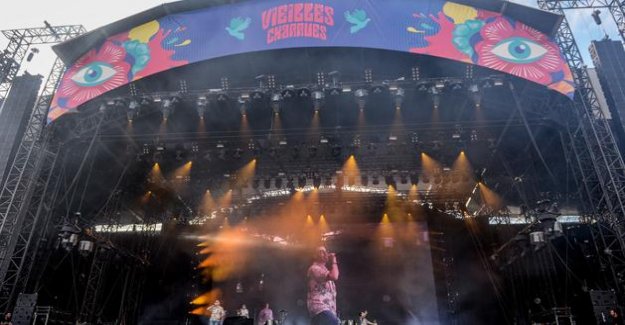 "If the public authorities do not respond present, it will be the defeat of the music": it is the cry of distress of the music sector in France, which estimates its losses to 4.5 billion euros in 2020 due to the health crisis. The data are made public by the association, All for the music (TPLM), according to a study by audit firm EY. The loss of revenue in the music sector as a whole are "estimated to be 43% of the estimates for the year 2020, or 4.5 billion euros."

read also : The music, affected by the crisis of the coronavirus

The activities most affected are those "show current music and variety, with losses that represent 83% of their projected revenue in 2020, or € 2.3 billion. With more than 4300 cancellations, the performances of classical music and creation are also strongly affected," says TPLM.

For the industry, it is the non-celebration of the music

Jean-Noël Tronc, director-general of the Society of authors, composers and publishers of music,

"This is the first time that the industry takes the word of how united, exposes to the AFP Jean-Noël Tronc, director-general of the Society of authors, composers and publishers of music (Sacem). For the industry, it is the non-holiday music. Because for a good part of the sector, remains closed. If the public authorities do not respond present, it will be the defeat of the music." "This is not a recovery plan that is needed in the sector, but a plan of reconstruction, because we are talking here about the destruction of values that are irreparable", he insists.

"The judgment of live and an industry that will definitely slow throughout the year 2020 will strongly gréver the income of composers, authors and music publishers of: the crisis of the Covid-19 will generate nearly 250 million shortfall for the copyright music in 2020, or 23% of the expected income over the year", can we still read in the report. As for the performers, they will lose more than $ 46 million of revenues, "and this off losses related to the cancellation of shows".

read also : "You will remain in life of confinis", the message in song of Pierre Perret in the government

And the Sacem itself is affected. "The general assembly of the Sacem has voted an exceptional measure that allows to immerse the company in the red, explains Jean-Noël Tronc. Usually, the rule is not to have a deficit higher than 5%. There is a level of 15% to 20% which has been allowed". More generally, the crisis has also a social impact with a high risk on the job" (257.000 currently in the music sector), "highlighting the major weaknesses of professions in the music sector," insists TPLM.

The boss of the Sacem is disappointed that the "strong words" Emmanuel Macron pronounced during his intervention on the culture of the may 6, have not been followed up. Like the rest of the industry. "If the organizers of shows, producers, festivals, do not have a recovery plan suited, we're heading for a disaster in 2021", thus preventing from the AFP Jerome Tréhorel, director of the festival des Vieilles Charrues.

read also : Intermittent, shooting, shows,... The measures of Macron for the recovery of culture

"The State has made great efforts, highly appreciated for intermittent. But we are still waiting for a recovery plan for those who are working, the enterprises of the show, because if the producers put the key under the door...", is concerned with the AFP Ben Barbaud, head of the Hellfest, the festival dedicated to the metal scene.

If the organizers of shows, producers, festivals, do not have a recovery plan suited, we're heading for a disaster in 2021

"the president of the Republic had talked of four months, without charge for authors-composers, but since there has been no clarification on the implementation and it is a matter of concern", developed by Jean-Christmas Trunk.

The music sector offers some measures to keep its head out of the water, such as "greater clarity and anticipation in the conditions for the reopening of the theatres and authorization of the festivals, in order to address the need for visibility". "At the level of social support, and tax, it is necessary to extend of 18 months, or the end of 2020 and 2021, the device activity partial of the entertainment industry", quotes John-Christmas Trunk.