The Doors, the hero of a comic strip for 50 years of their album worship Morrison Hotel

The checkboxes of the ninth art will resonate the unforgettable of Doors. To celebrate in large pump the fifty years of the album Morrison hotel (1970), Leah Mo 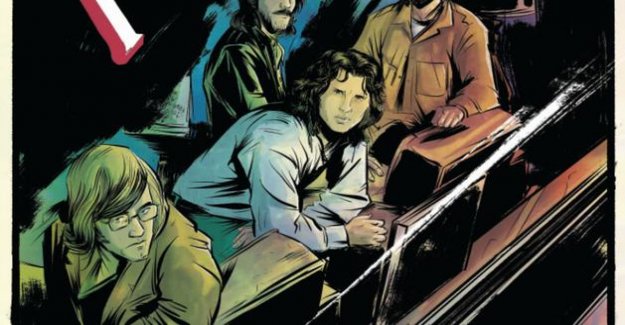 The checkboxes of the ninth art will resonate the unforgettable of Doors. To celebrate in large pump the fifty years of the album Morrison hotel (1970), Leah Moore, the daughter of writer Alan Moore (Watchmen), is planning to mark the event by devoting a comic book. Produced in collaboration with the surviving members Robby Krieger and John Densmore, the book will be released this fall in the United States and will be illustrated by several artists.

Entitled soberly Morrison Hotel, the graphic novel comes to the construction of the myth of the Doors, which led them "to the status of the architects of the counterculture, influencing artists, poets around the world, in the context of the end of the free spirit of the 1960s and 1970s," says the website of the publisher Z2 comics.

The cover is inspired by the cover of the album. Z2 comics

"A decade during which women, African-Americans, native americans, gays and lesbians continued to fight for equality. Not to mention the protests against the Vietnam war," adds the editor. A context sulphurous which was designed for the disk that sets the stage for the COMIC.

the cover of The album DR.

Fifth and penultimate album of the band, Morrison Hotel, an album of blues-tinged and known mainly for its opening title Roadhouse blues, marked the return of Jim Morrison to the composition. The title of the album comes from a real Los Angeles hotel where the members of the group have been photographed to illustrate the cover.